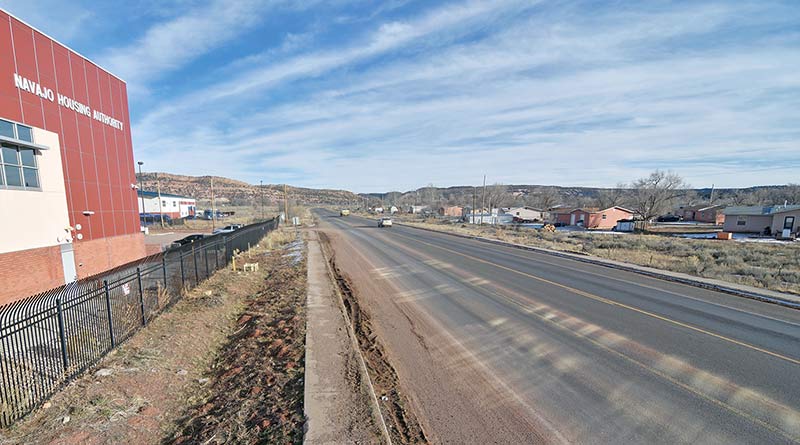 Tired of being a scapegoat: NHA board representatives respond to allegations and newspaper reports

A former and current member of the Navajo Housing Authority’s Board of Commissioners say they are tired of being the scapegoat for problems within the NHA.

And if the Navajo Nation Council hopes to make progress on the Nation’s homelessness problem, it must support its housing authority instead of constantly threatening its extinction.

Board Chair Derrith Watchman-Moore and former board member Frankie Lee were named to the NHA’s first Board-mandated professional board in 2017.

Watchman-Moore, currently a trustee of the US Environmental Protection Agency’s Phase II Removal Evaluation Trust, has a master’s degree and Lee is a professional engineer.

“We all came onto the NHA board wanting to be the best public servant we could be,” Watchman-Moore recalled.

Lee added, “The assumption was that the NHA was a broken agency, and we were there to fix it.”

Part of this hypothesis was based on a series of articles in the Arizona Republic titled “The Navajo Housing Tragedy”.

But after the new council did a little investigation on their own, they discovered that many of the claims made on the show were exaggerated or misleading.

Nevertheless, the board commissioned an internal audit, revised some policies, and abolished the sub-recipient program, where much of the audit findings came from.

It also digitized maintenance records, replacing an outdated system of paper forms that had caused delays and duplication, as well as land records.

On July 11, 2018, just over a year after the board accepted the resignation of NHA CEO Aneva Yazzie, it hired Craig Dougall as its new CEO. Roseate had years of experience with tribal housing authorities and seemed like a good candidate.

The council also had to take on two lawsuits with the federal Department of Housing and Urban Development that were pending appeal.

“We felt like we were on the right track,” Lee said. “We were excited to chart a new course for the NHA.”

Not fast enough for Councilll

But it soon became apparent that the new course was not moving fast enough for the Navajo Nation Council.

“We’re hiring a new CEO, we’re restructuring, we’re heavily involved in these lawsuits, and all we hear from the Board is ‘Build more houses, build more houses,'” Lee recalled.

The council also attacked the board for ending a grassroots scheme that set aside 300 free homes for veterans.

Watchman-Moore and Lee said the program violated their federal mandate to prioritize the “neediest of the needy.”

“Some veterans need a free house, and some don’t,” Lee explained. “If we give a house to an unqualified veteran, we take it away from a single mother with children or a grandparent raising grandchildren.

Some Council delegates were also pressuring the NHA to build homes in their chapters, Lee and Watchman-Moore said, especially ahead of the last election.

“I wasn’t prepared for the amount of politics that came with that advice,” Lee said. “We were trying to put the past behind us, but we kept having to deal with all these issues that were holdovers from the previous board.”

He was also unprepared for the time the supposed volunteer position took.

There were weeks when the Council met almost daily, and the Council seemed to expect them to be on call to show up at any time to answer questions, despite the fact that they all had shift jobs. day.

In October 2018, Dougall proposed in an email that board members each receive a quarterly stipend to help offset any time they spent on the NHA outside of their regular meetings.

“We weren’t getting paid for every phone call, every email,” Lee said. “I’ve counted over 3,700 threads since my time at the NHA, and each of those threads contains multiple emails.

“Keep in mind that we are professionals,” he said, “and all of that takes time out of our work.”

Wondering if a quarterly stipend was acceptable, the board referred it to BOC member Sean McCabe, a CPA, as well as NHA staff attorney and the Navajo Nation Department of Justice.

Nobody had a problem with that, so the board, after determining what they felt was fair for the hours he put in, approved a directive for a quarterly stipend of $12,000.

They didn’t know they had fallen into a trap. It wasn’t long before the board started having trouble with Roseate.

They can’t divulge what they were because it’s a staffing issue, but suffice it to say they got a white collar crime investigation done.

There is currently an extortion charge pending against Dougall, as well as a petition to ban him from the reservation, in connection with his dealings with the NHA.

After being fired in April 2019, Dougall took to the press with the stipend issue, saying it amounted to receiving stipend before meetings.

Although the council presented evidence to the resources and development committee that the quarterly stipends were Roseate’s own brainchild and had been carefully vetted by lawyers, council delegates continue to raise the issue when speaking from the NHA, including in a recent Nabik’iyati’ Housing Committee working session.

Lee and Watchman-Moore say they haven’t taken any allowances this year.

More recently, the board again came under fire for firing CEO Frank Dayish in February after less than a year in the role.

Dayish also went to the press, alleging his firing was retaliation for exposing some bad practices to the NHA, and that the board can’t fire him anyway because Watchman-Moore stayed past his term. , so the board no longer has a quorum. .

Lee and Watchman-Moore say Dayish simply didn’t live up to the terms of his contract, even after he was given an employee improvement plan, and if he spoke out on anything, he didn’t. spoke to the board.

Again, they can’t release details of the staff’s actions, but say the truth will come out in Dayish’s appeal to the Navajo Labor Relations Board.

As for staying beyond their terms, Lee and Watchman-Moore both admit that’s true, but not because they wanted to.

Lee, who was recently replaced on the board by another engineer, David Sloan, said he did not want to leave the board without a quorum during this difficult time (McCabe resigned before the end of his term, leaving Lee, Watchman- Moore and Kerrie Begaye the only three remaining of the original five-member board).

Watchman-Moore tendered his resignation two years ago but said Chairman Jonathan Nez had not accepted it, instead urging him to stay on until he could name a successor.
“It’s not our fault the government doesn’t appoint people to the board,” Lee said.

Recently, Watchman-Moore received an unsigned letter, without letterhead, claiming to be from DRC President Rickie Nez.

The letter was dated Jan. 25 and said Watchman-Moore was “hereby relieved” of his appointment to the board effective immediately, accusing him of dipping into federal coffers while working for the EPA and serving on the NHA Board of Directors.

She didn’t take it seriously because the President of the DRC cannot unilaterally revoke anyone from a commission appointment, but the letter was also sent to Watchman-Moore supervisors in EPA Region 9, what Lee calls “a personal attack on Derrith’s employment”.

Rickie Nez did not respond to an email at press time asking if he had written the letter and sent it to the EPA.

Watchman-Moore said her employers ignored the letter, but it still shook her that someone was trying to discredit her with her bosses.

“If they want professionals and then they go after people’s jobs, I don’t know who will want to sit on that board,” she said.

As for the Council’s constant criticism and press articles, “it just hurts,” she said. “If we have problems with each other, let’s solve our problems like we did in the old days, with kindness to each other.

“Yes, we failed to solve homelessness in the Navajo Nation,” she said, “but I can honestly say we did our best. We were appointed to be apolitical in a political process, and we did.

Lee said the board members are in an impossible situation.

“We are not employees, we are just volunteers,” he said. “We are certainly not public figures. We did not go looking for a public office.

“We accepted these nominations because we wanted to do something for our people,” he said, “not so we could be called upon by the Council to be yelled at.”