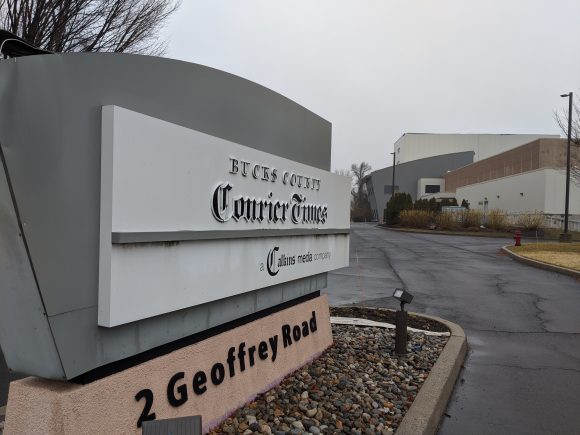 Supervisors have approved reducing the assessment of the 15-story Sheraton Bucks County Hotel, owned by Ashford Bucks LLC, from $1,200,360 to $750,000.

Before the assessment change, the hotel was paying about $198,500 a year in taxes between the three taxing agencies – Falls Township, Pennsbury School District and Bucks County.

The appeal for the Geoffrey Drive print shop, which was closed last year as part of the paper’s downsizing, was filed by Gatehouse Media, which recently merged with Gannett. The three tax authorities have agreed to reduce the property’s tax assessment from $449,400 to $315,950, which will lower the tax bill.

The establishment previously paid approximately $92,910 in taxes between the three tax authorities.

The shuttered print shop was sold by the newspaper company to Ag-Eip Two Geoffrey Drive LLC in December 2020 for $3.55 million, according to county property records. The building is currently listed for rental.

Calls for appraisals and re-appraisals are not uncommon and occur when a homeowner wants a reassessment of the value of a property. One of the most significant revaluations occurred when the value of the Oxford Valley Shopping Center in Middletown Township was reduced in 2019.

Report a correction by e-mail | Editorial standards and policies