PENGASSAN threatens to withdraw its services for 30 days

The death of Queen Elizabeth 11, which marked the end of a reign that spanned seven decades, dominated the front pages of Nigerian newspapers.

The Punch reports that world leaders have paid tribute to Queen Elizabeth II of England who died aged 96. The newspaper reports that the Petroleum and Natural Gas Senior Executives Association of Nigeria (PENGASSAN) has threatened to shut down oil production in the country if the federal government fails to curb the persistent theft of oil. 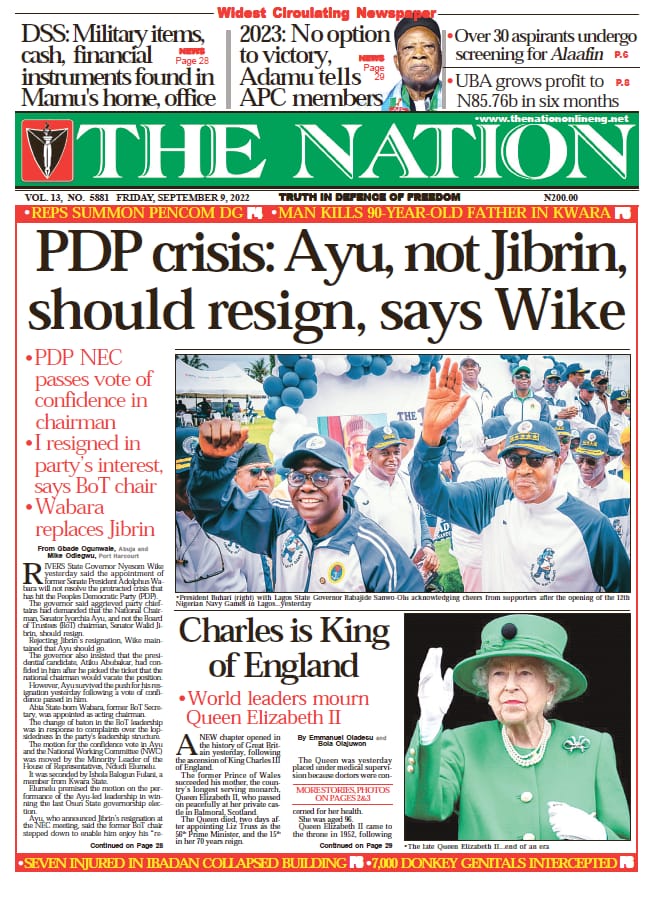 The Nation reports that Nyesom Wike, Governor of Rivers, has said that the appointment of Adolphus Wabara, former Senate President, as Chairman of the Board of the Peoples Democratic Party (PDP) will not resolve the crisis within the left. 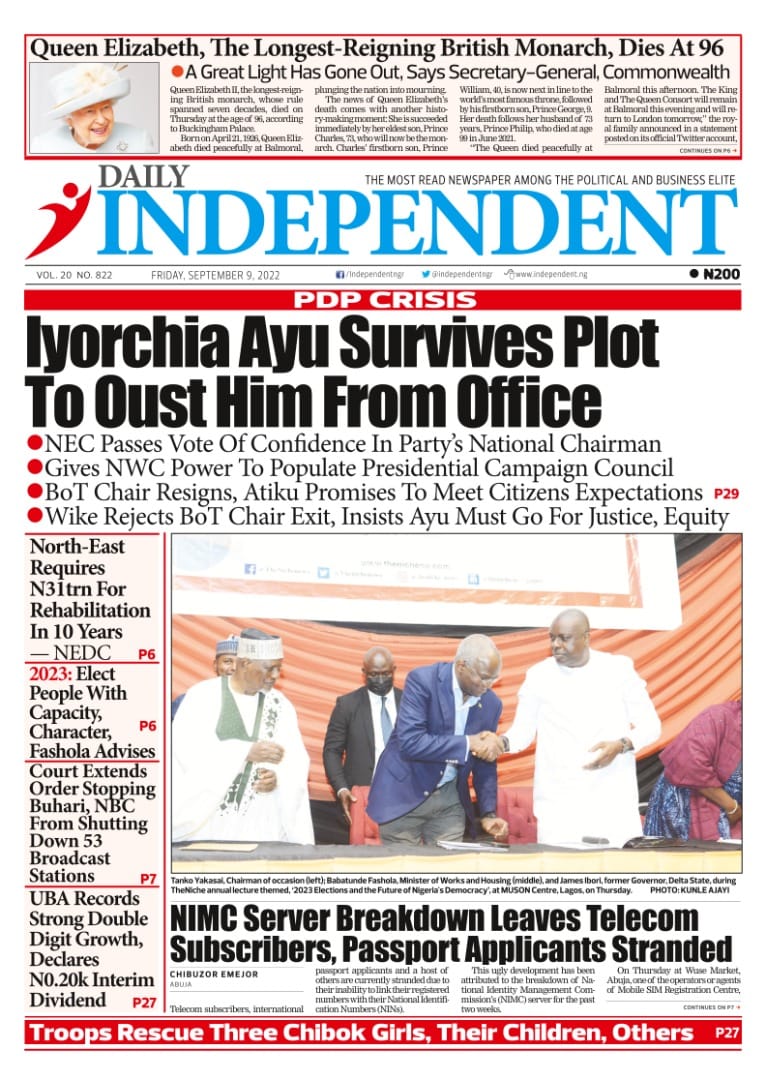 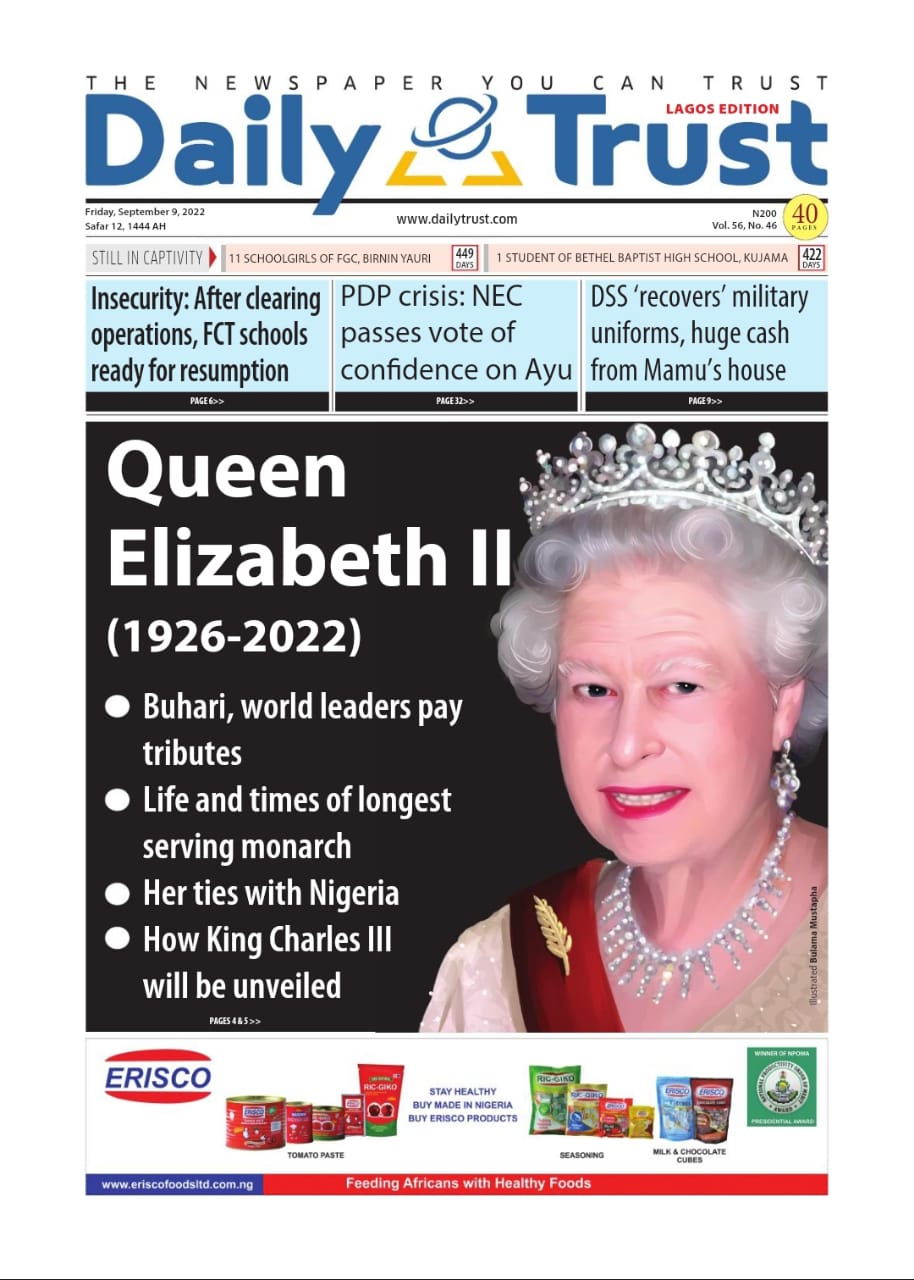 The Daily Trust reports that schools in the Federal Capital Territory (FCT) are set to resume after heavy shelling of criminal hideouts by the military. The newspaper reports that the Department of State Services (DSS) recovered military uniforms and cash from the residence of Tukur Mamu, the Kaduna train hostage negotiator. 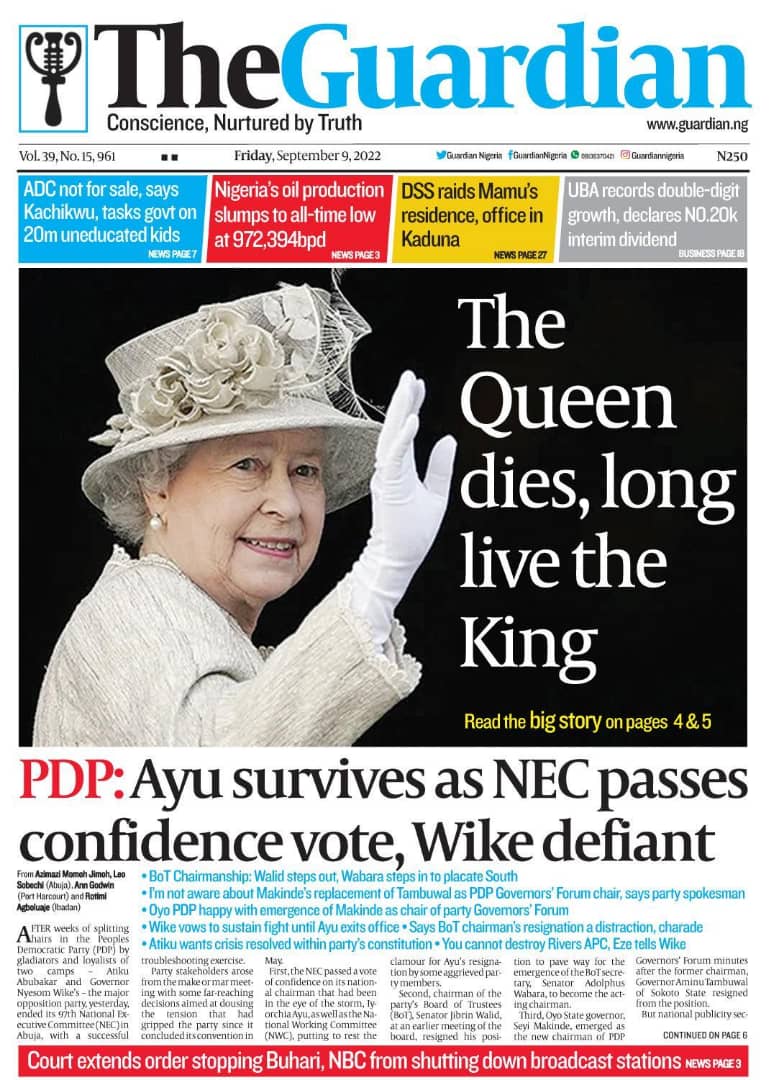 The Guardian reports that Nigeria’s oil production has fallen to an average of 972,394 barrels per day – a record low. The newspaper reports that a Federal High Court in Lagos has extended the order preventing President Muhammadu Buhari and the National Broadcasting Commission (NBC) from revoking the licenses of 53 broadcasting stations.