The decision to reconcile the factions of Atiku Abubakar, presidential candidate of the People’s Democratic Party (PDP), and Nyesom Wike, governor of Rivers, dominated the front pages of Nigerian newspapers.

The Punch says Wike loyalists have called for the PDP leadership to be restructured to accommodate more southerners. The newspaper reports that states are on the verge of procuring AK-47 rifles due to growing insecurity across the country. 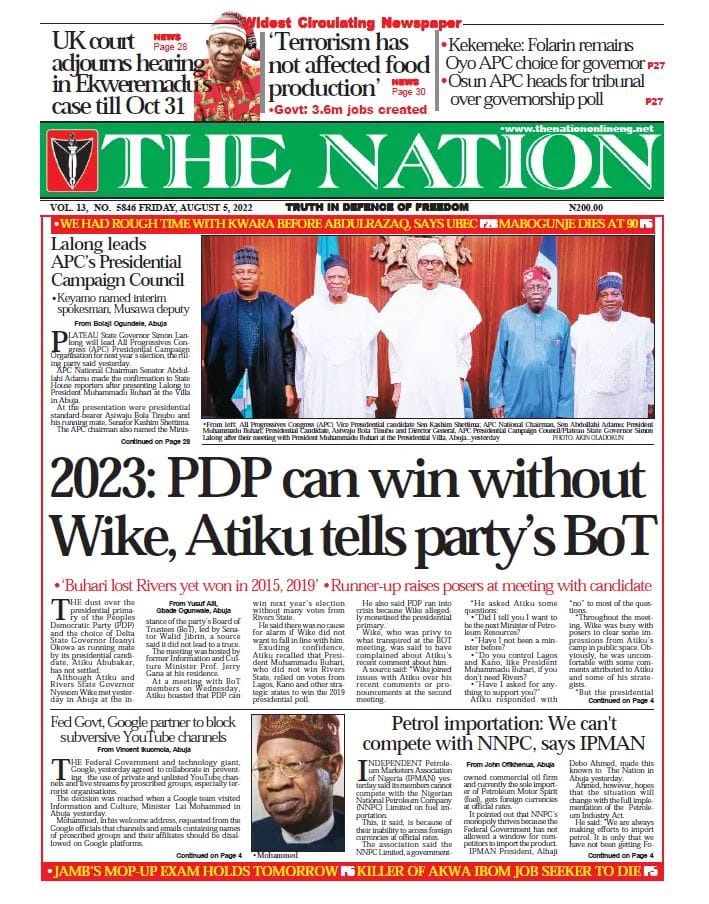 The Nation says that Atiku has informed the party’s board of directors (BoT) that the PDP can win the 2023 presidential election without many votes from Rivers State and without Wike’s support. 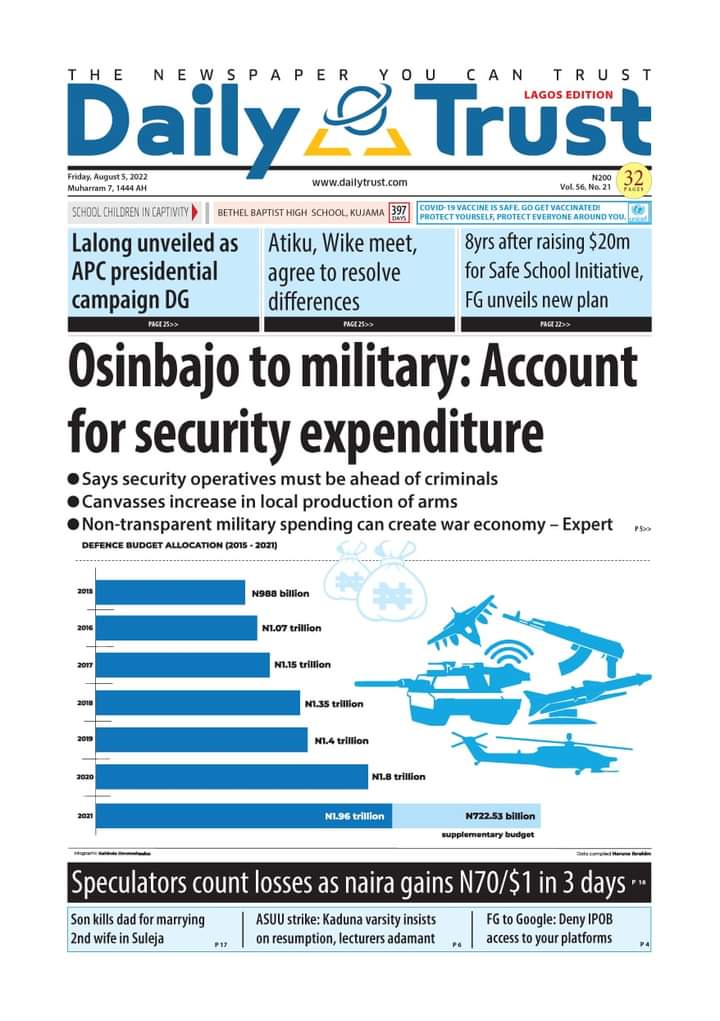 According to Daily Trust, Vice President Yemi Osinbajo called for transparency in the management of resources for the purchase of equipment for the army and other security agencies. The newspaper reports that Simon Lalong, governor of the Plateau, has been appointed general manager of the All Progressives Congress (APC) presidential campaign. 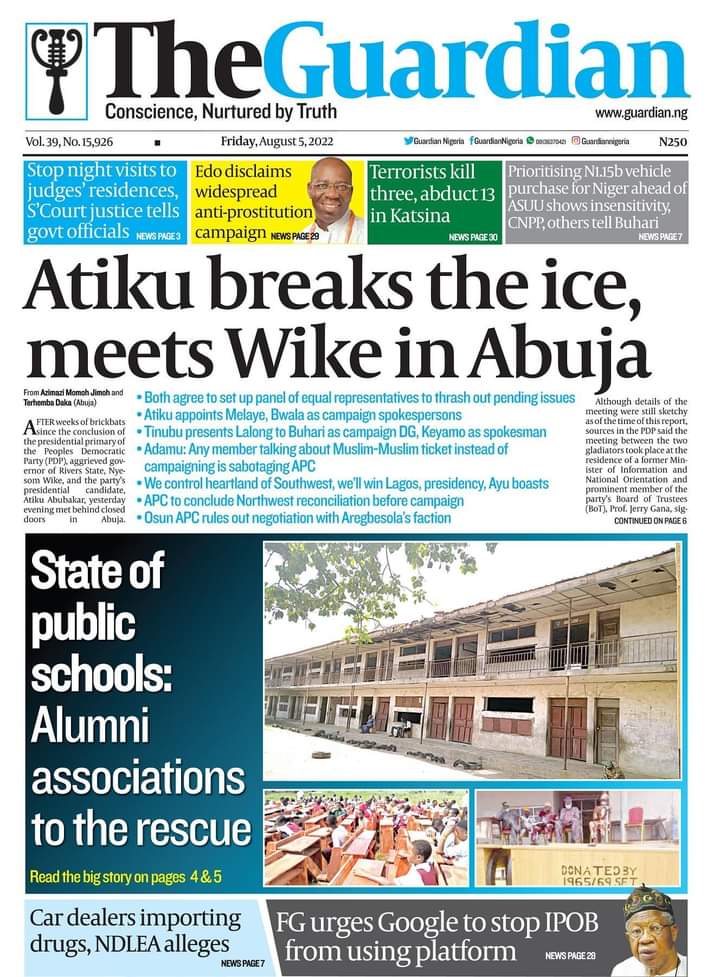 The Guardian reports that the federal government has asked Google to block Indigenous Peoples of Biafra (IPOB) from using its platforms. The newspaper reports that the National Drug Law Enforcement Agency (NDLEA) has alleged that some car dealerships are importing illicit drugs into the country. 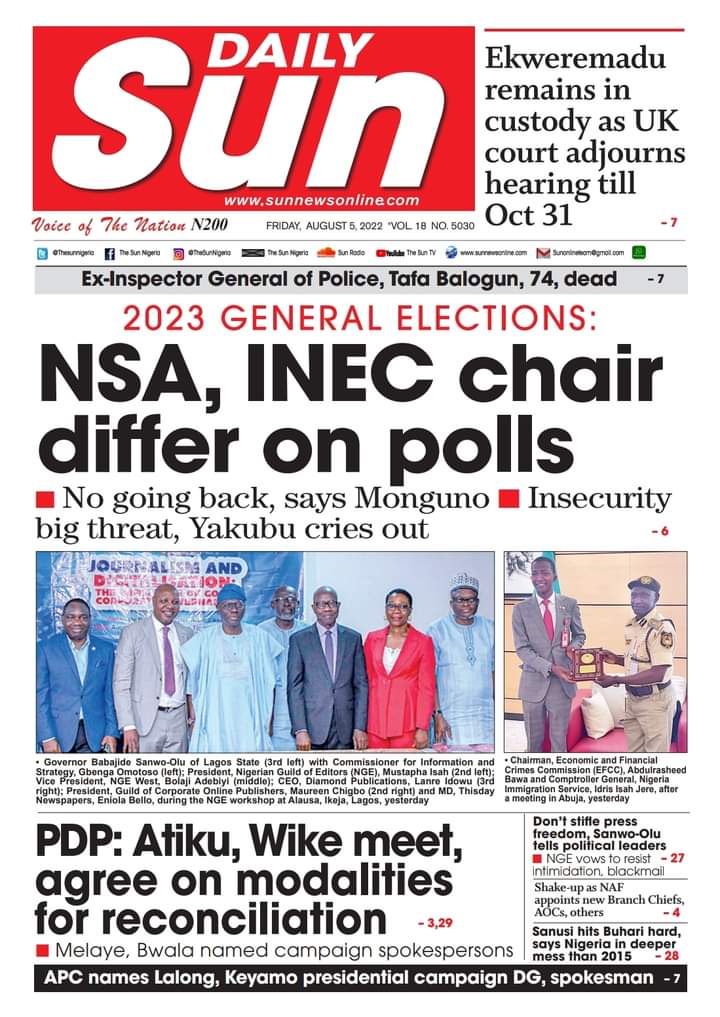 The Daily Sun reports that Tafa Balogun, former Inspector General of Police, has died. The newspaper says Ike Ekweremadu, a former vice president of the Senate, will remain in custody as a UK court adjourned his alleged organ harvesting case until October 31.