The approval of the N4 trillion naira gasoline subsidy by the National Assembly dominated the front pages of Nigerian newspapers.

The Punch reports that the United States government has approved the sale of 12 Cobra AH-1Z attack helicopters to Nigeria. The newspaper says the federal government has set April 2023 for the first national census in 17 years. 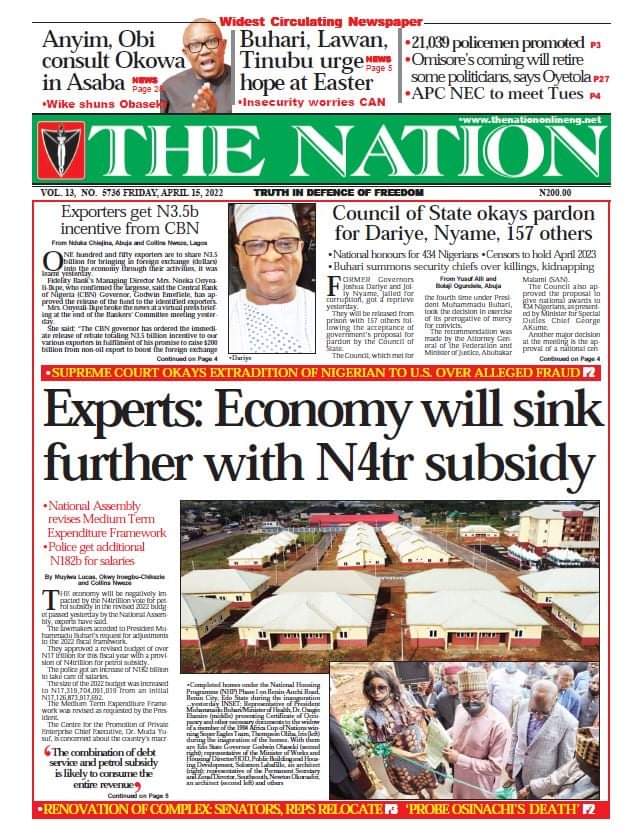 According to The Nation, experts have warned that the country’s economy will be negatively affected by the 4 trillion naira budget for petrol subsidies. The newspaper says the National Executive Committee (NEC) of the All Progressives Congress (APC) may meet after Easter celebrations to discuss plans for the party’s primaries. 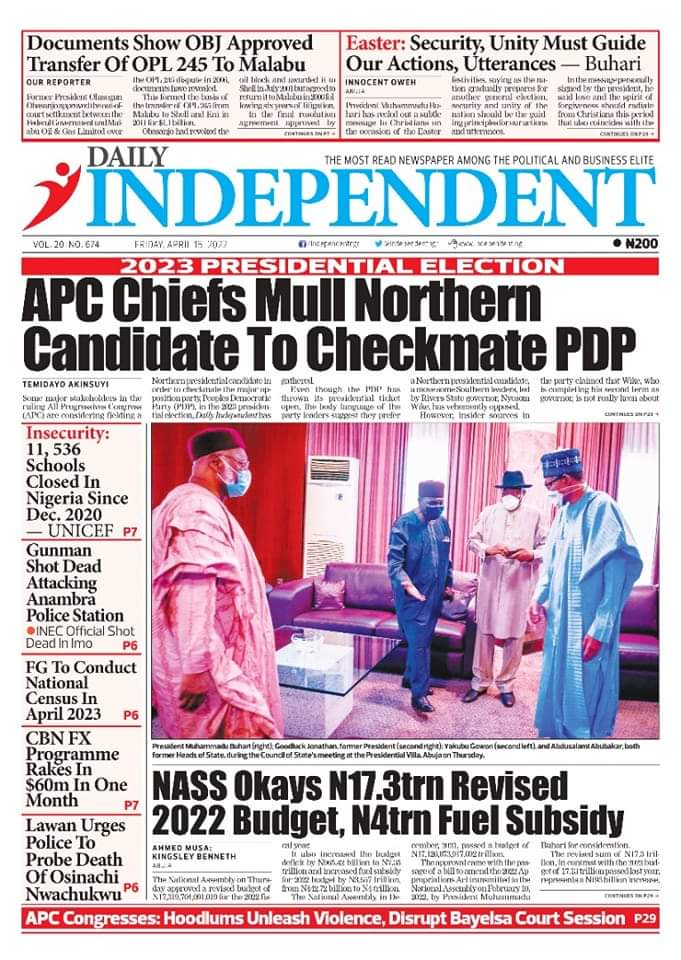 The Daily Independent reports that some APC stakeholders are considering a presidential candidate from the North to defeat the People’s Democratic Party (PDP). The newspaper reports that the United Nations Children’s Fund (UNICEF) said 11,536 schools have been closed in Nigeria since December 2020. 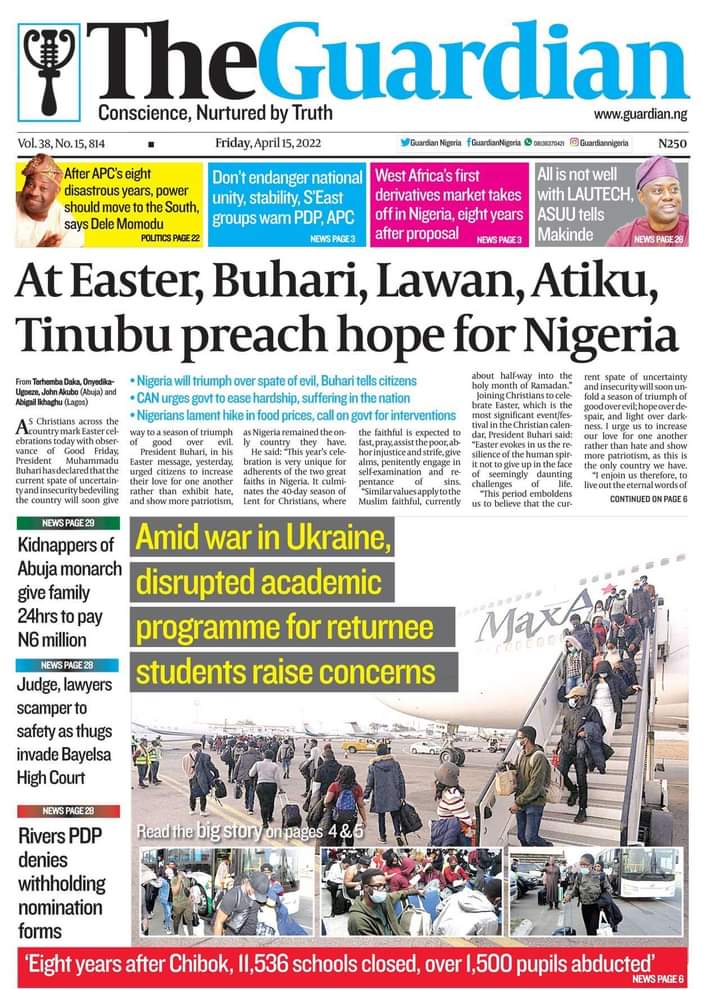 The Guardian reports that there is uncertainty about the education of Nigerian students who have returned from Ukraine due to the war in the European country. The newspaper says the kidnappers of Hassan Shamidozhi, the traditional ruler of Bukpe, Abuja, have demanded the monarch’s family to raise 6 million naira in ransom within 24 hours or risk losing him. 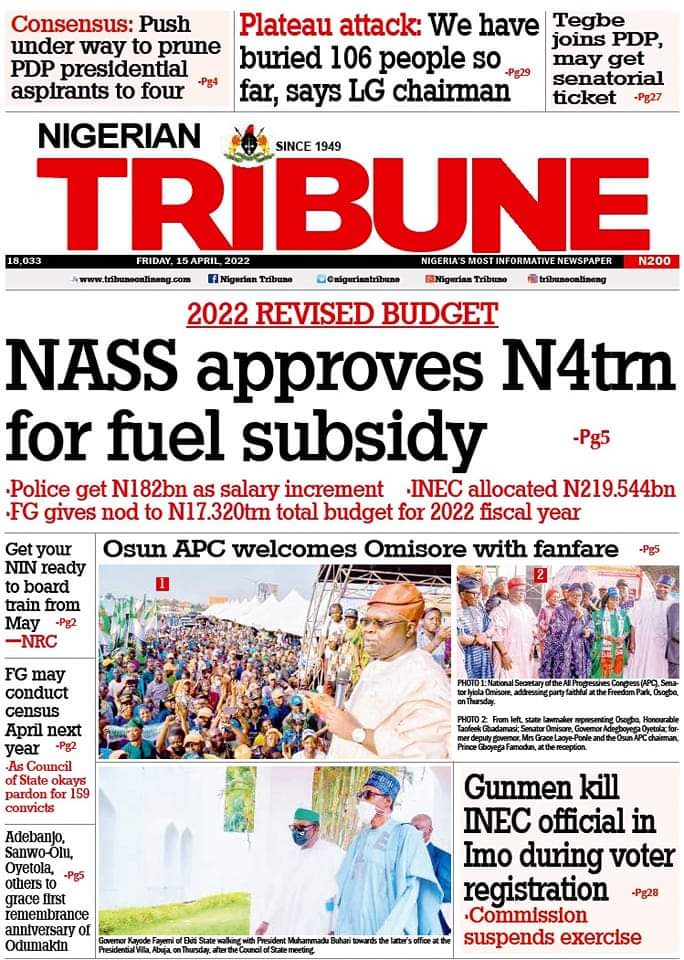