The restitution of housing allowances by some members of the National Working Committee (NWC) of the Peoples Democratic Party (PDP) has made headlines in Nigerian newspapers.

According to The Punch, All Progressives Congress (APC) presidential candidate Bola Tinubu plans to include 2,000 additional members on the party’s presidential campaign council. The newspaper reports that the House of Representatives has sounded the alarm over a possible Ebola outbreak. 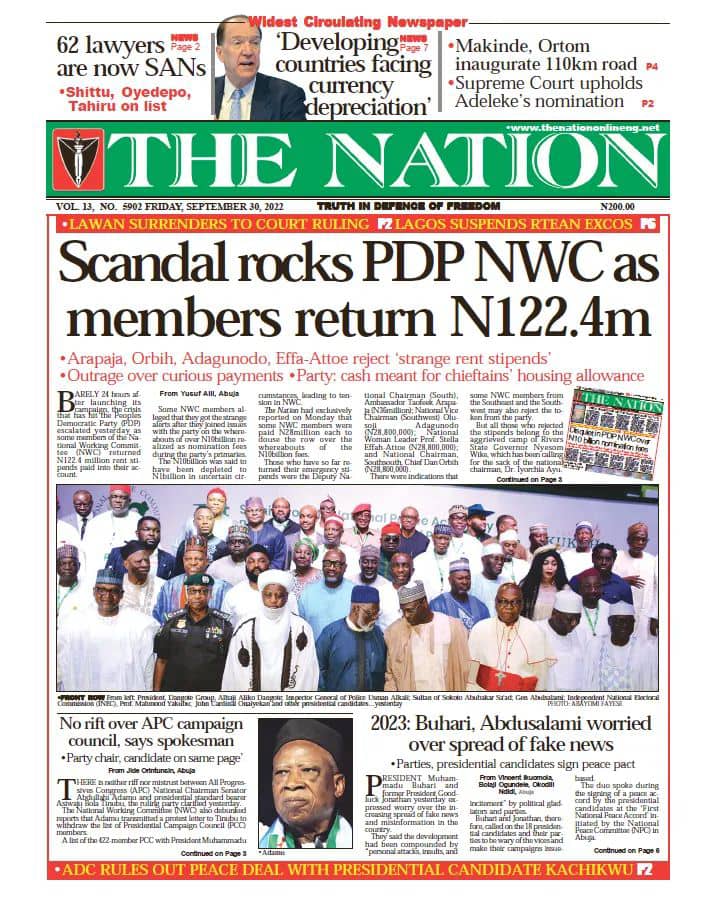 The Nation claims that the PDP crisis has worsened as some NWC members of the party have refunded 122.4 million naira paid into their bank accounts. The newspaper reports that the Supreme Court has confirmed the nomination of Ademola Adeleke, the elected governor of Osun and a candidate of the PDP. 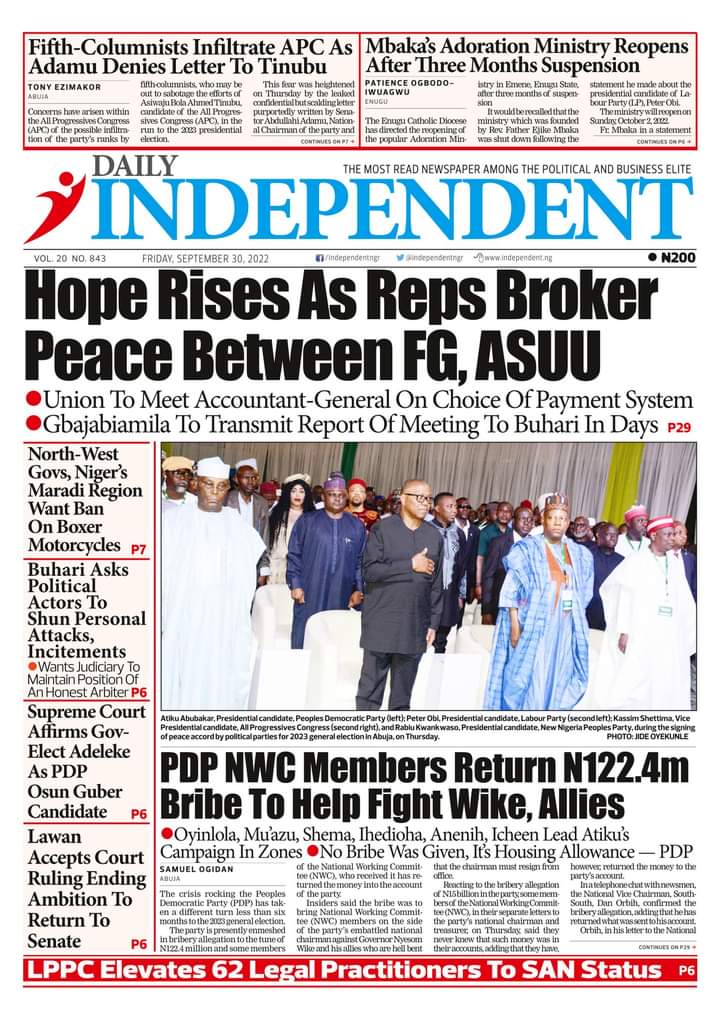 Daily Independent says the House of Representatives negotiated peace with the federal government and the Academic Staff Union of Universities (ASUU) over the ongoing strike by university professors. The newspaper reports that Ahmad Lawan, President of the Senate, has accepted the court’s decision recognizing Bashir Machina as the northern senatorial district of APC Yobe. 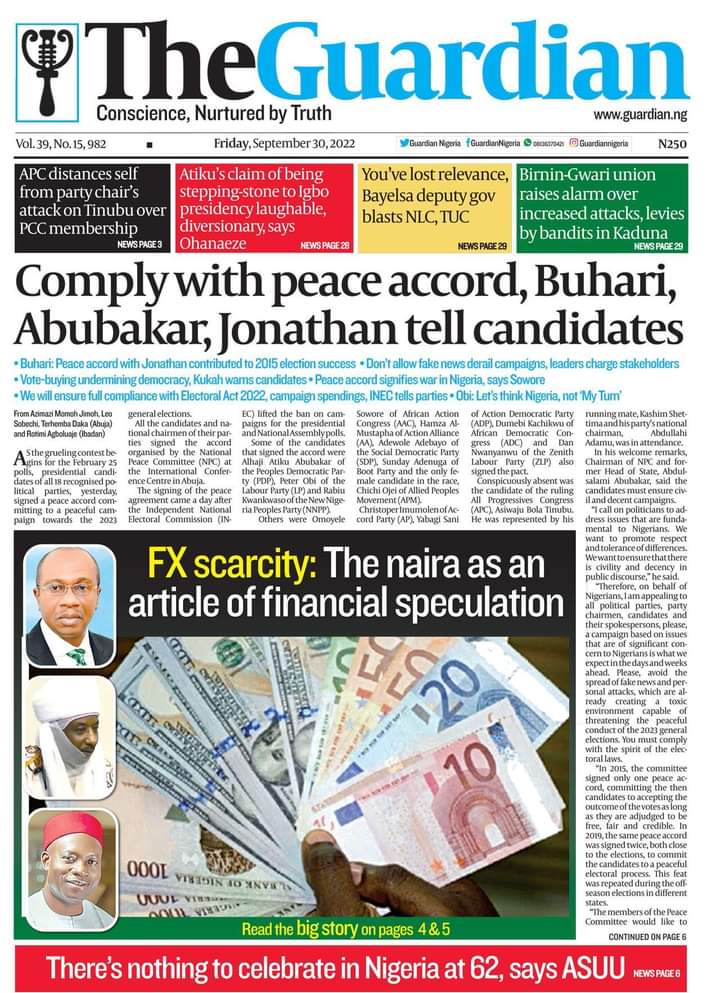 The Guardian reports that presidential candidates have been told to abide by the peace deal for the 2023 elections. The newspaper says the Birnin-Gwari union has sounded the alarm over rising attacks and the payment of royalties to bandits by communities in Kaduna. 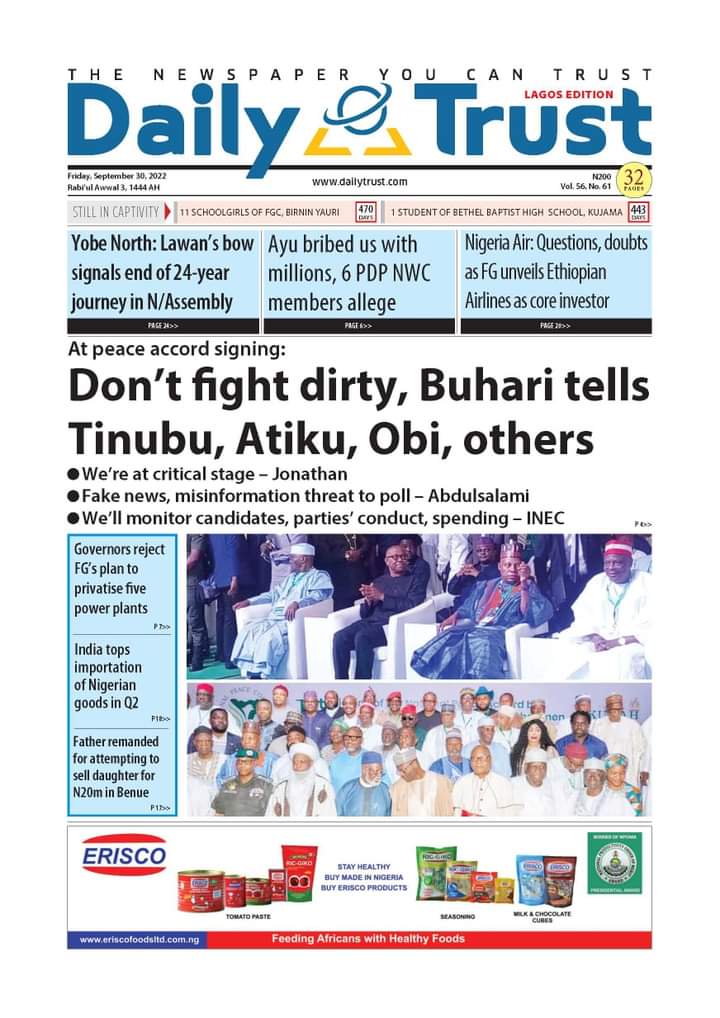 Daily Trust says governors have rejected federal government plans to privatize the country’s power plants. The newspaper reports that the unveiling of Ethiopian Airlines as the lead investor in Nigeria’s national carrier – Nigeria Air – is sparking reactions in the aviation industry.