The division resulting from the consensual plan of some northern presidential candidates within the Peoples Democratic Party (PDP) dominated the front pages of Nigerian newspapers.

The Punch reports that some All Progressives Congress (APC) leaders’ plan to make former President Goodluck Jonathan the party’s consensus presidential candidate has destabilized the party. The newspaper reports that President Muhammadu Buhari has ordered the arrest of illegal refinery operators in Imo State. 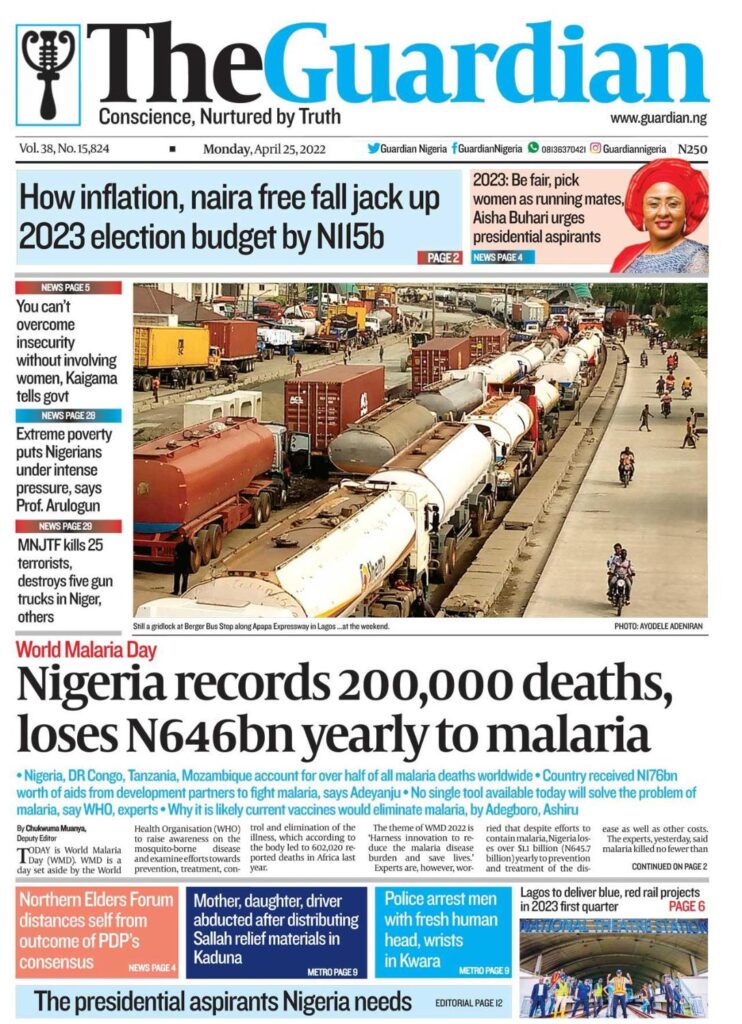 The Guardian reports that inflation has increased the 2023 budget of the Independent National Electoral Commission (INEC) by N115 billion. The newspaper reports that Nigeria records 200,000 deaths and loses 646 billion naira a year due to malaria. 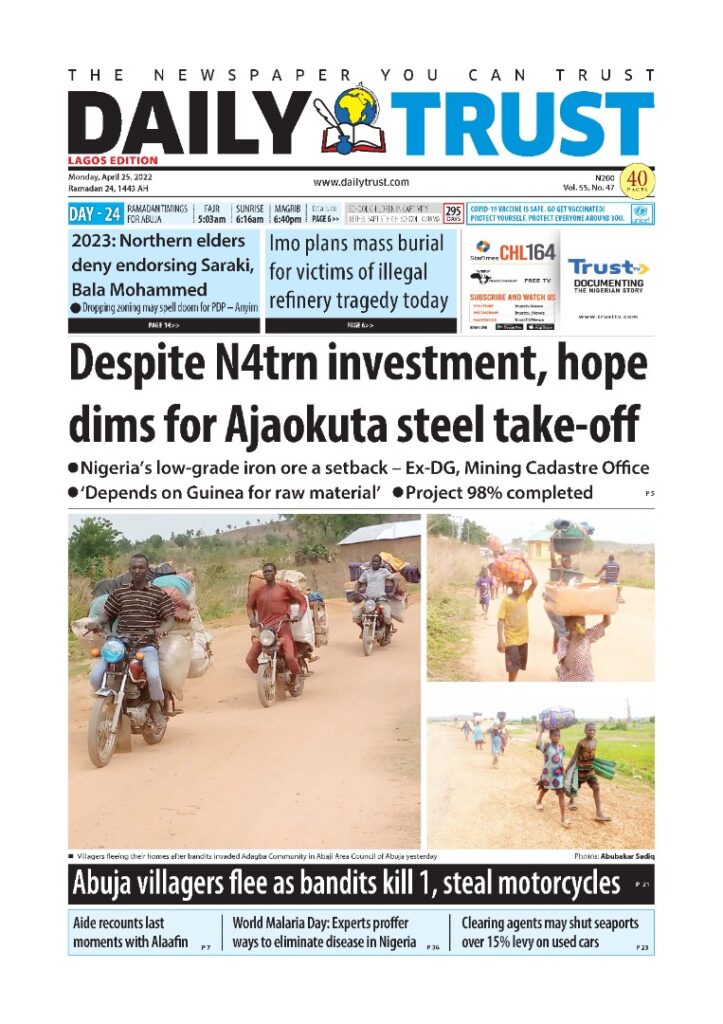 Daily Trust reports that despite an investment of 4 trillion naira, the completion of Ajaokuta Steel has been hampered by setbacks. The newspaper says northern elders denied endorsing former Senate president Bukola Saraki and Bauchi governor Bala Mohammed for the 2023 presidency. 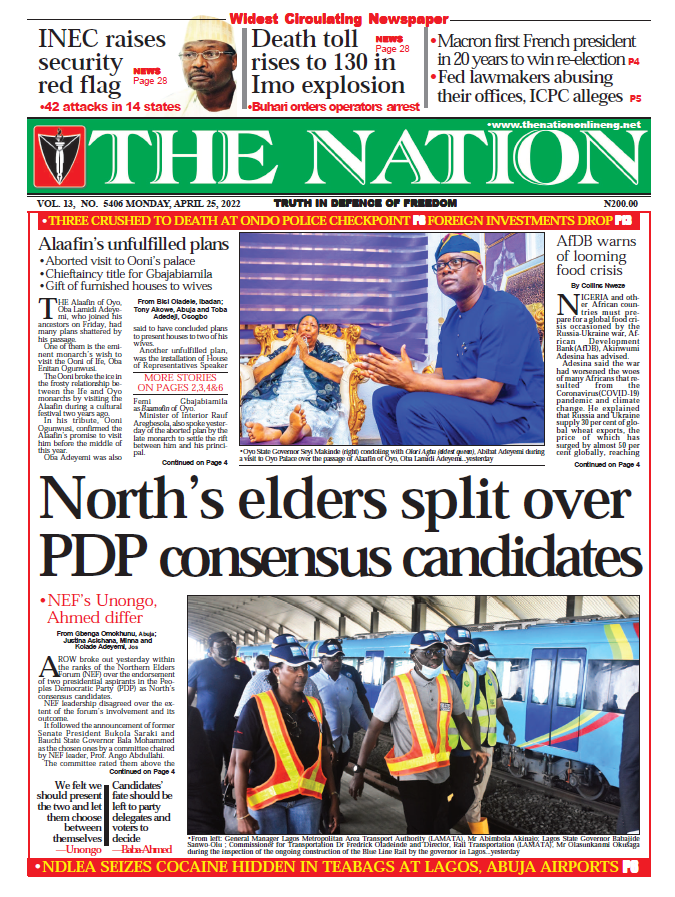 The Nation reports that there is a split within the Northern Elders Forum over the option of the PDP’s Northern Consensus Presidential Candidate. The newspaper says the death toll in the explosion at the illegal Imo refinery has risen to 130. 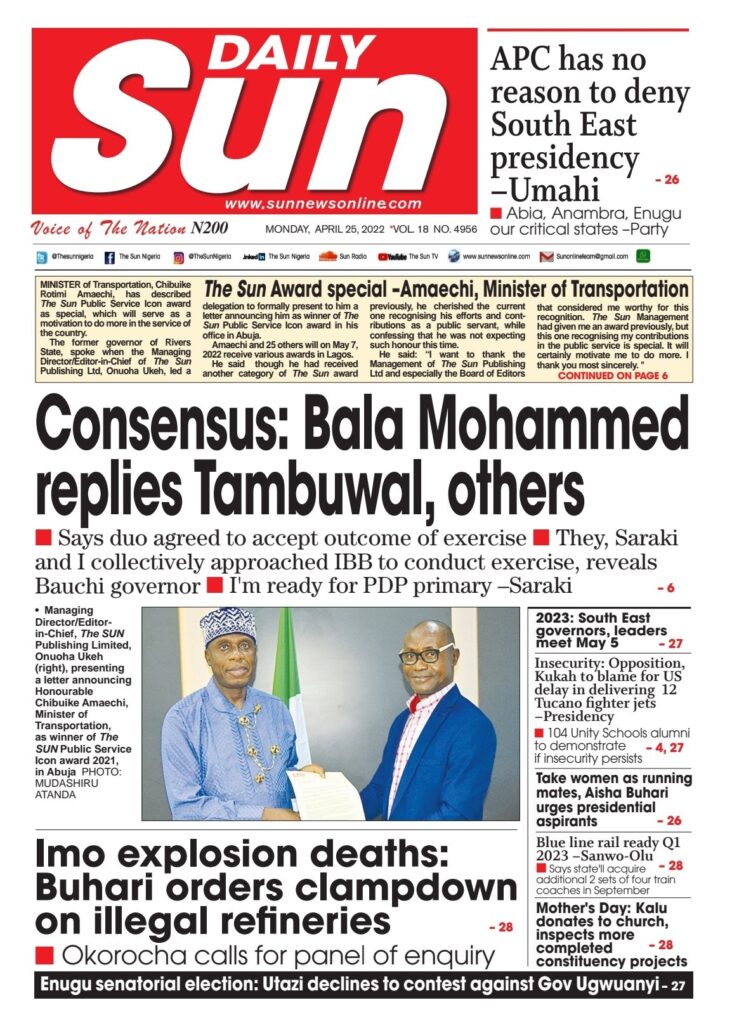 Daily Sun says the presidency blamed Matthew Kukah, Catholic Bishop of Sokoto Diocese, for the delay in the delivery of Tucano fighter jets by the US government. The newspaper reports that Aisha Buhari, the first lady, has asked presidential candidates to choose women as running mates.