Newspaper headlines: The politicians behind the murders in the Southeast, according to the IPOB

The crisis of the interim leadership of the All Progressives Congress (APC) dominated the front pages of Nigerian newspapers.

The Nation reports that there is confusion within the APC over the fate of Mai Mala Buni, governor of Yobe, as the party’s interim president. The Nigerian Extractive Industries Transparency Initiative (NEITI) has revealed that 51 oil and gas companies owe the federal government N1.32 trillion, the newspaper reports. 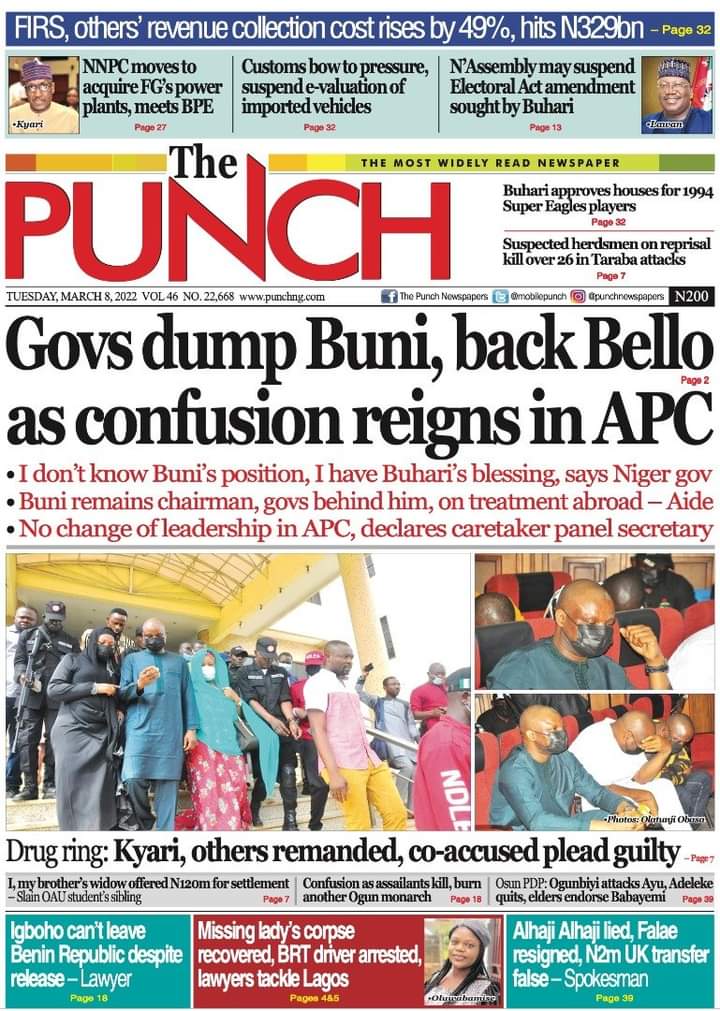 The Punch reports that the National Assembly may suspend the amendment to the electoral law proposed by President Muhammadu Buhari. The newspaper says at least 26 people were killed when suspected herders attacked the community of Tor-Damisa in Taraba state. 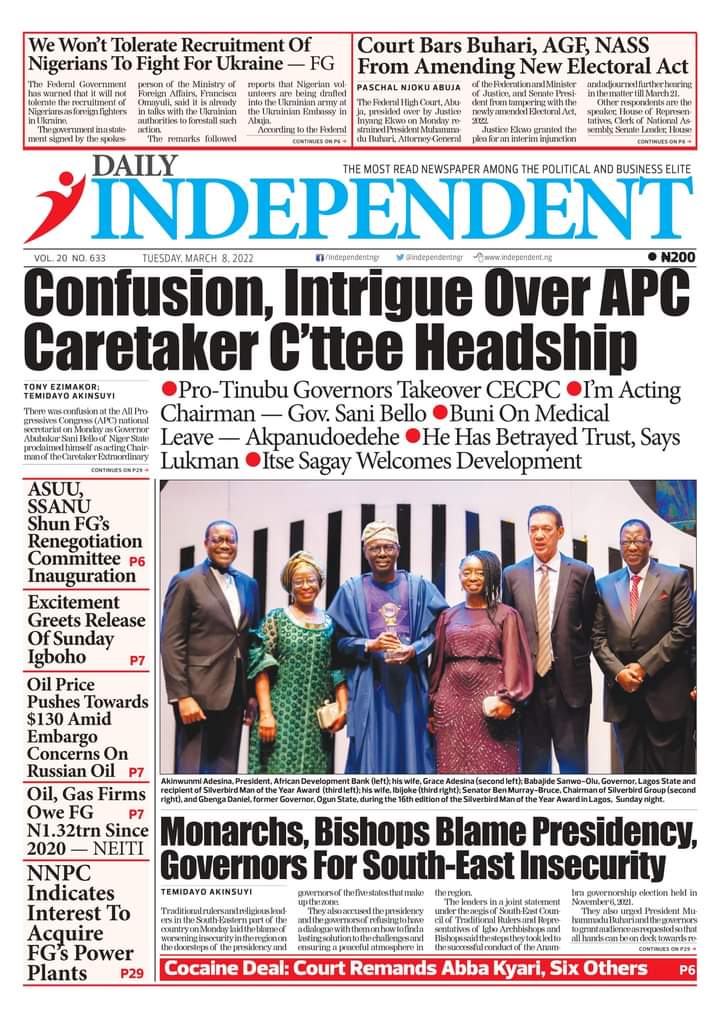 Daily Independent says the Federal Government will not tolerate the recruitment of Nigerians to fight for Ukraine in the ongoing war with Russia. The newspaper reports that the Nigerian National Petroleum Company (NNPC) has expressed interest in acquiring the power plants from the Federal Government. 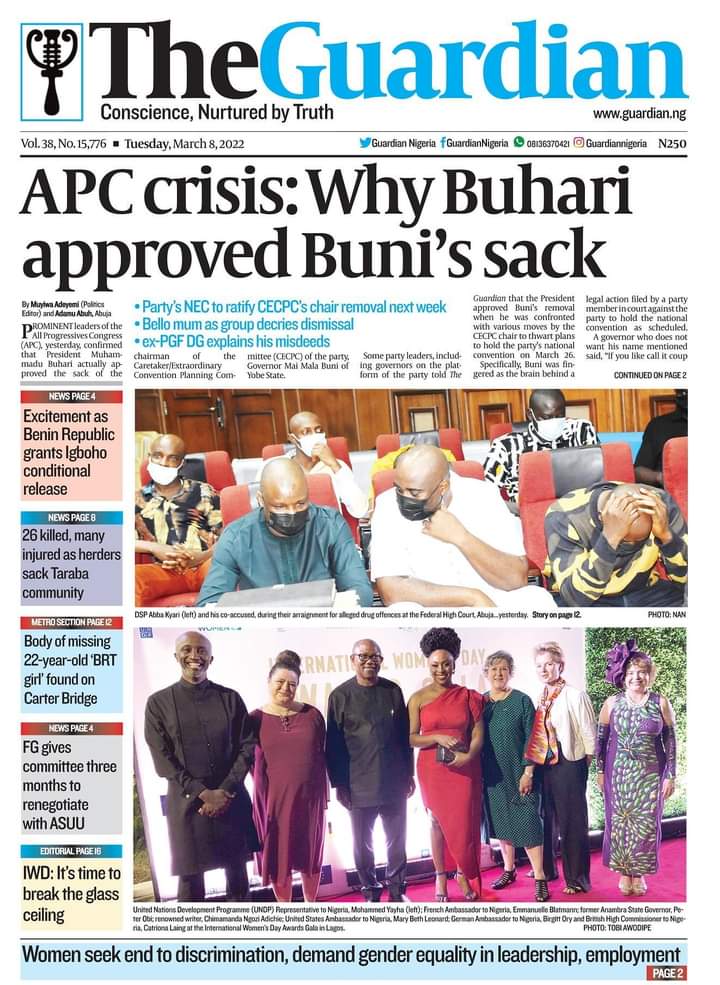 The Guardian reports that women have sought to end discrimination in leadership and employment as the world marks International Women’s Day. The newspaper reports that the federal government has given a three-month deadline to the committee that will renegotiate the 2009 agreement with the Academic Staff Union of Universities (ASUU). 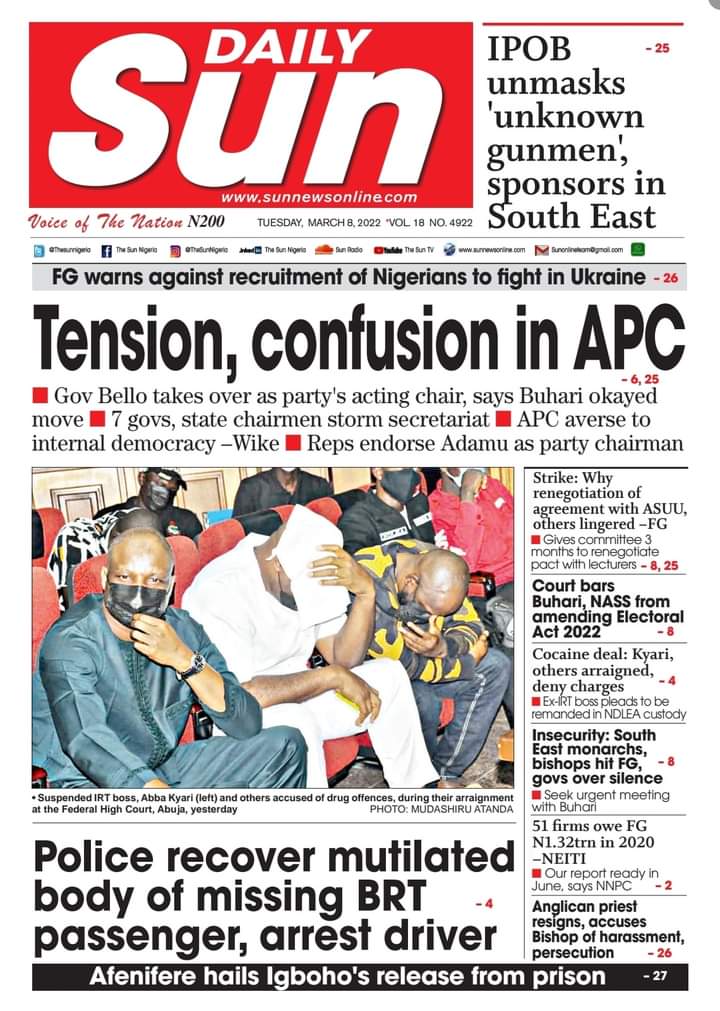 The Daily Sun reports that the Indigenous People of Biafra (IPOB) have said politicians are to blame for insecurity in the southeast of the country. The newspaper reports that Afenifere welcomed the release of Sunday Adeyemo, a youth leader better known as Sunday Igboho, from detention in Benin Republic for medical treatment.