The federal government’s 2023 budget proposal and the declaration of an indefinite strike by the Academic Staff Union of Universities (ASUU) dominated the front pages of Nigerian newspapers. 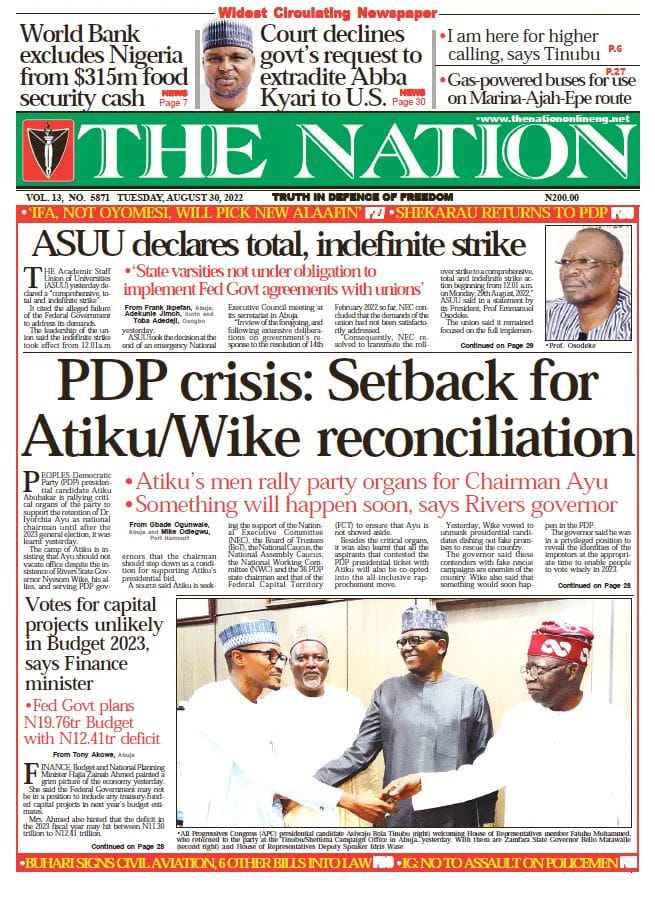 The Nation says the decision to reconcile Nyesom Wike, governor of Rivers, and Atiku Abubakar, presidential candidate of the People’s Democratic Party (PDP), has suffered a setback. The newspaper reports that the court rejected the federal government’s request to extradite suspended deputy police commissioner Abba Kyari to the United States. 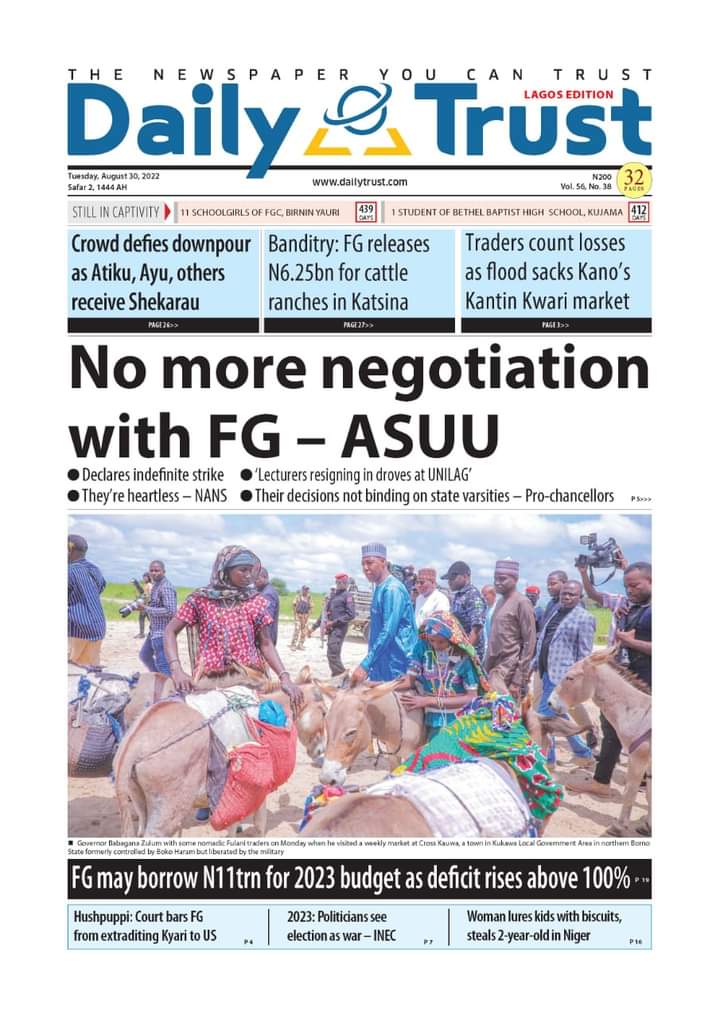 Daily Trust says ASUU has declared a “comprehensive and indefinite” strike. The newspaper reports that traders at Kantin Kwari market in Kano are counting their losses due to the floods that have occurred in the area. 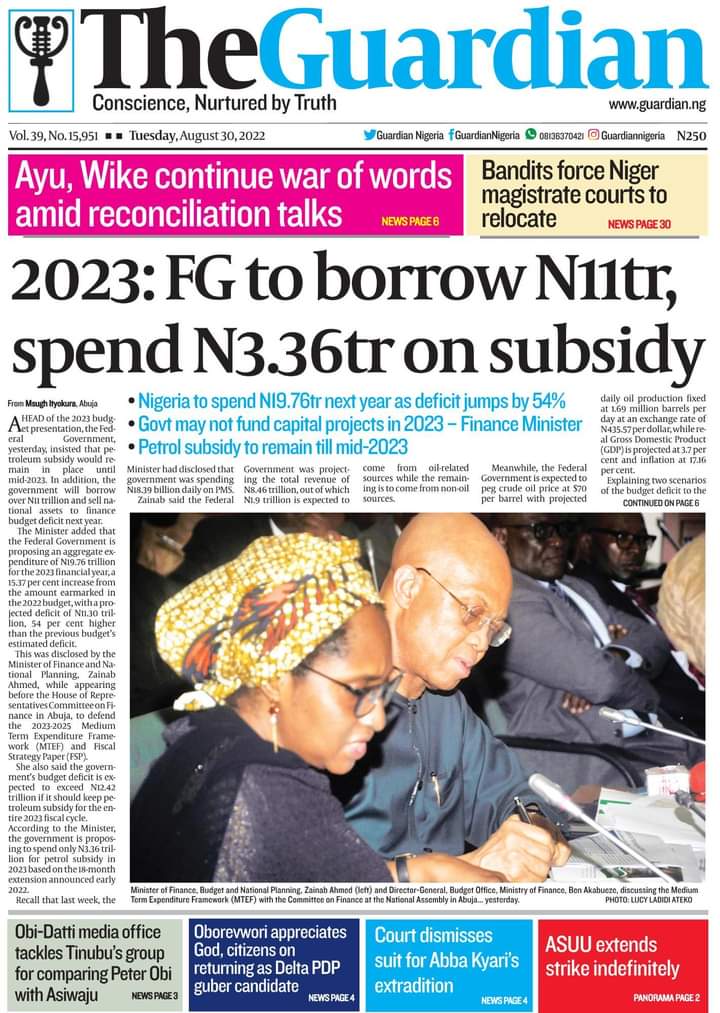 The Guardian says bandit attacks in some Niger State LGAs have forced magistrates to move their courts to the High Court complex in Minna, the state capital. The newspaper reports that the federal government may borrow 11 trillion naira to fund the 2023 budget. 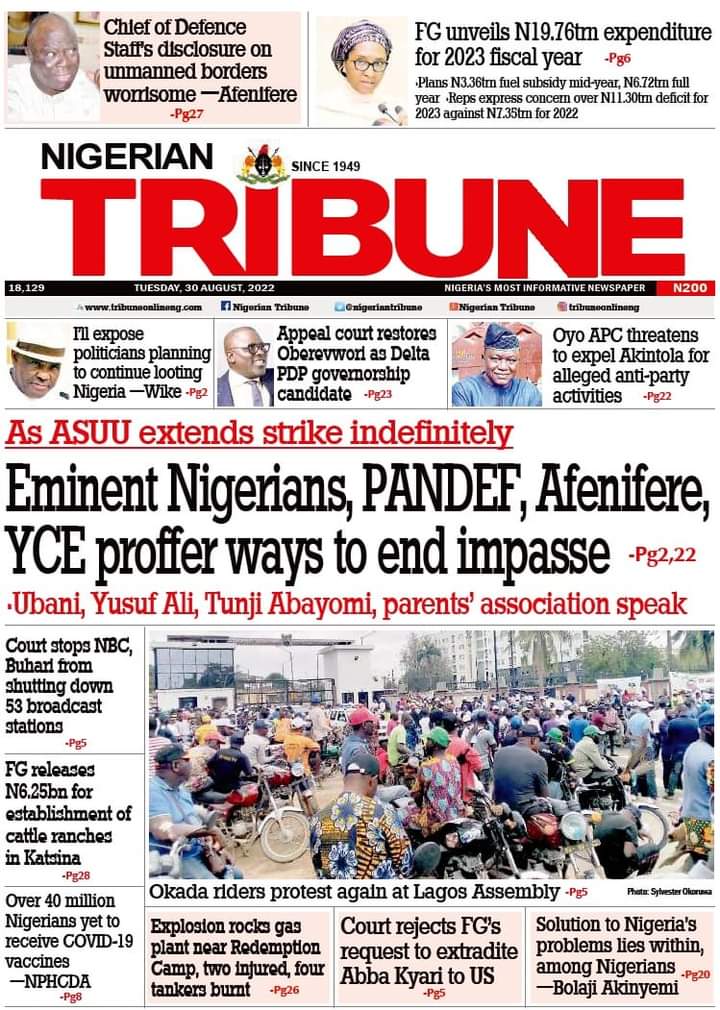 The Nigerian Tribune reports that Wike said he would soon expose politicians who plan to continue plundering the country’s resources. The newspaper reports that the National Primary Health Care Development Agency (NPHCDA) said more than 40 million Nigerians have yet to receive COVID-19 vaccines.