Questions about the shortage of gasoline in parts of the country have dominated the front pages of Nigerian newspapers.

The Punch reports that people in Abuja, Niger and Nasarawa are struggling to stock up on petrol – and the product is now selling for 400 naira a liter on the parallel market. The newspaper says the death toll in the Yaba building collapse has risen to five. 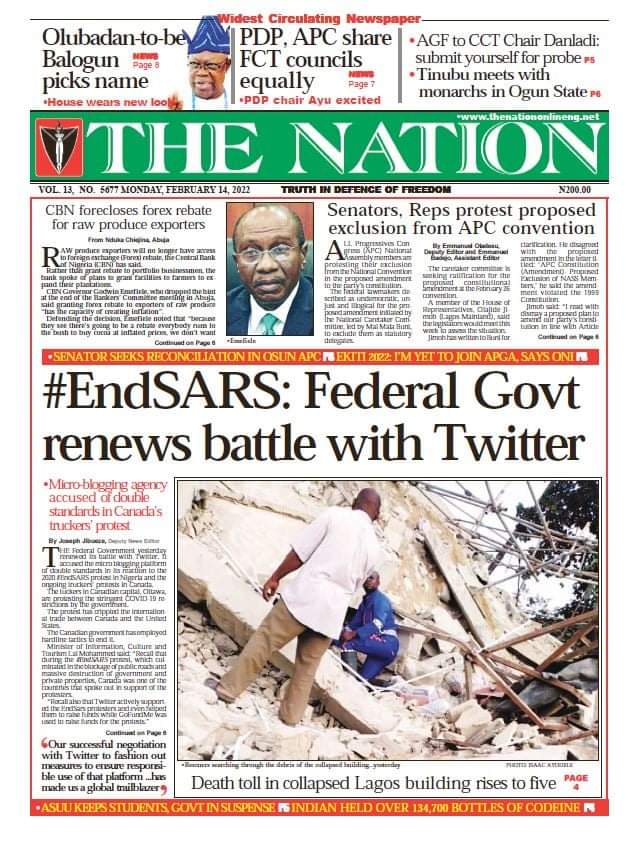 The Nation reports that the federal government has accused Twitter of double standards in its reaction to the 2020 #EndSARS protest in Nigeria and the ongoing trucker protest in Canada. The newspaper reports that the country’s two main political parties each won three council areas in the Federal Capital Territory (FCT) council election. 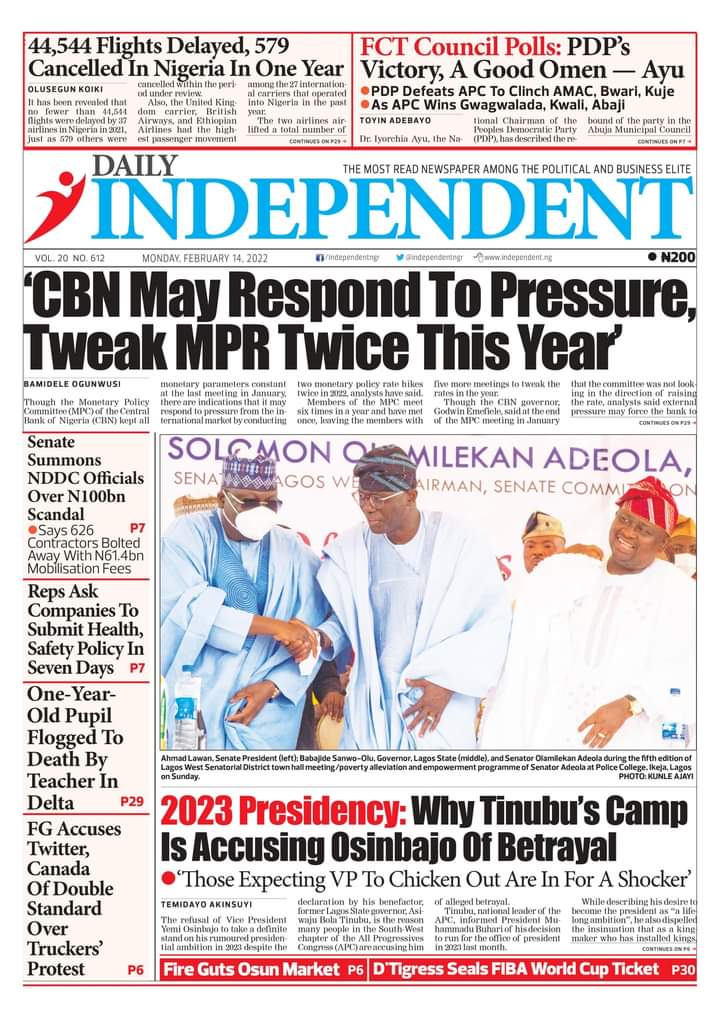 The Daily Independent reports that 44,544 flights were delayed and 579 canceled by 37 airlines in Nigeria in 2021. The newspaper says the House of Representatives issued a seven-day ultimatum to 20 companies to submit health policies and relevant security. 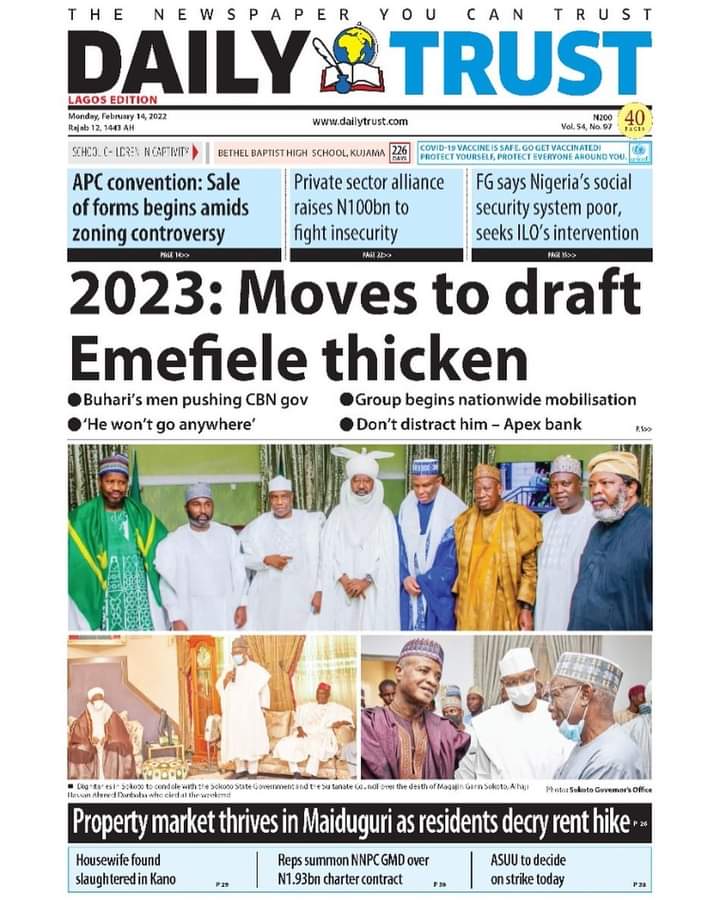 Daily Trust reports that there is a plan to recruit Godwin Emefiele, Governor of the Central Bank of Nigeria (CBN), in the 2023 presidential race. forms to all aspirants vying for national office prior to the party’s national convention. 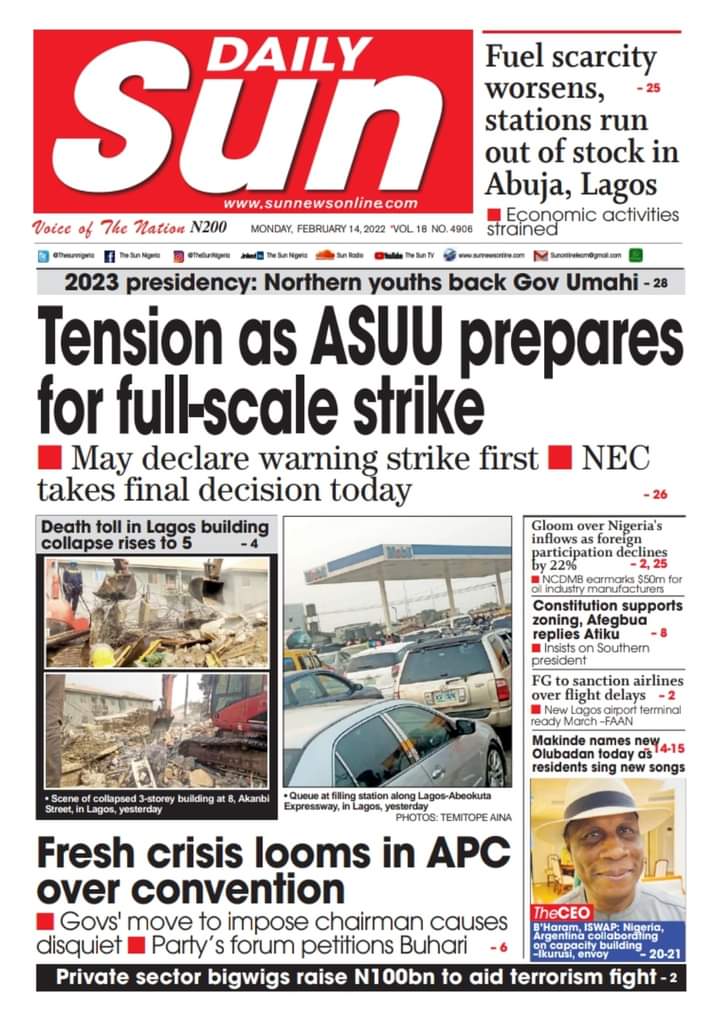 Daily Sun reports that the Academic Staff Union of Universities (ASUU) is preparing for a full-scale strike which could be announced today. The newspaper says the federal government will fine airlines for incessant flight delays.