The planned evacuation of Nigerians arriving from Ukraine to Poland, Romania and Hungary due to the ongoing war has dominated the front pages of Nigerian newspapers.

The Nation reports that worsening gasoline shortages across the country have crippled economic activities. The newspaper reports that the federal government has revealed that Nigerians arriving from Ukraine to other countries will be evacuated on Wednesday. 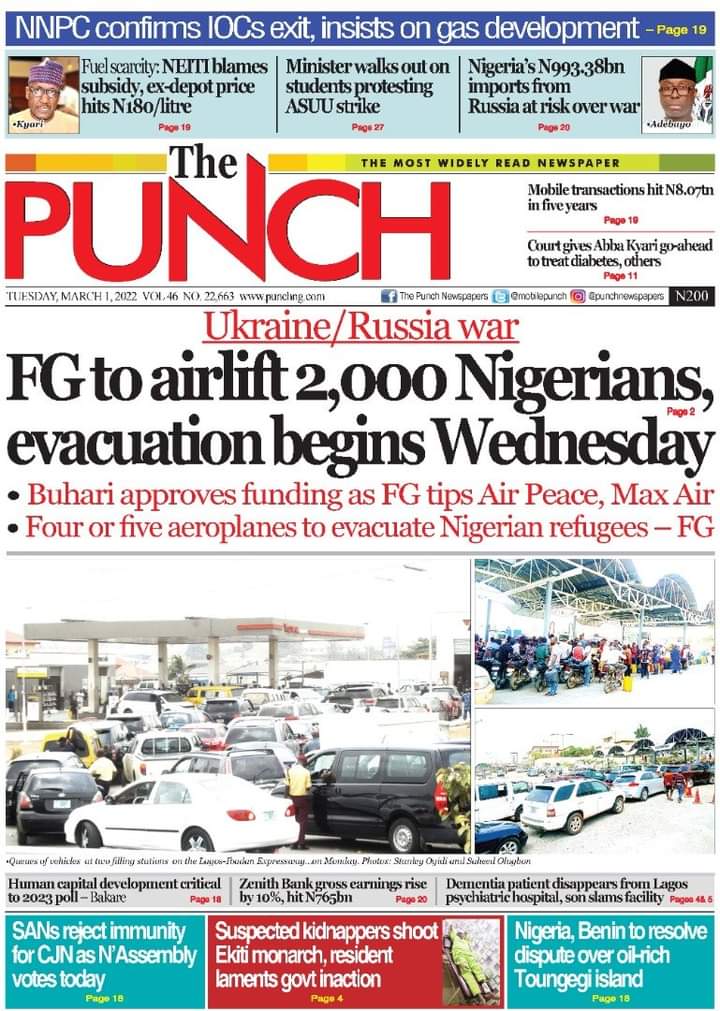 The Punch reports that Adamu Adamu, Minister of Education, walked out on students protesting the ongoing warning strike by members of the Academic Staff Union of Universities (ASUU) at a meeting. The newspaper reports that some senior lawyers in Nigeria (SAN) have rejected the National Assembly’s decision to grant immunity to the office of the Chief Justice of Nigeria (CJN). 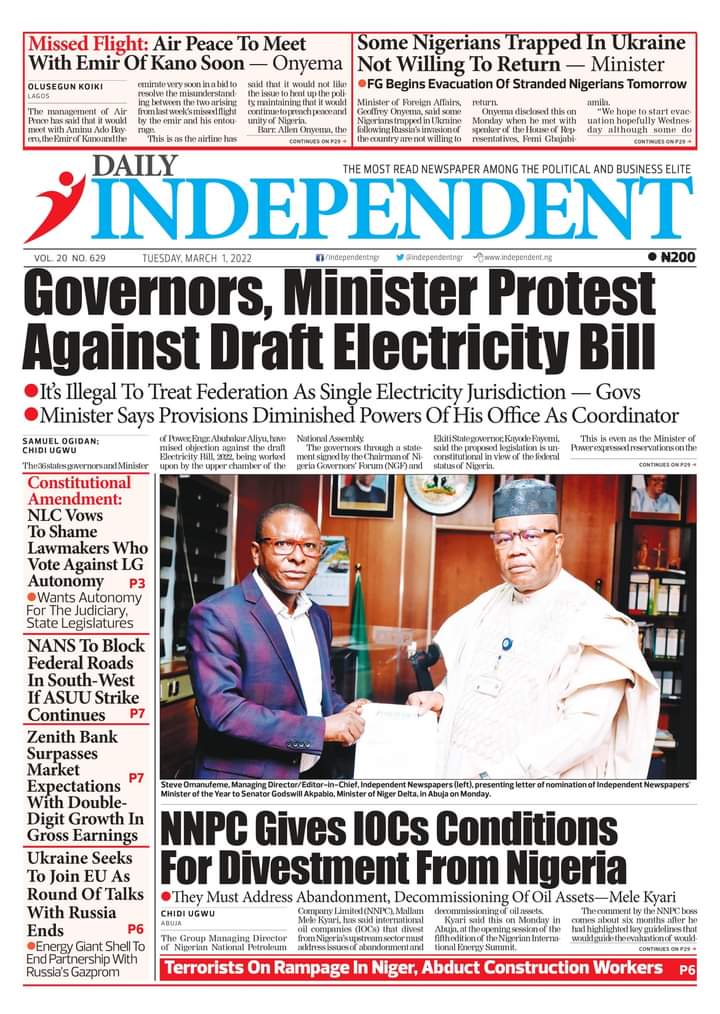 Daily Independent reports that the governors and Abubakar Aliyu, the energy minister, objected to the electricity bill being considered by the senate. The Nigeria Labor Congress (NLC) has pledged to shame any lawmaker who votes against local government autonomy, the newspaper said. 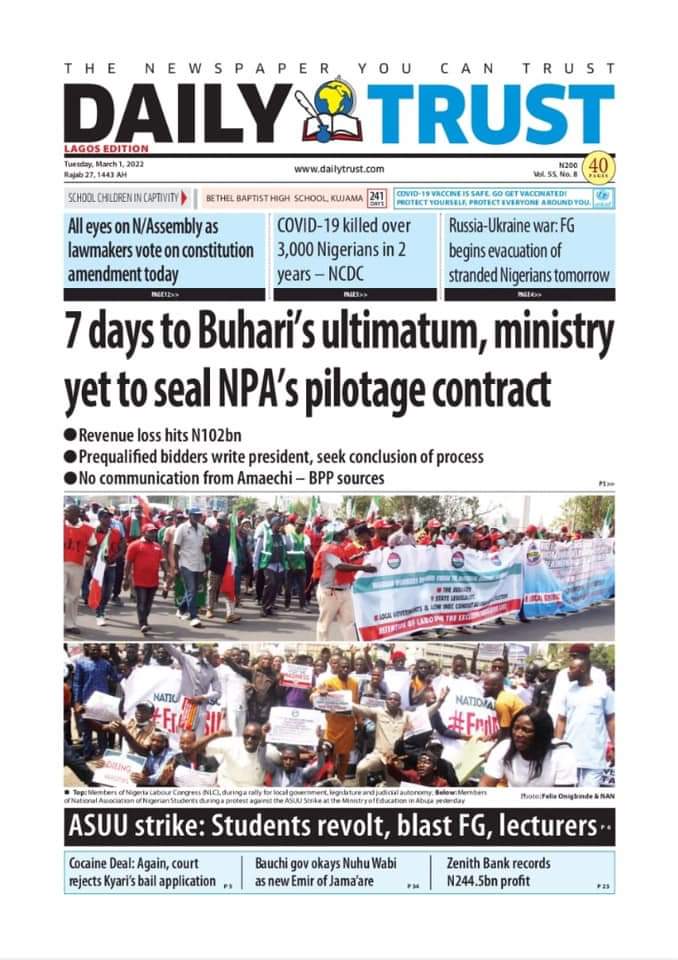 According to Daily Trust, 52 days after President Muhammadu Buhari ordered the Ministry of Transport to conclude the boat service agreement initiated by the Nigerian Ports Authority (NPA) to end the loss of revenue, the contract no longer has not yet been sealed. The Nigeria Center for Disease Control (NCDC) said more than 3,000 Nigerians have been killed by COVID-19 infection in two years, the newspaper reports. 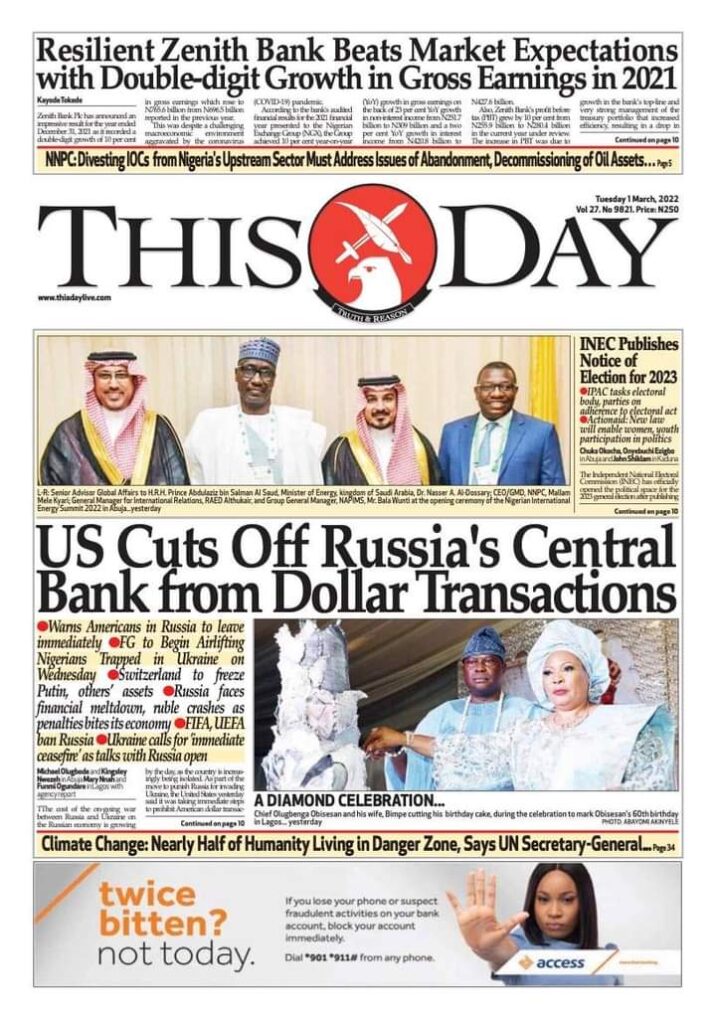 THISDAY reports that the United States cut off the Russian central bank from dollar transactions following the invasion of Ukraine. The newspaper reports that the Independent National Electoral Commission (INEC) issued the notice of the 2023 elections.