Reports on the National Executive Council (NEC) meeting of the People’s Democratic Party (PDP) scheduled for today have dominated the front pages of Nigerian newspapers.

The Punch reports that the Petroleum and Natural Gas Staff Association of Nigeria (PENGASSAN) has accused soldiers and other security guards protecting the pipelines of continued theft of crude oil. The newspaper reports that the federal government will penalize airlines that sell tickets in dollars. 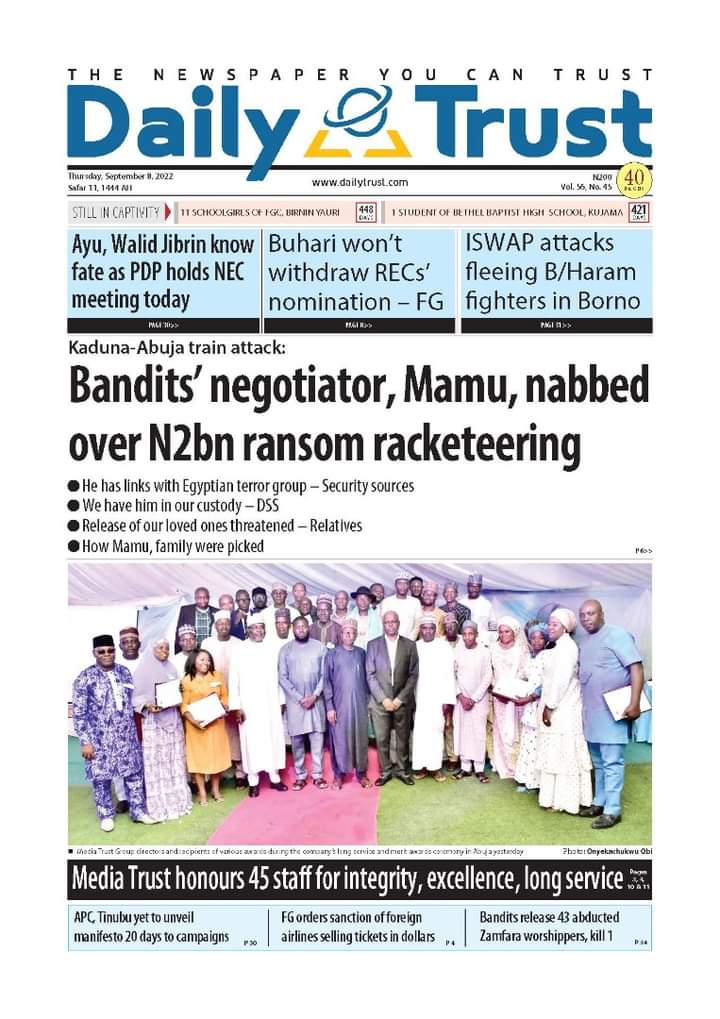 According to Daily Trust, Tukur Mamu, a Kaduna-train hostage negotiator, was arrested for his alleged involvement in collecting ransoms and providing them to terrorists in exchange for victims. The newspaper reports that the federal government has insisted that President Muhammadu Buhari not withdraw his appointment as Resident Election Commissioners (RECs). 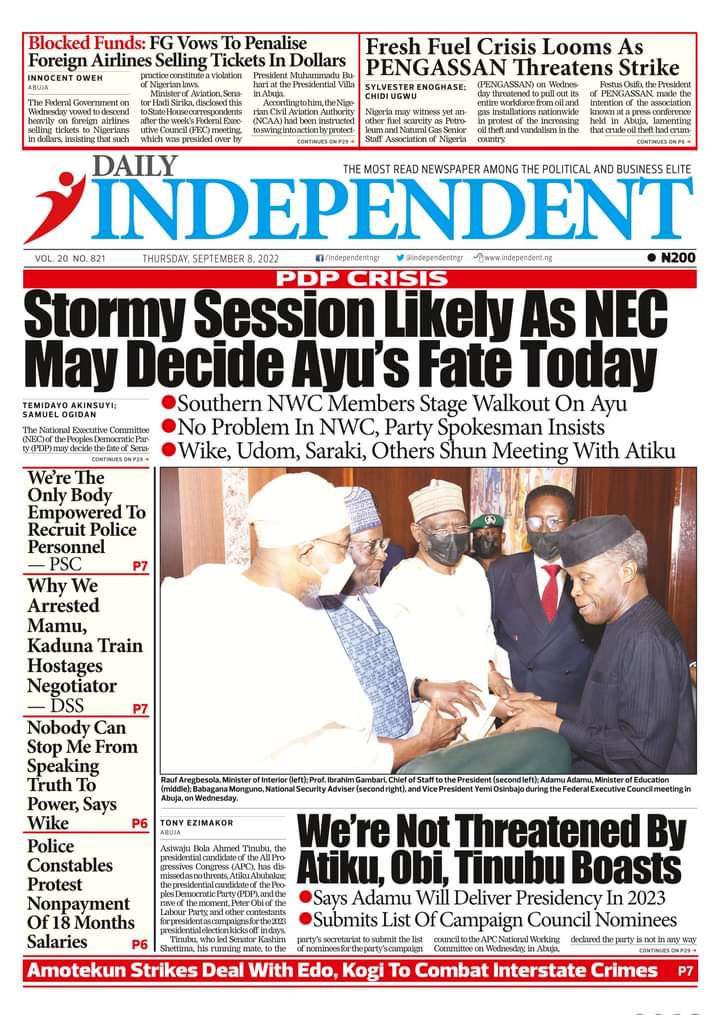 Daily Independent says the PDP is likely to see a stormy session as its NEC meeting is scheduled for today. The newspaper reports that police officers protested against the non-payment of their 18 months salary in Osun State. 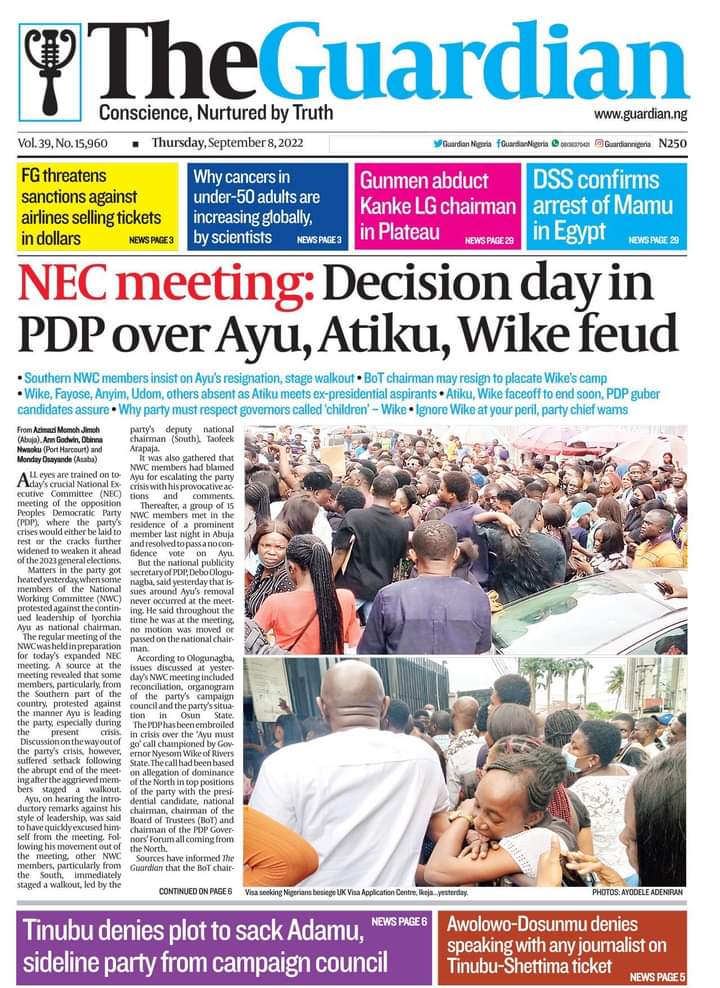 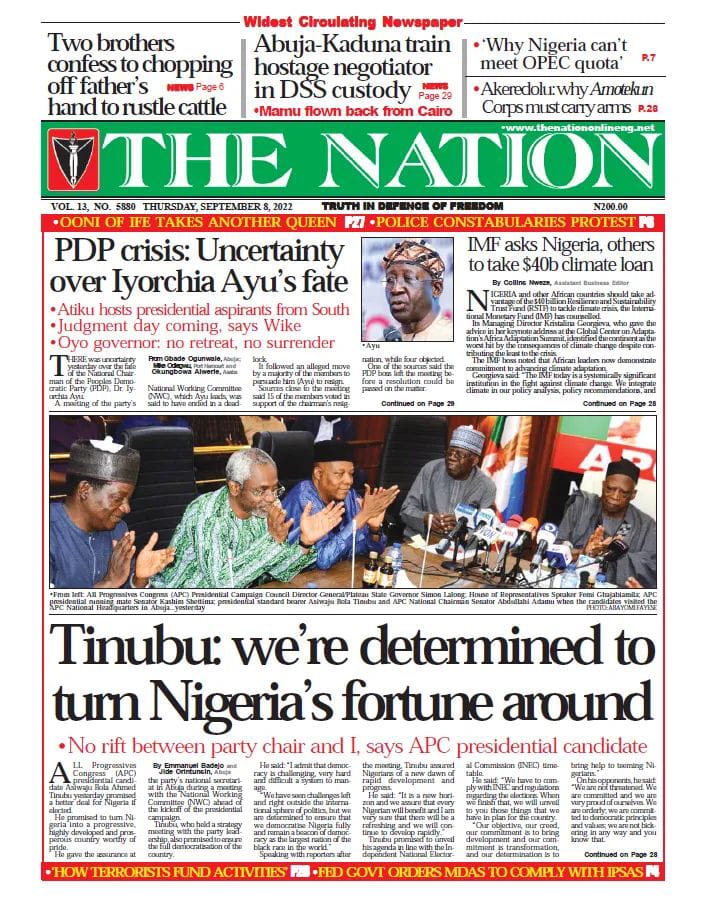 The Nation claims that Tinubu has promised to turn around Nigeria’s fortunes. The newspaper reports that the International Monetary Fund (IMF) has asked Nigeria and other African countries to take advantage of the $40 billion Resilience and Sustainability Trust Fund (RSTF) to tackle the climate crisis.