President Muhammadu Buhari’s pledge to support the All Progressives Congress (APC) candidates in the 2023 elections dominated the front pages of Nigerian newspapers.

The Nation says Buhari has promised to work for the APC’s victory in the 2023 elections. The newspaper reports that the World Bank and the Export-Import Bank of the United States have committed $3 billion to the transition plan. energy of Nigeria. 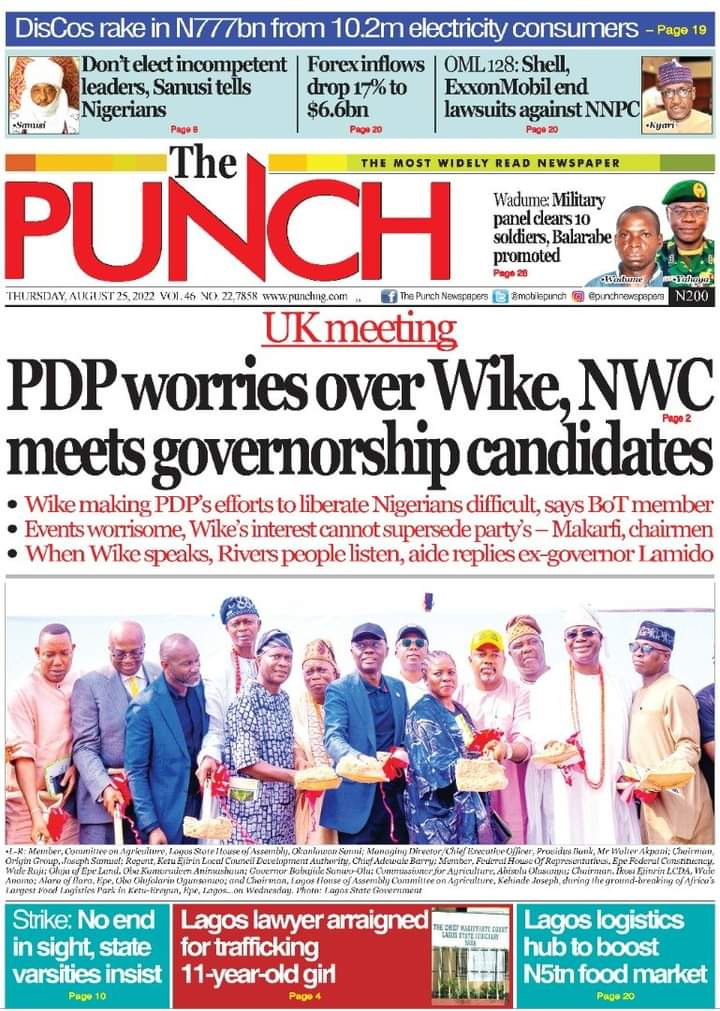 According to The Punch, the Peoples’ Democratic Party (PDP) is increasingly concerned that the row between Atiku Abubakar, its presidential candidate, and Nyesom Wike, Governor of Rivers, will affect its chances in the 2023 presidential election. The newspaper reports that Shell and ExxonMobil have agreed to end their lawsuits against the Nigerian National Petroleum Company (NNPC). 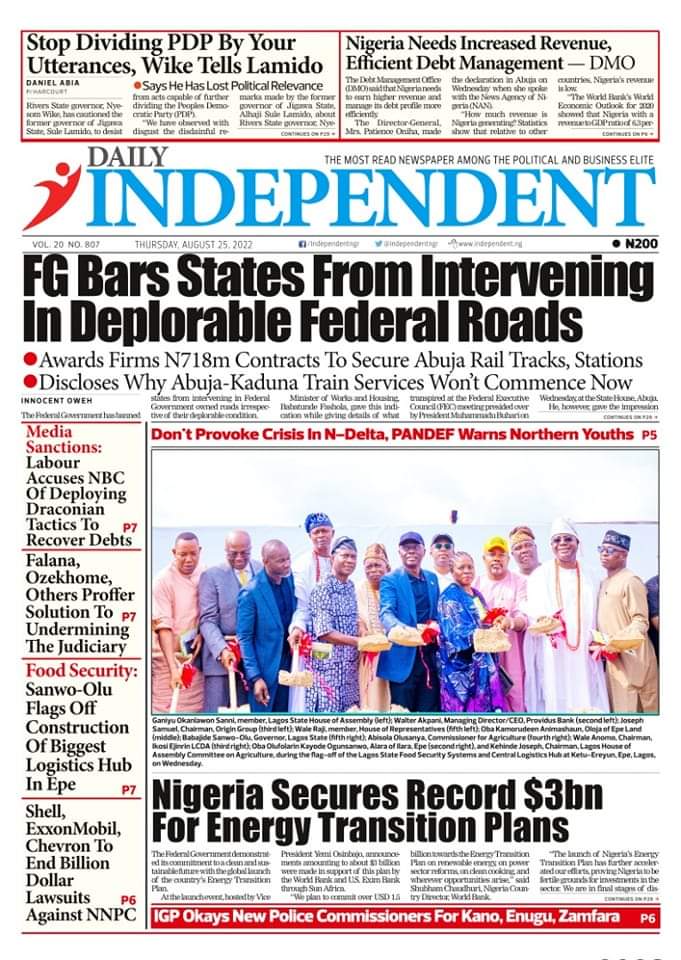 Daily Independent claims that the federal government has banned states from intervening on federal roads, no matter how deplorable. The newspaper reports that the Debt Management Office (DMO) said Nigeria needed to earn more revenue and manage its debt profile more effectively. 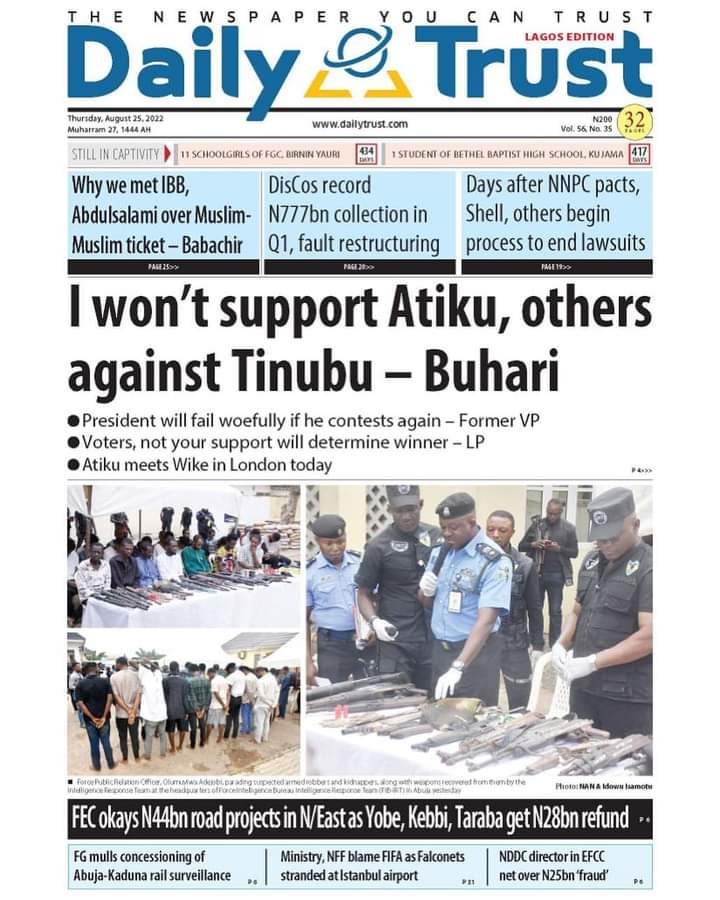 Daily Trust claims that Electricity Distribution Companies (DisCos) generated N777 billion in the first quarter of 2022. The newspaper reports that Eno Ubi Otu, Director of Finance and Accounting, Niger Delta Development Commission ( NDDC), is in the custody of the Economic and Financial Crimes Commission (EFCC) over an alleged N25 billion fraud. 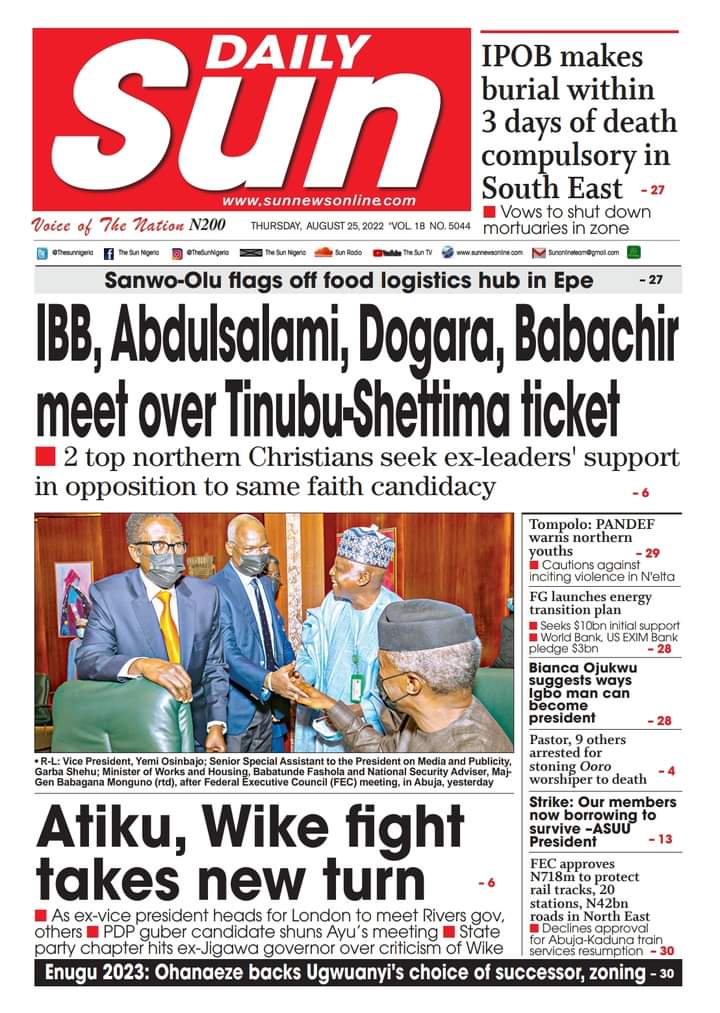 Daily Sun reports that the feud between Atiku and Wike took on another dimension as the former vice president flew to London to see Governor de Rivers. The newspaper says the Indigenous People of Biafra (IPOB) has asked people in the southeast to bury their dead within three days.