Reports of the country’s growing insecurity, particularly the murder of more than 80 people in Plateau communities, dominated headlines in Nigerian newspapers.

The Punch reports that the Peoples’ Democratic Party (PDP) presidential candidates face an uphill battle to agree on a consensual deal among themselves. The newspaper reports that the Academic Staff Union of Universities (ASUU) has warned that rejection of the University Transparency Accountability (UTAS) solution would prolong the ongoing strike. 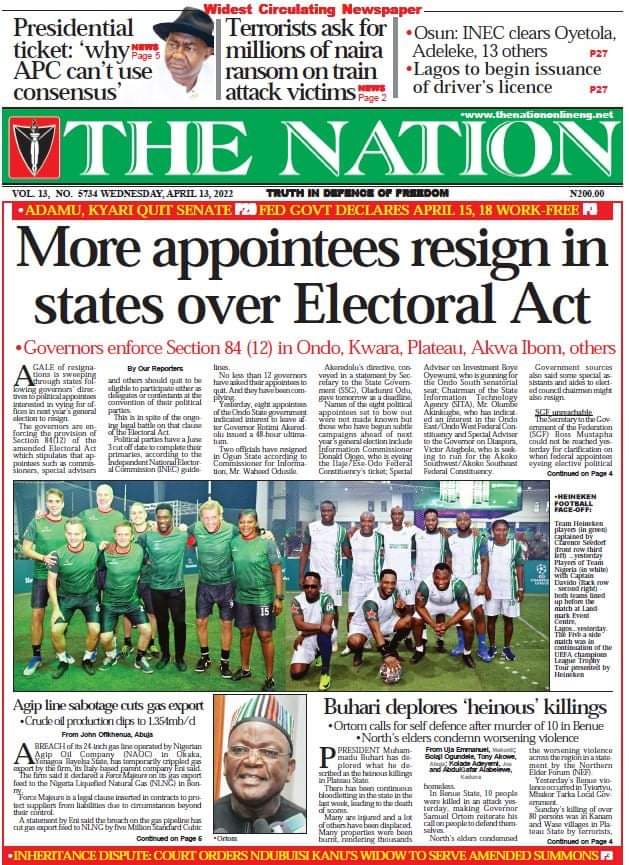 The Nation reports that political appointees in the states are tendering their resignations in order to stand in the 2023 elections in accordance with Section 84(12) of the 2022 Elections Act. The newspaper claims that President Muhammadu Buhari has condemned the killing of more than 80 people from Plateau communities. 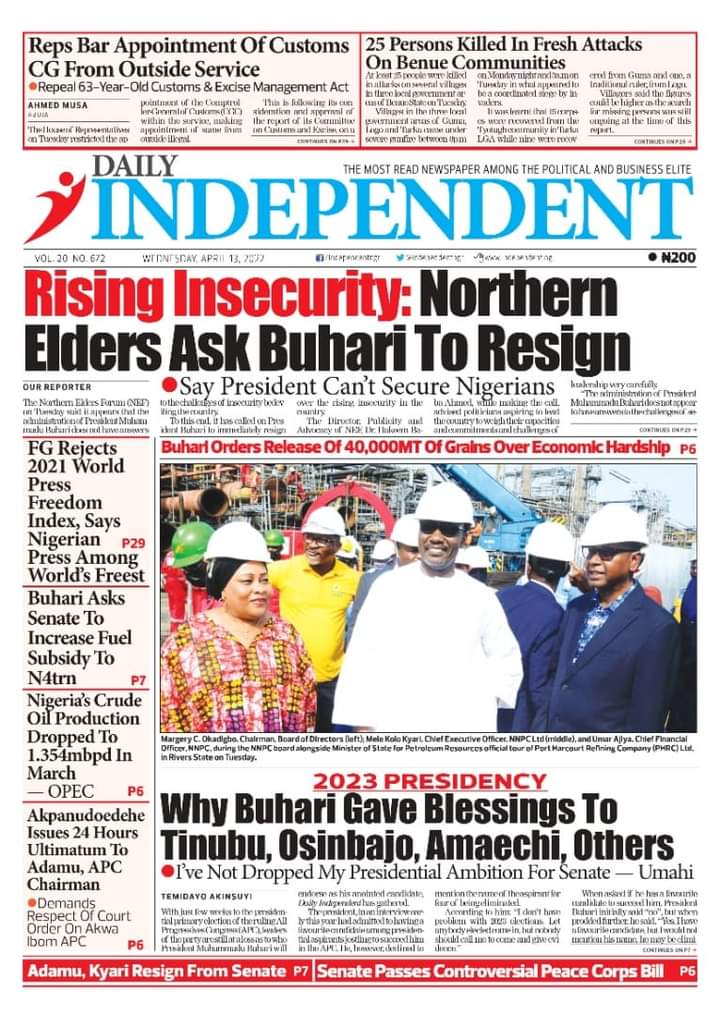 Daily Independent reports that the Northern Elders Forum (NEF) has asked President Muhammadu Buhari to seriously consider stepping down from office due to growing insecurity. The newspaper reports that the senate passed the controversial Peace Corps bill. 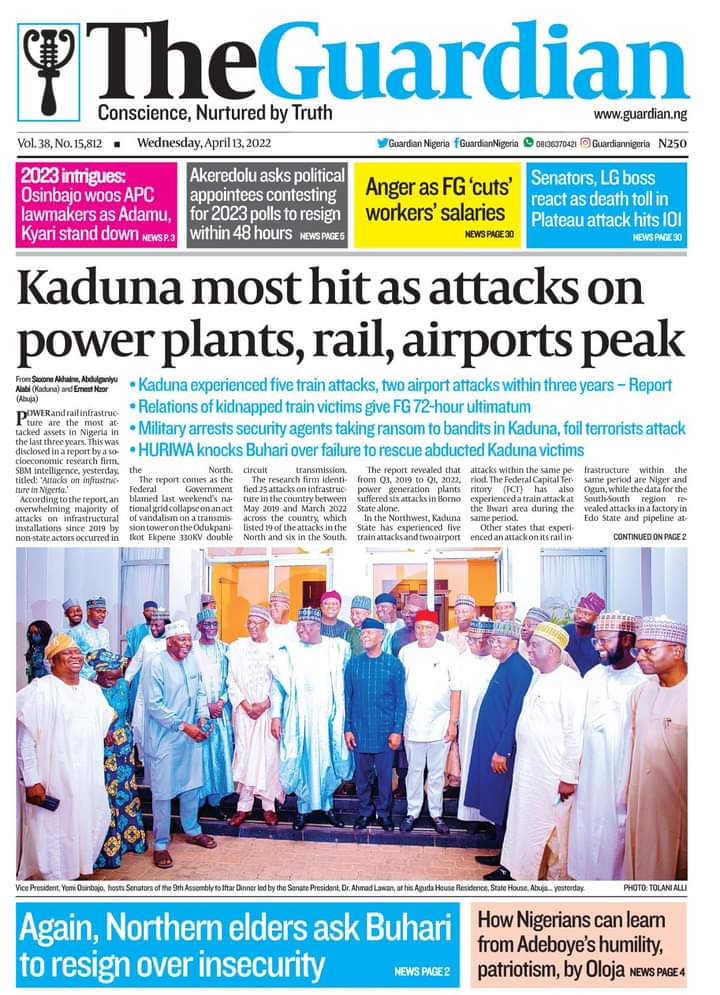 The Guardian says Kaduna State has recorded the highest frequency of attacks on power and rail infrastructure in the past three years. Rotimi Akeredolu, governor of Ondo, has asked his political candidates running for the 2023 elections to step down, the newspaper reports. Daily Trust reports that the Federal Government has stated that blocked SIM cards will not be unblocked without a link to the National Identification Number (NIN). The newspaper claims that the survivors of the Plateau killings recounted their ordeal at the hands of the attackers.