Reports on Nigeria’s soaring inflation rate, rising food prices and other indicators of economic crisis have dominated the front pages of Nigerian newspapers.

The Nation says that Bode George, a leader of the Peoples Democratic Party (PDP), has warned that the party could lose the 2023 presidential election because of its infighting. The newspaper reports that the National Security Council said the National Task Force on the Interdiction of the Illegal Importation/Smuggling of Weapons, Ammunition, Small Arms, Chemical Weapons and Pipeline Vandalism (NATFORCE) is an illegal organization. 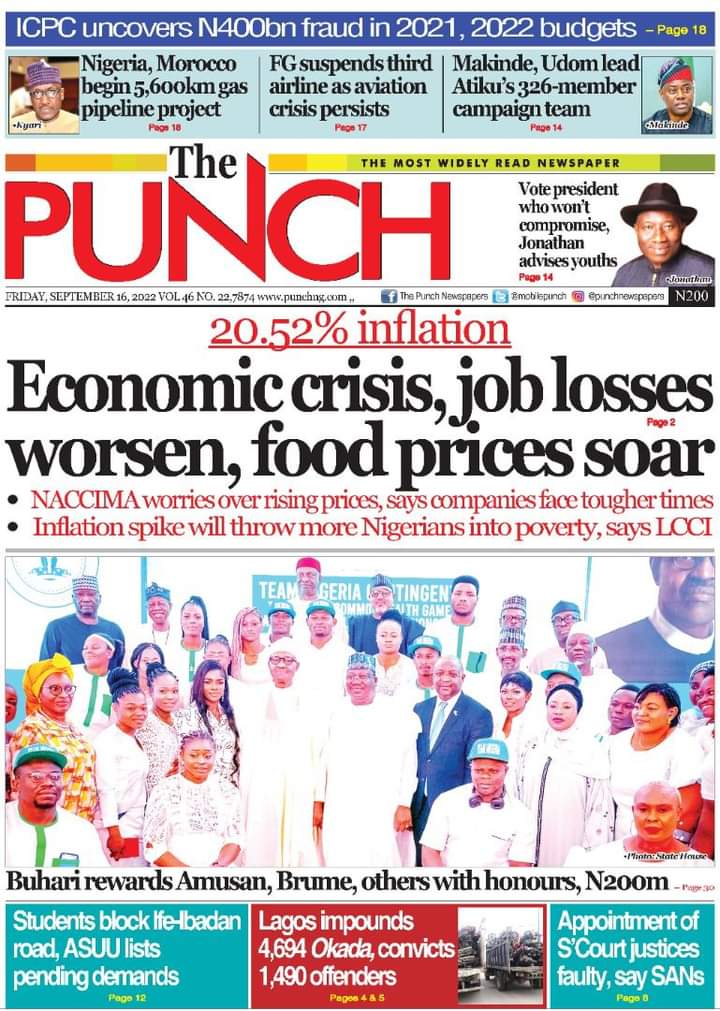 According to The Punch, Nigeria’s current rate of inflation is reflected in the growing cost of living crisis facing Nigerian families and businesses. The newspaper reports that the Independent Corrupt Practices and Other Related Offenses Commission (ICPC) has uncovered N400 billion fraud in the 2021 and 2022 budgets. 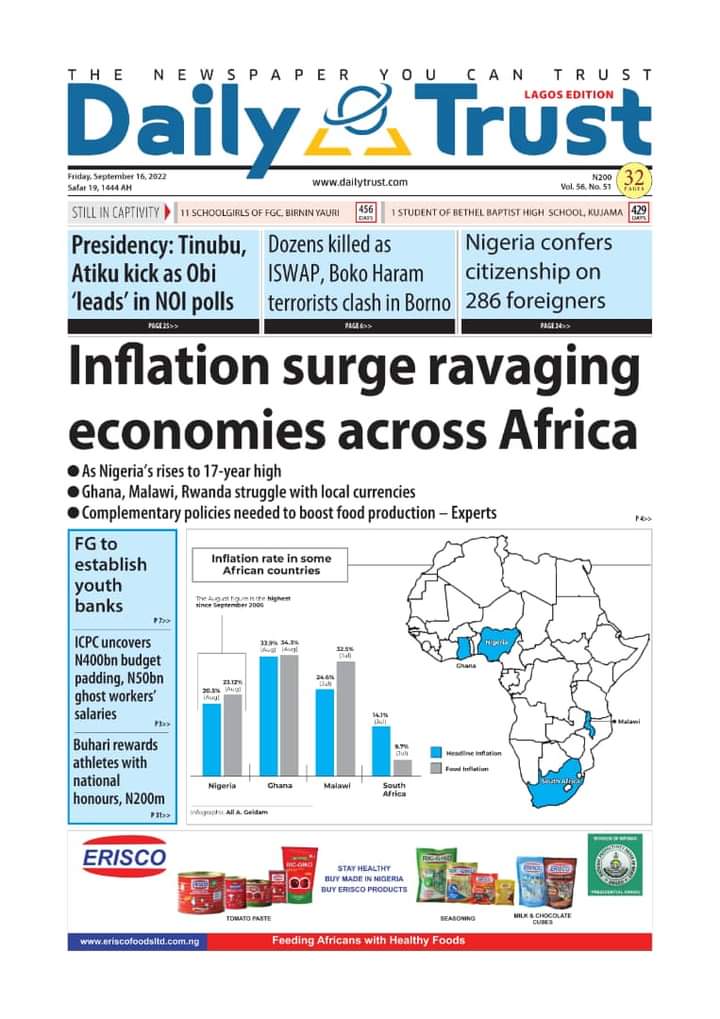 According to Daily Trust, many African countries are currently struggling with soaring inflation rates. The newspaper reports that the federal government has granted citizenship to 286 foreigners. 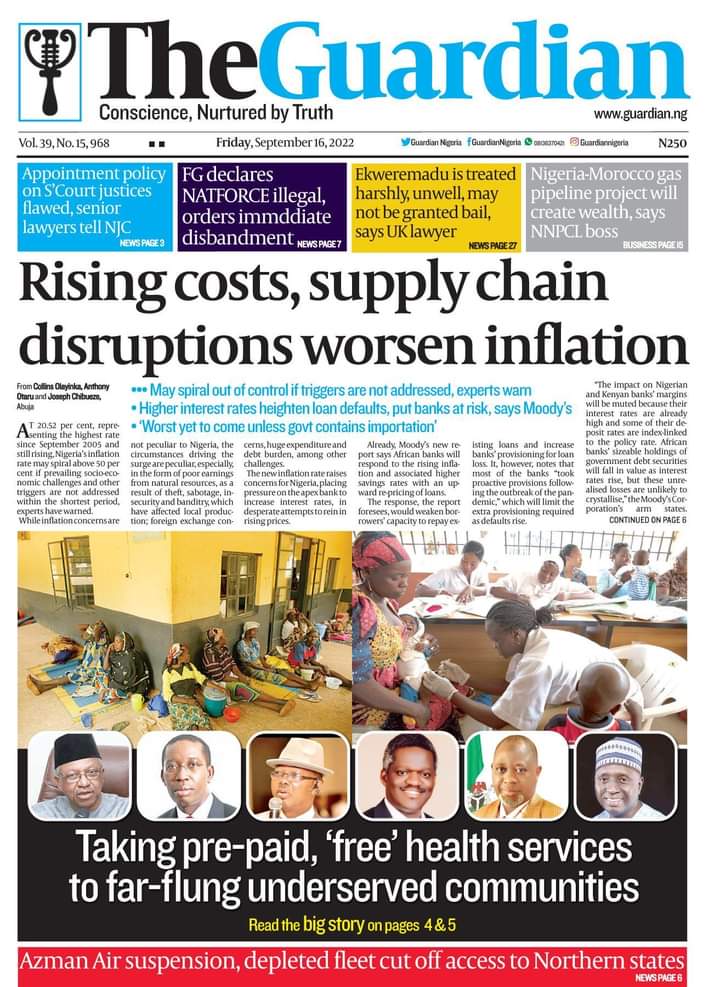 According to The Guardian, Mele Kyari, group chief executive of the Nigerian National Petroleum Company (NNPC) Limited, said the Nigeria-Morocco gas project will create wealth. The newspaper reports that air travelers commuting between the northern and southern regions of the country are facing difficulties following the suspension of Azman Air. 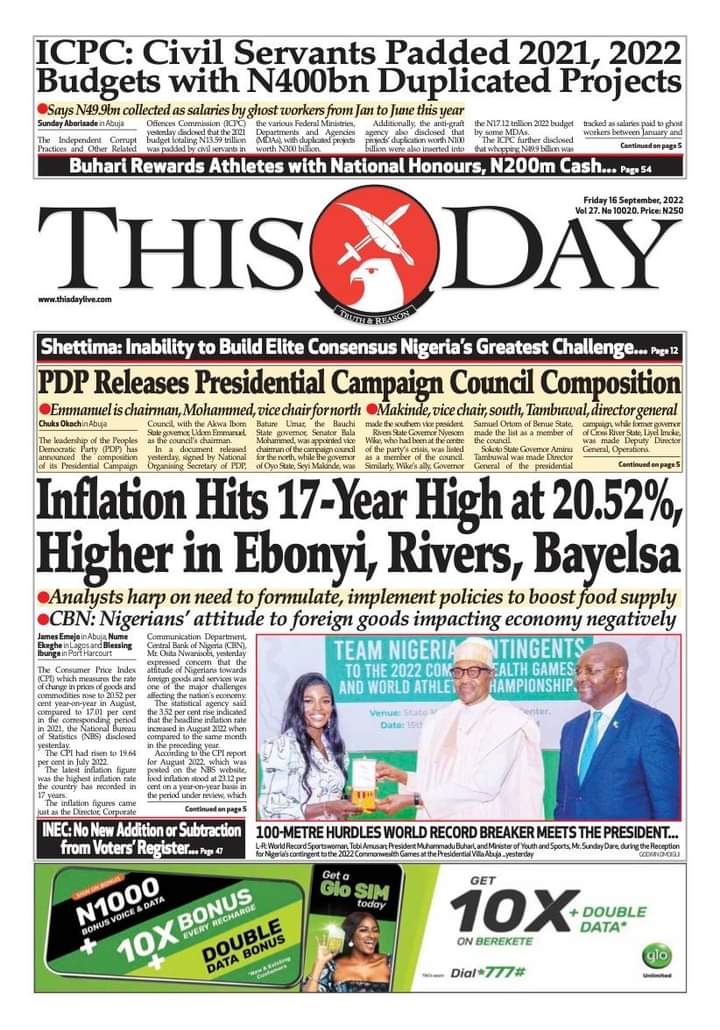 THISDAY reports that the Peoples Democratic Party (PDP) has released the list of members of its presidential campaign council. The newspaper reports that the Independent National Electoral Commission (INEC) revealed that there are no new additions or subtractions to the voter register.