Reports on the state of the nation, particularly the growing insecurity, dominated the front pages of Nigerian newspapers.

The Punch reports that the Peoples Democratic Party (PDP) has backed the comment made by prominent Nigerians regarding the growing insecurity in the country. The newspaper says gunmen killed 10 people and injured 19 others at a festival in Plateau State. 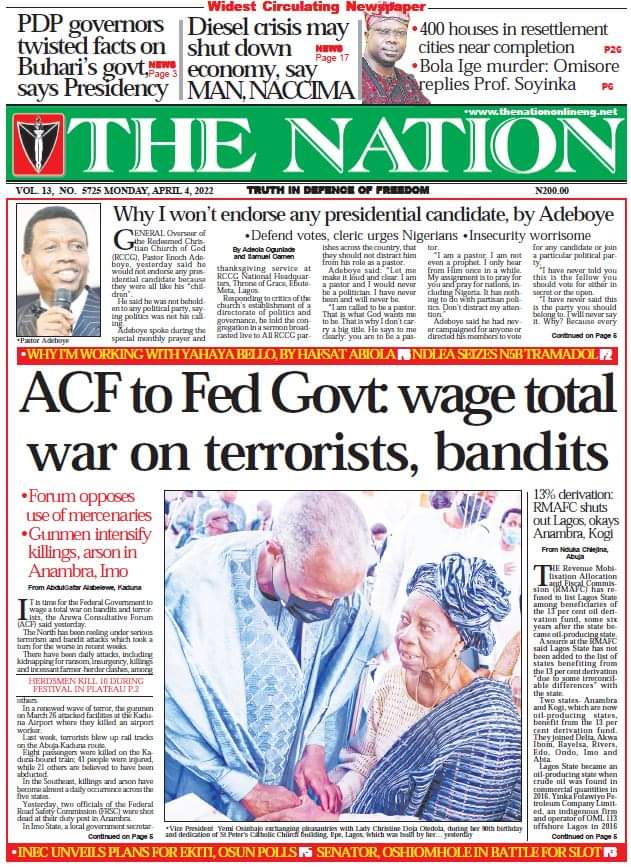 The Nation claims that the Arewa Consultative Forum (ACF) has called on the federal government to wage an all-out war against terrorists in the country. Enoch Adeboye, general overseer of the Redeemed Christian Church of God (RCCG), said he would not support any presidential candidate for the 2023 elections, the newspaper reports. 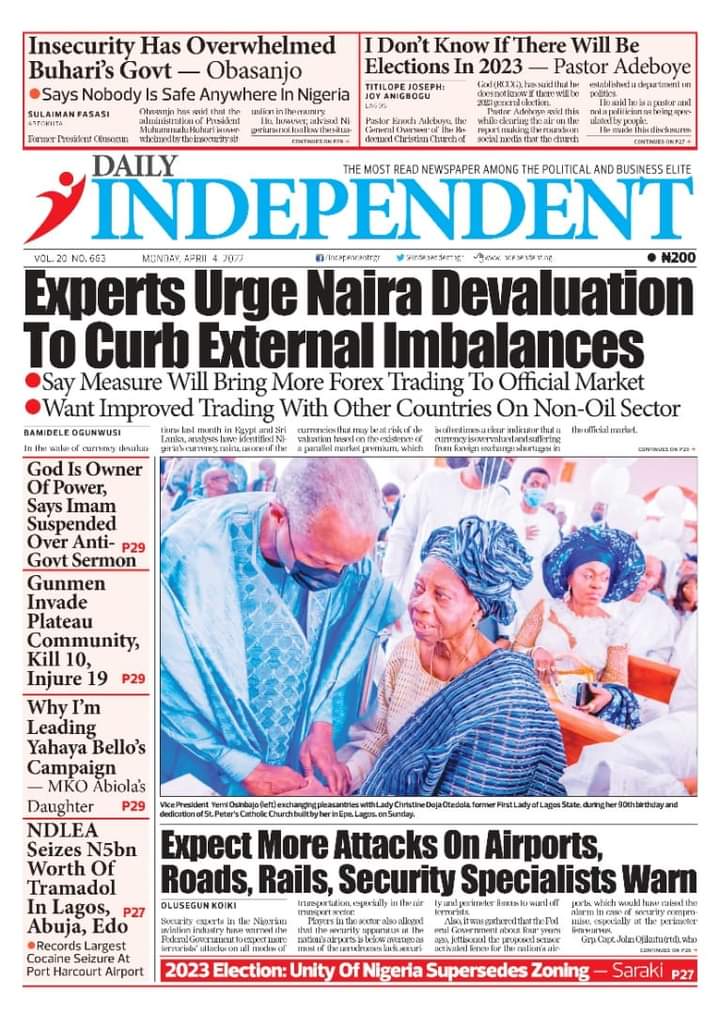 Daily Independent reports that experts have called for the devaluation of the naira to control the country’s external imbalances. Former President Olusegun Obasanjo has lamented the country’s growing insecurity, saying no place is safe in Nigeria, the newspaper reports. 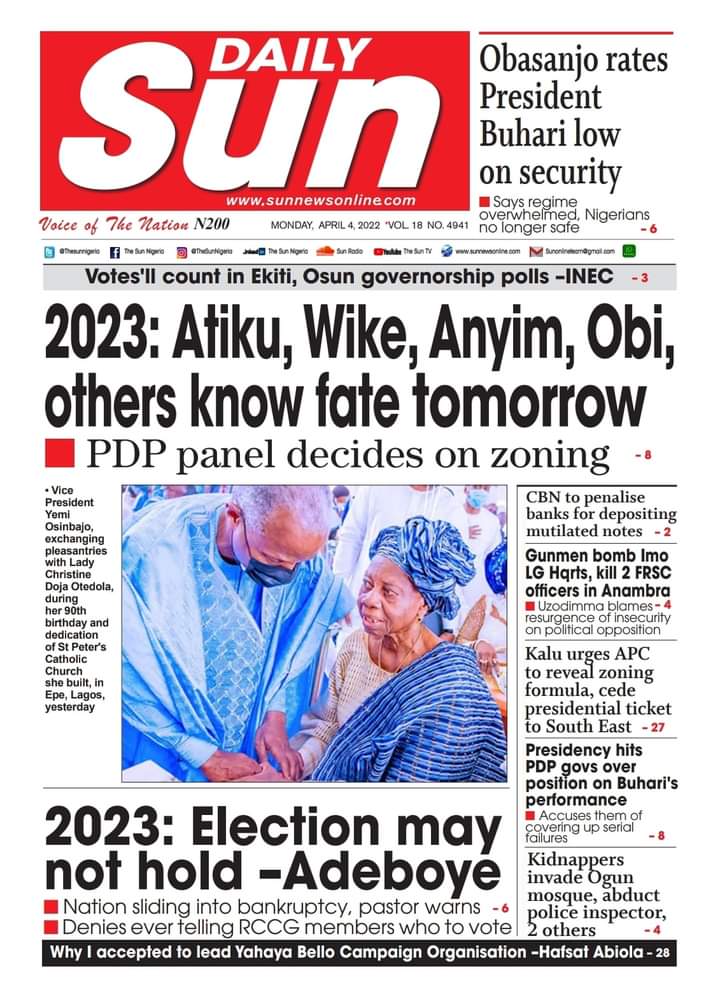 Daily Sun reports that the Peoples Democratic Party (PDP) zoning committee will decide tomorrow on the party’s zoning arrangement for its presidential ticket. The newspaper reports that the Independent National Electoral Commission (INEC) has assured the electorate that their votes will count in the gubernatorial elections in Ekiti and Osun states. 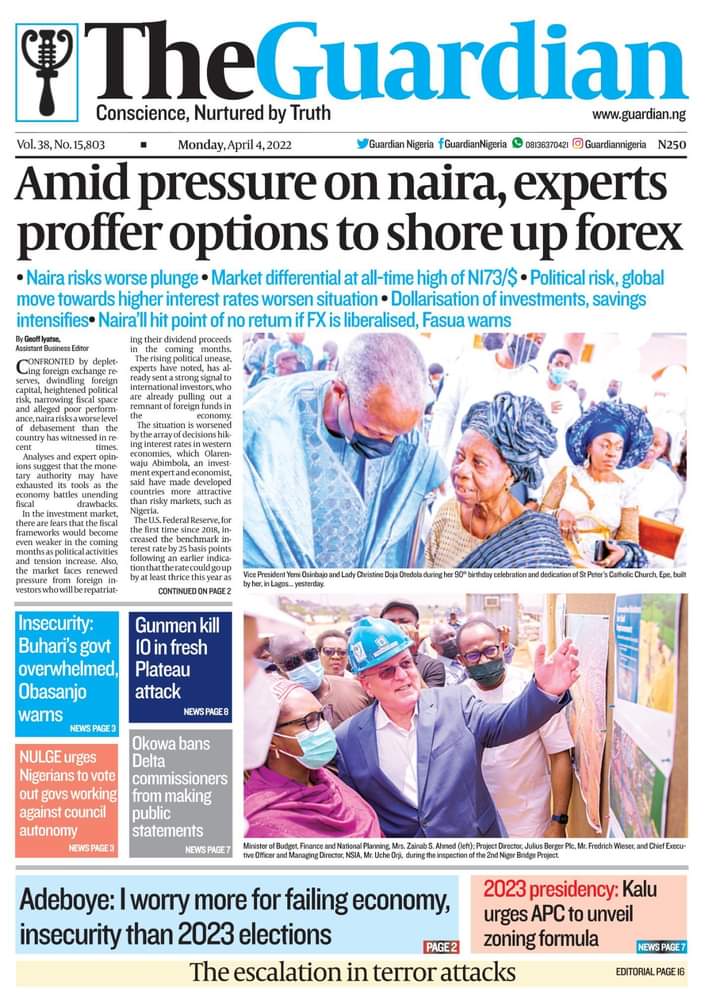 The Guardian reports that the Nigeria Union of Local Government Employees (NULGE) has called on Nigerians to elect governors who oppose LG autonomy in the country. The newspaper reports that Orji Kalu, Senate Chief Whip, has asked the All Progressives Congress to unveil its zoning formula for the presidential election.