The conviction of Abdulrasheed Bawa, chairman of the Economic and Financial Crimes Commission (EFCC), for the anti-corruption agency’s refusal to obey a court verdict, has made headlines in Nigerian newspapers.

The Punch reports that the Nigerian Medical Association (NMA) has called for psychiatric assessment of gubernatorial and presidential candidates ahead of the 2023 elections. help implement Nigeria’s energy transition plan. 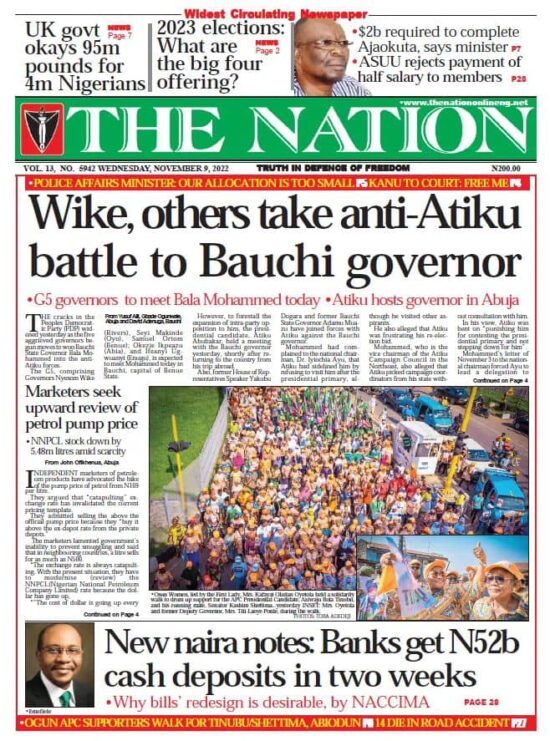 The Nation reports that the five aggrieved governors of the People’s Democratic Party (PDP) are expected to visit Bala Mohammed, their Bauchi counterpart, on Wednesday over the crisis within the party. The newspaper reports that the Academic Staff of Universities Union (ASUU) rejected the payment of half a salary to its members in October. 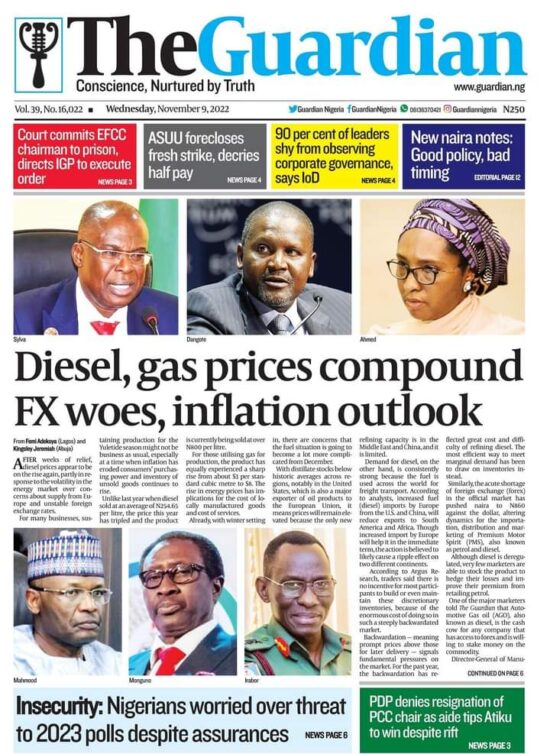 The Guardian says rising diesel and petrol prices have compounded the problem of exchange rate instability. The newspaper reports that a court has ordered Abdulrasheed Bawa, chairman of the Economic and Financial Crimes Commission (EFCC), to be taken to jail for the agency’s refusal to obey a court verdict. 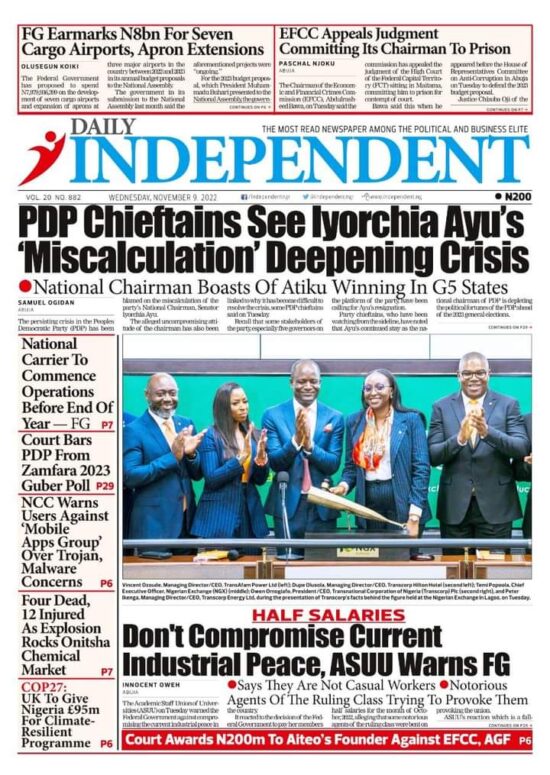 Daily Independent reports that the EFCC has appealed the judgment sentencing Bawa to prison. The newspaper reports that the federal government has revealed that the country’s national carrier is expected to begin operations before the end of 2022. 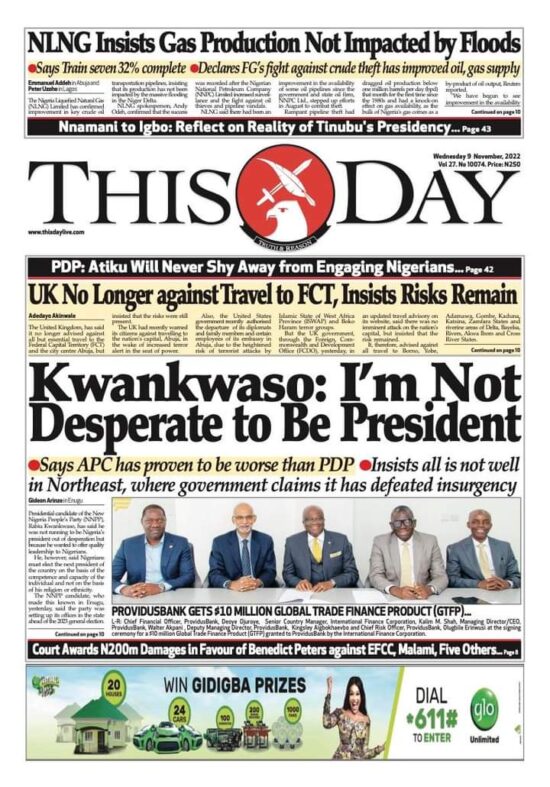 THISDAY says New Nigeria Peoples Party (NNPP) presidential candidate Rabiu Kwankwaso has said he is not desperate to be Nigeria’s president. The newspaper reports that the UK is no longer against travel to the Federal Capital Territory (FCT).