The violent attacks in the communities of Kaduna and Zamfara, which claimed the lives of more than 60 people, dominated the front pages of Nigerian newspapers.

The Punch reports that the All Progressives Congress (APC) selection committee has invited all aspirants vying for party office at the national and zonal levels to its selection today. The newspaper says the federal government has waived pre-departure COVID-19 PCR testing for fully vaccinated travelers, effective April 4. 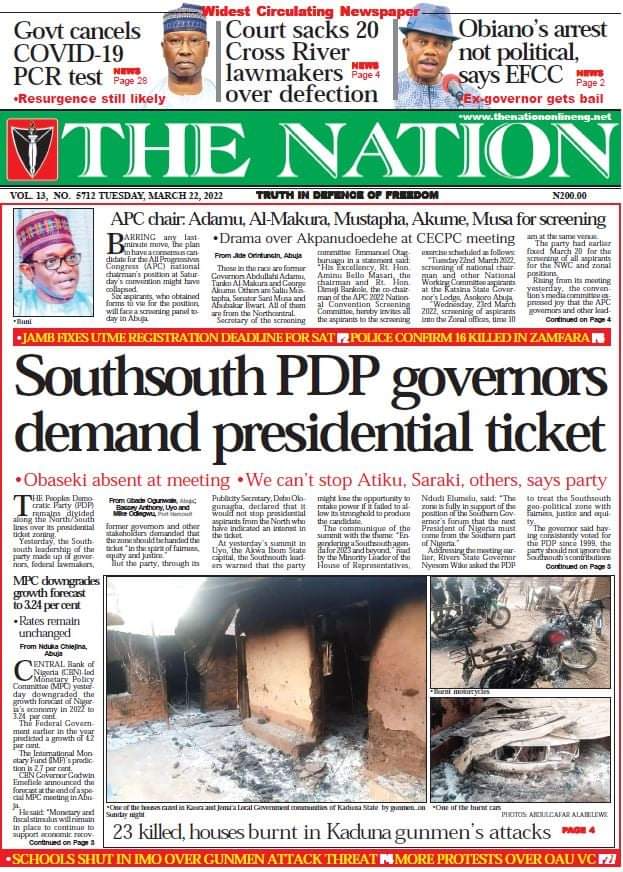 The Nation reports that south-south governors of the Peoples’ Democratic Party (PDP) have demanded that the party’s presidential ticket be zoned in the region. The newspaper says 23 people were killed and several houses burned down in an attack by gunmen on communities in Kaduna. 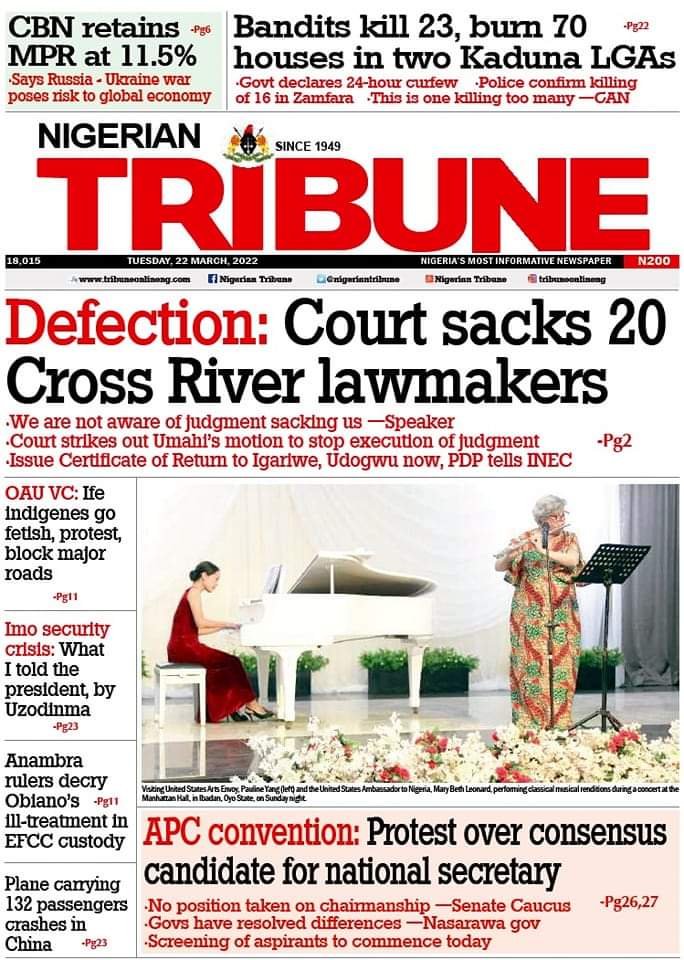 The Nigerian Tribune says a court has sacked 20 Cross River lawmakers who defected to the PDP’s APC. The newspaper reports that traditional Anambra leaders have condemned the mistreatment of former Anambra Governor Willie Obiano by the Economic and Financial Crimes Commission (EFCC). 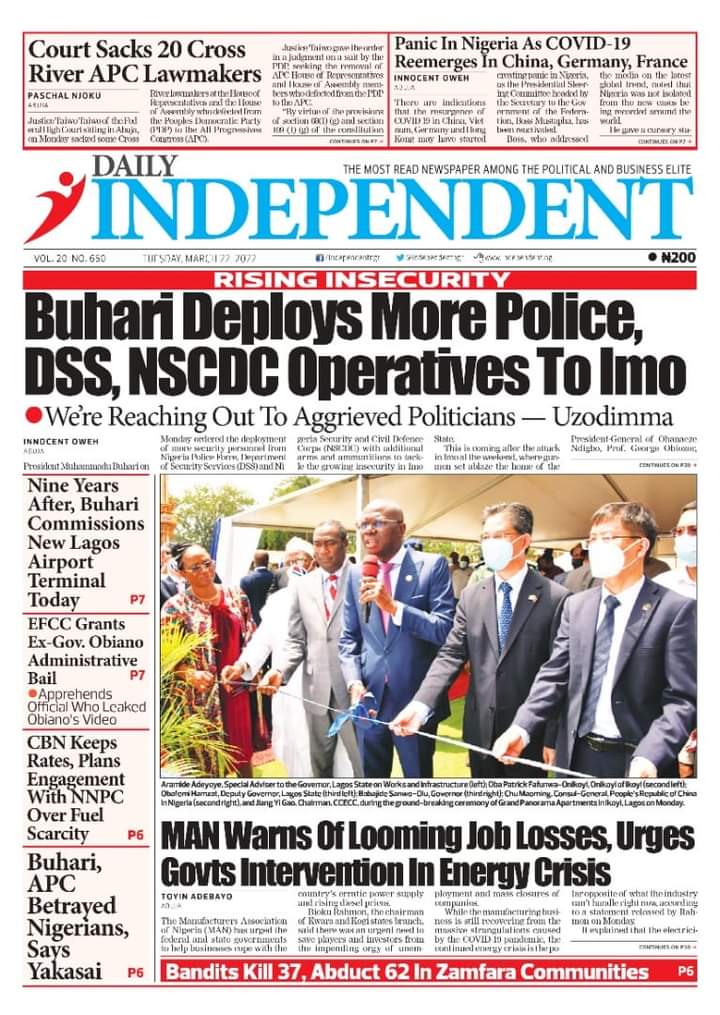 Daily Independent says President Muhammadu Buhari has deployed more security officers to Imo amid growing insecurity in the state. The newspaper reports that the Manufacturers Association of Nigeria (MAN) has warned of impending job losses due to the continuing energy crisis. 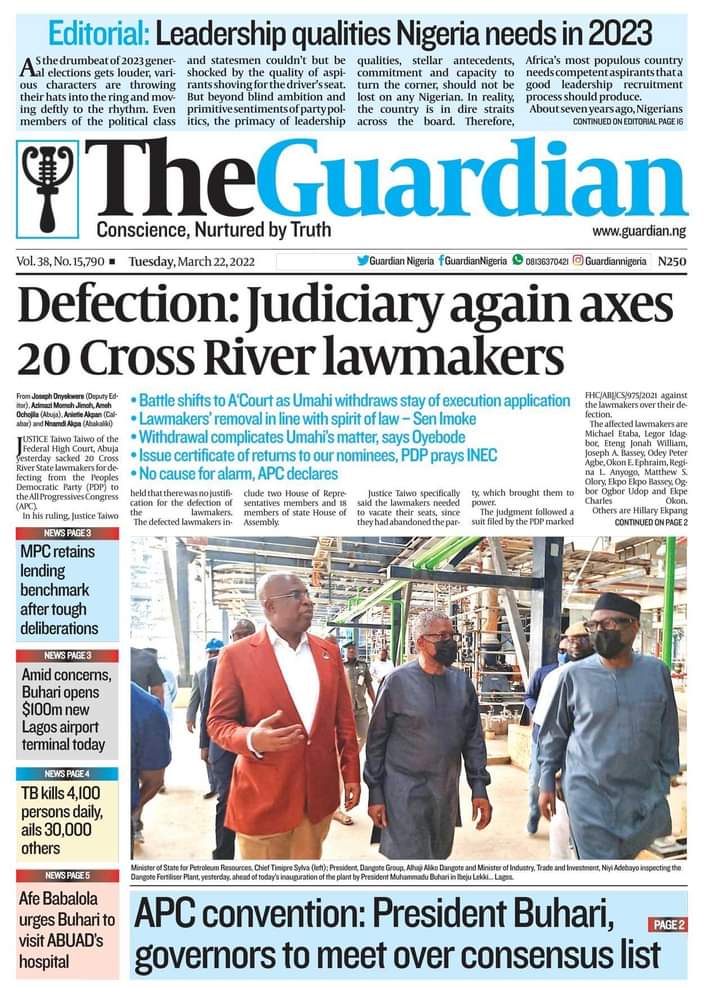 The Guardian says Buhari and the governors are expected to meet on a consensus deal for the March 26 APC national convention. The newspaper reports that the President is expected to inaugurate a new terminal at Lagos International Airport today.