Newspaper headlines: Manufacturers borrowed 1,030,000,000 Naira from banks in one year

The Punch reports that ministers with political ambitions face disqualification for failing to comply with Section 84(12) of the Elections Act 2022. The newspaper says manufacturers have borrowed N1.03 trillion from banks between January 2021 and January 2022. 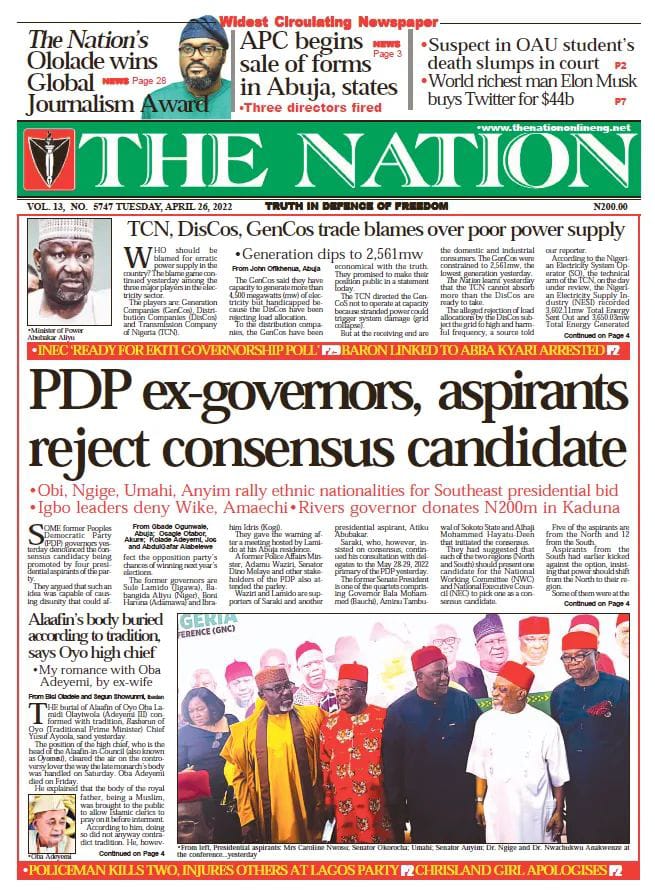 The Nation reports that some former governors of the Peoples Democratic Party (PDP) have denounced the consensus bid promoted by four presidential candidates of the party. Elon Musk, the billionaire founder of Tesla Inc., has agreed to buy the American microblogging platform Twitter for 44 billion dollars, the newspaper indicates. 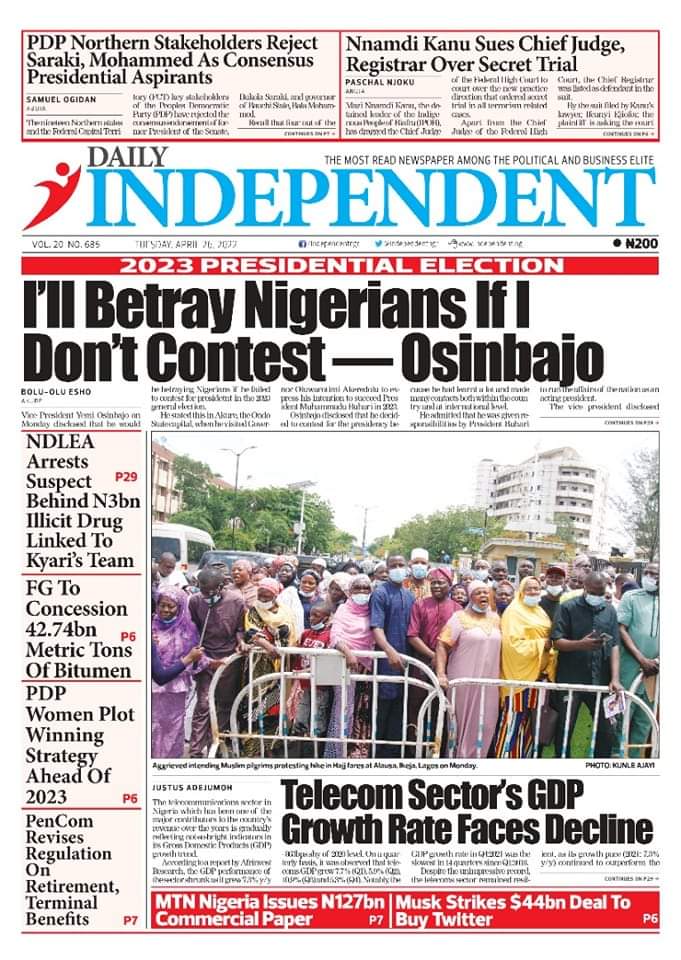 According to the Daily Independent, Vice President Yemi Osinbajo has said it would be a betrayal of Nigerians if he does not run in the 2023 presidential election. The newspaper reports that northern PDP players rejected the consensual bid of Bukola Saraki, former president of the senate, and of Bala Mohammed, governor of Bauchi. 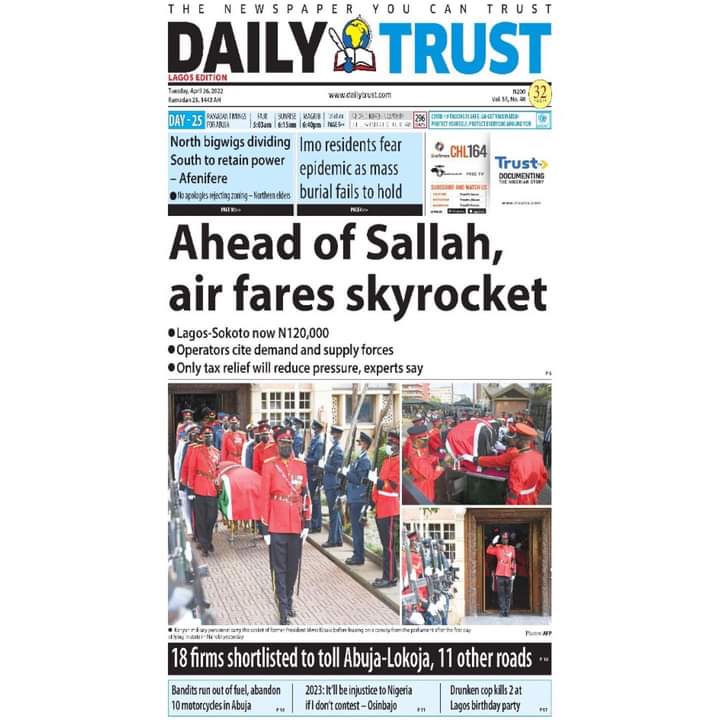 Daily Trust reports that airfares have skyrocketed ahead of the Sallah celebrations. The newspaper says Afenifere accused northern bigwigs of dividing the south in a bid to retain power. 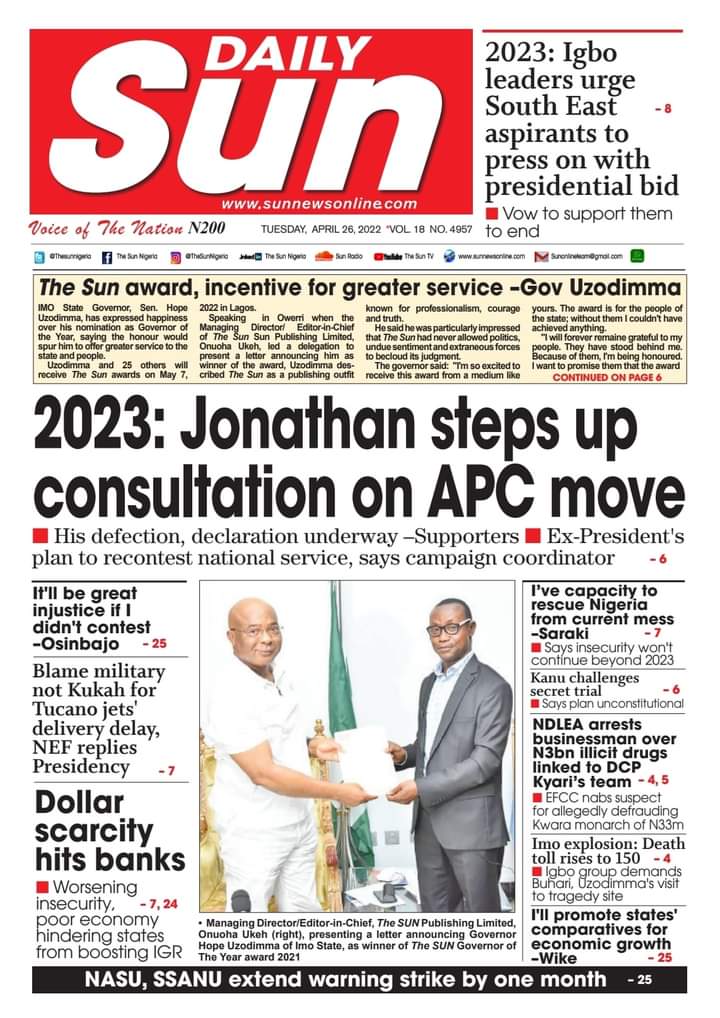 Daily Sun reports that Jonathan has stepped up consultation over a decision to join the All Progressives Congress (APC). The newspaper says the shortage of dollars is hitting Nigerian banks.