Planned attacks on parts of the country, particularly growing insecurity in the Federal Capital Territory (FCT) have dominated the front pages of Nigerian newspapers.

The Punch reports that there are strong indications that ISWAP and Boko Haram were planning to attack some northwestern, north-central and southwestern states. The newspaper reports that the federal government has said there is no immediate solution to the crisis in the aviation sector. 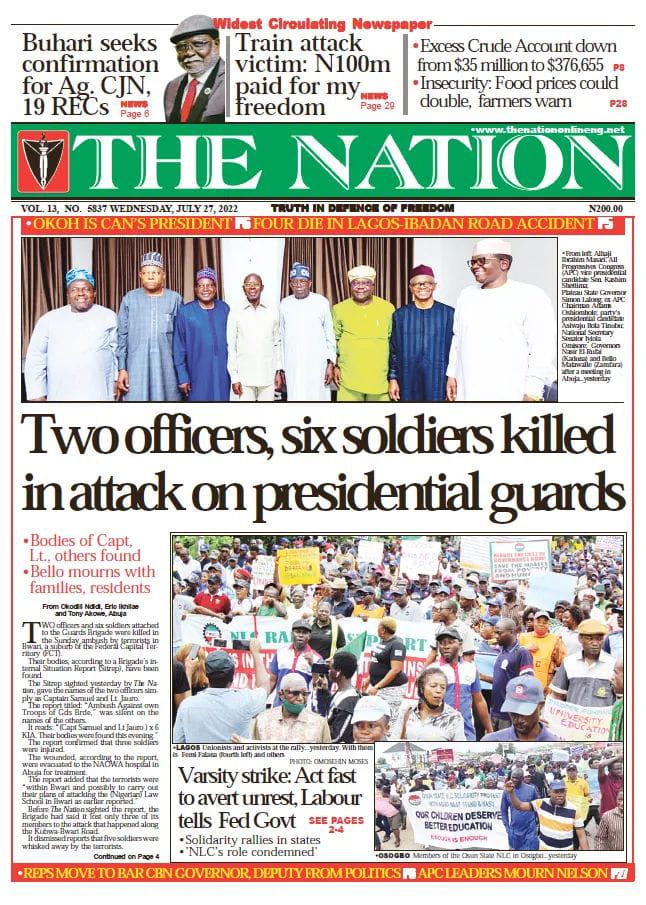 The Nation claims that two officers and six soldiers attached to the Guards Brigade were killed in the ambush by terrorists in Bwari, FCT. The newspaper reports that the Nigeria Labor Congress (NLC) has warned the federal government to act quickly on the ongoing strike by the Academic Staff Union of Universities (ASUU) to prevent the shutdown of the economy. 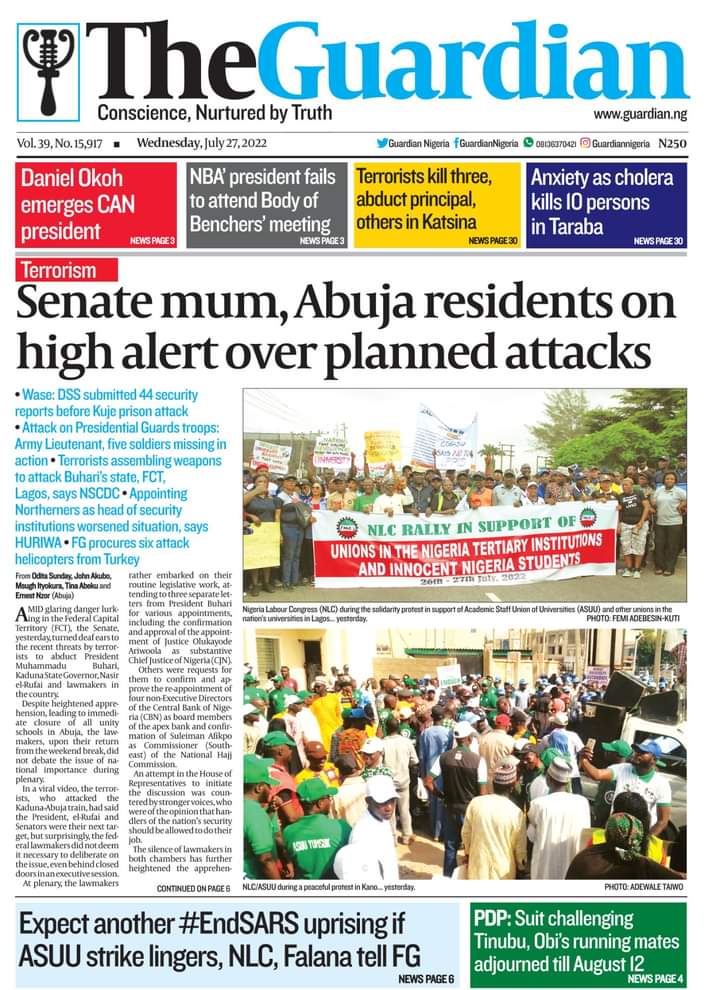 The Guardian reports that residents of Abuja are on high alert for planned terrorist attacks against the FCT. The newspaper says that there is concern in Lau LGA of Taraba following the death of 10 people due to an outbreak of cholera. 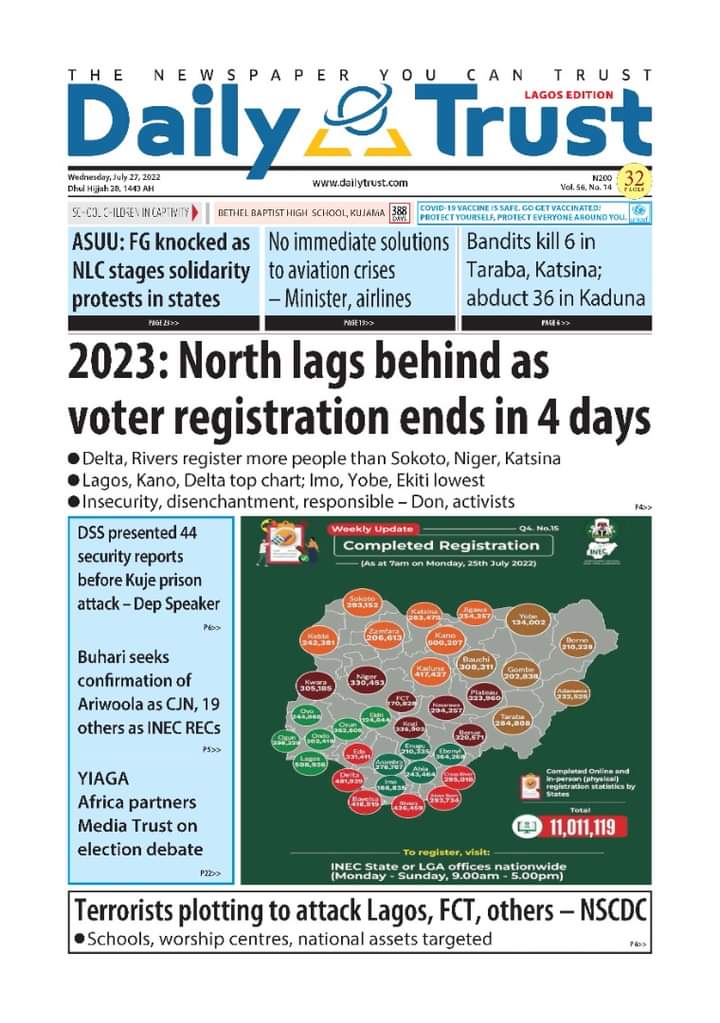 Daily Trust reports that the northern region is lagging behind in continued voter registration as the deadline approaches. The newspaper claims bandits killed six people in Taraba and Katsina, and abducted 36 in Kaduna. 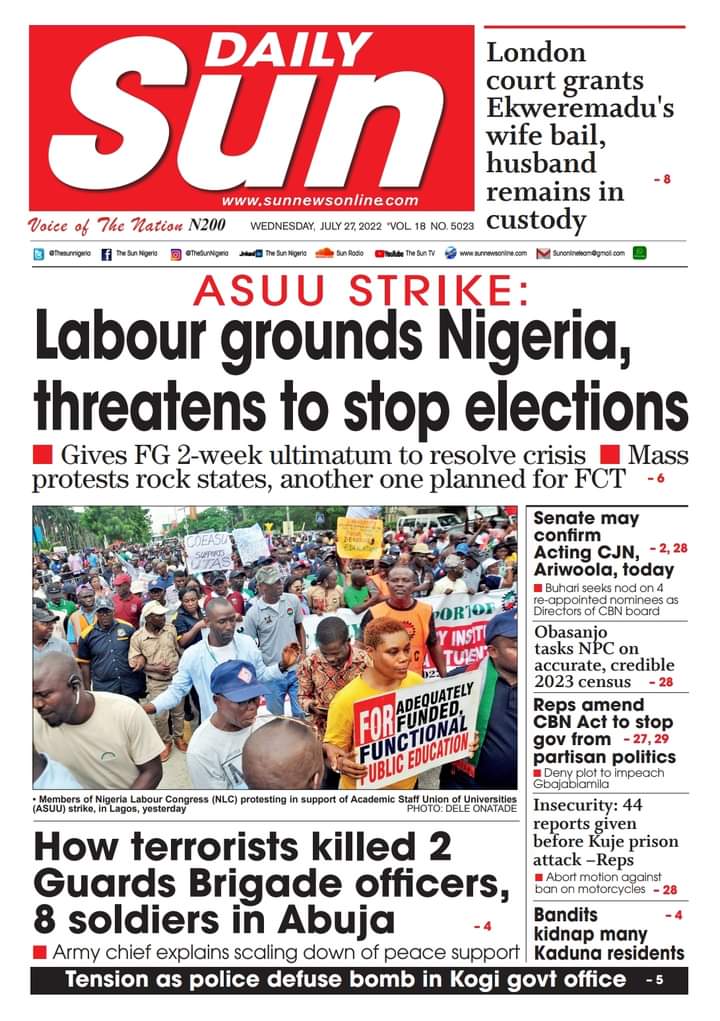 Daily Sun reports that the Nigeria Labor Congress (NLC) has threatened to stop the 2023 elections if the federal government does not resolve the ASUU strike. The newspaper reports that a London court has granted bail to Beatrice Ekweremadu while her husband is still in custody.