Reports that Vice President Yemi Osinbajo informed governors elected on the platform of the All Progressives Congress (APC) of his ambition to challenge the party’s presidential ticket has made headlines in Nigerian newspapers.

The Nation reports that Osinbajo has informed APC governors that he will contest the party’s presidential ticket. The newspaper reports that the appeals court prevented Abubakar Malami, the federation’s attorney general, from defeating the hearing of the appeal against the judgment which ordered the removal of article 84 (12) from the electoral law. of 2022. 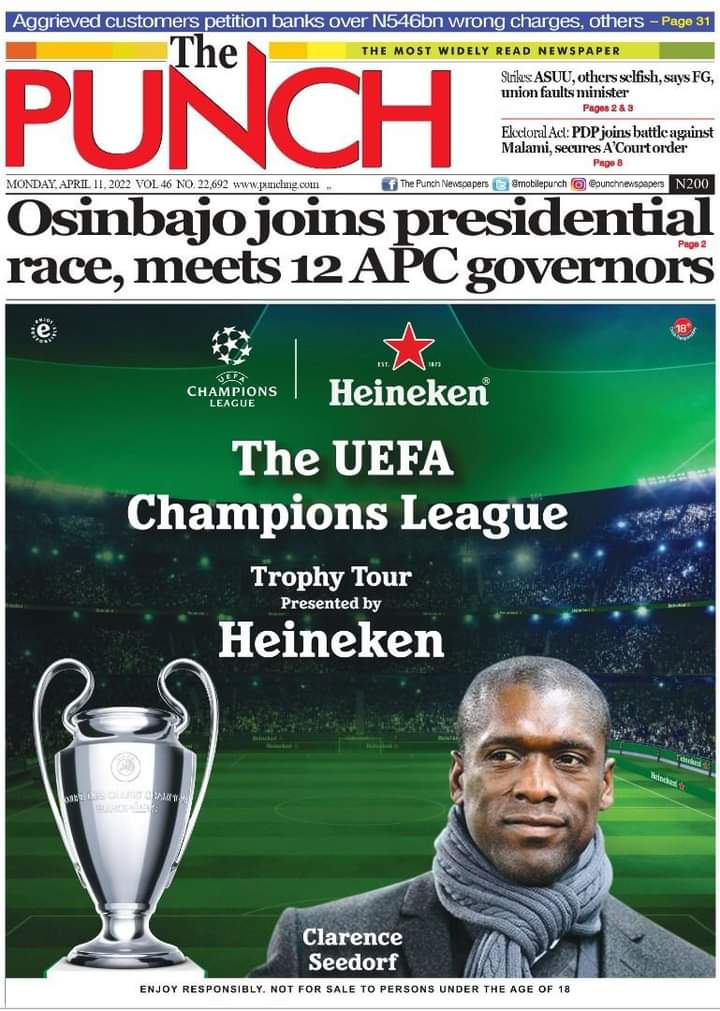 The Punch reports that Osinbajo has finally joined the 2023 presidential race after months of speculation. The newspaper reports that the federal government has accused the Academic Staff Union of Universities (ASUU) of being selfish in the face of the strike called by the union. 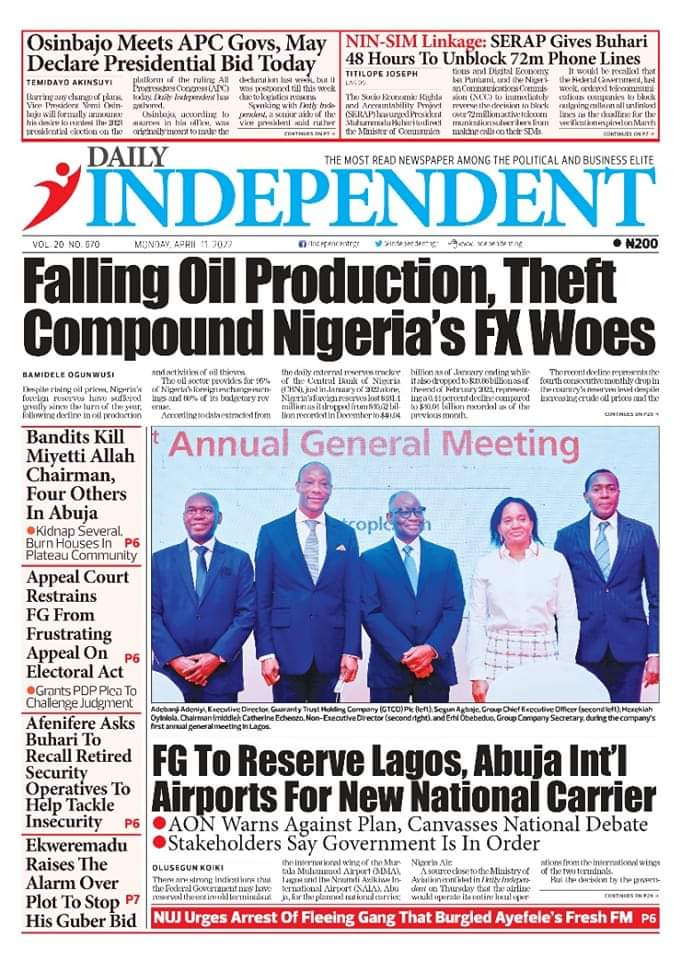 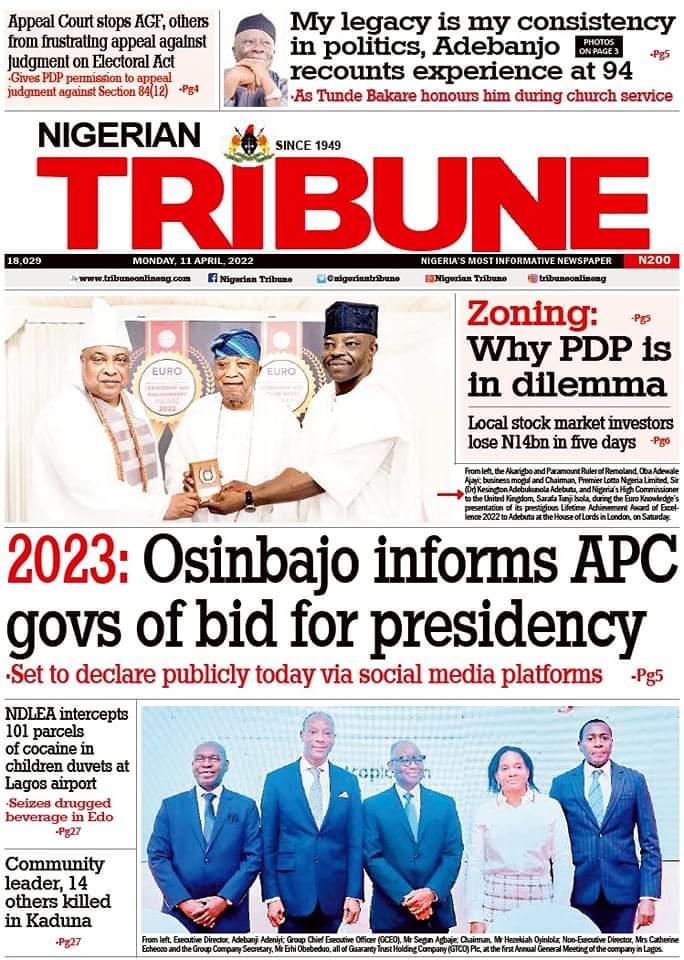 The Nigerian Tribune reports that the Peoples Democratic Party (PDP) is in a state of dilemma over the issues surrounding the zoning of its 2023 presidential ticket. The newspaper reports that Isiaku Madaki, a community leader, and 14 others have were killed by gunmen in Chikun LGA, Kaduna State. 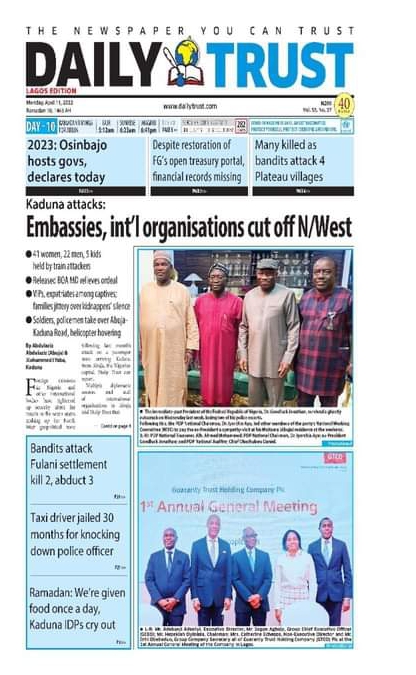 Daily Trust reports that foreign missions in Nigeria and other international bodies have ordered their staff to avoid traveling to the northwest of the country due to growing insecurity in the region. The newspaper claims bandits killed scores of people in an attack on four villages, Kukawa, Gyanbahu, Dungur and Keram in Kanam LGA of Plateau State.