The relentless burnings at Independent National Electoral Commission (INEC) offices across the country and their implications for the 2023 elections have dominated the front pages of Nigerian newspapers. 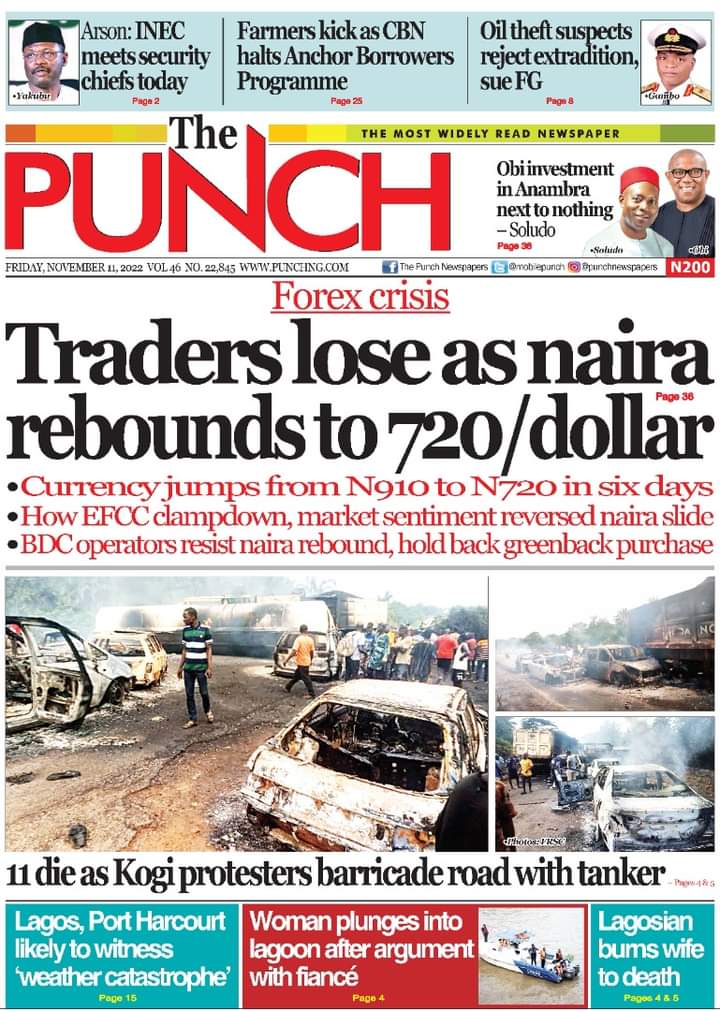 The Punch reports that the naira rebounded 20.8% to 720/dollar in the parallel market. The newspaper reports that farmers have opposed the decision of the Central Bank of Nigeria (CBN) to stop disbursing funds under the Principal Borrowers Scheme which started in 2015. 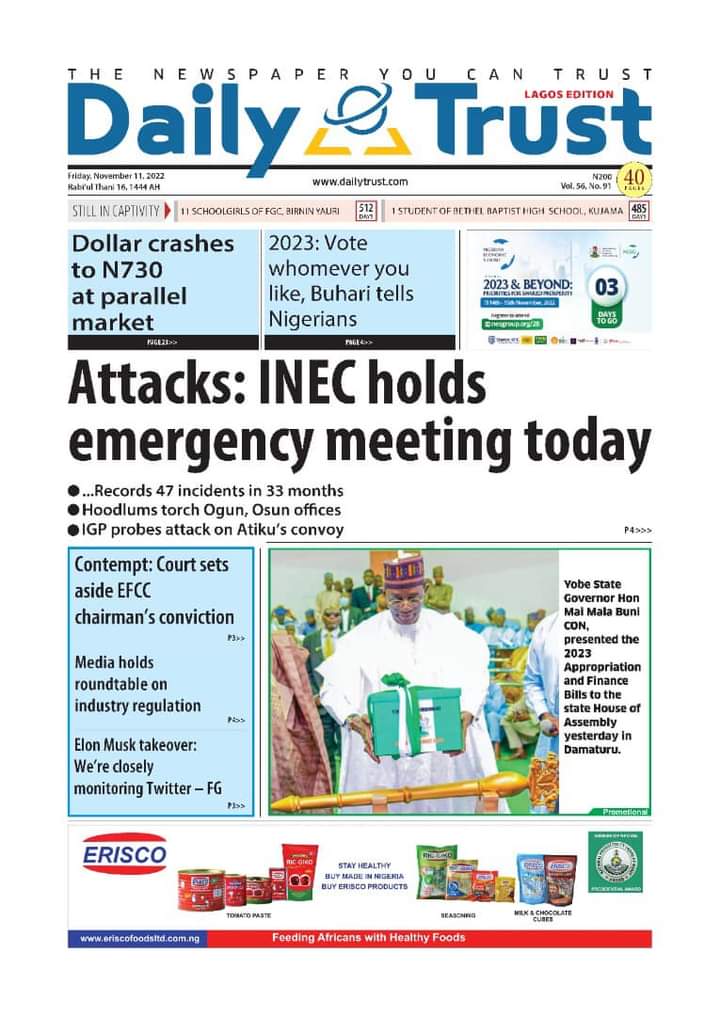 Daily Trust reports that INEC is set to hold an emergency meeting on the attacks on its offices. The newspaper reports that the High Court of the Federal Capital Territory (FCT) has overturned its dismissal order of Economic and Financial Crimes Commission (EFCC) Chairman Abdulrasheed Bawa for contempt. 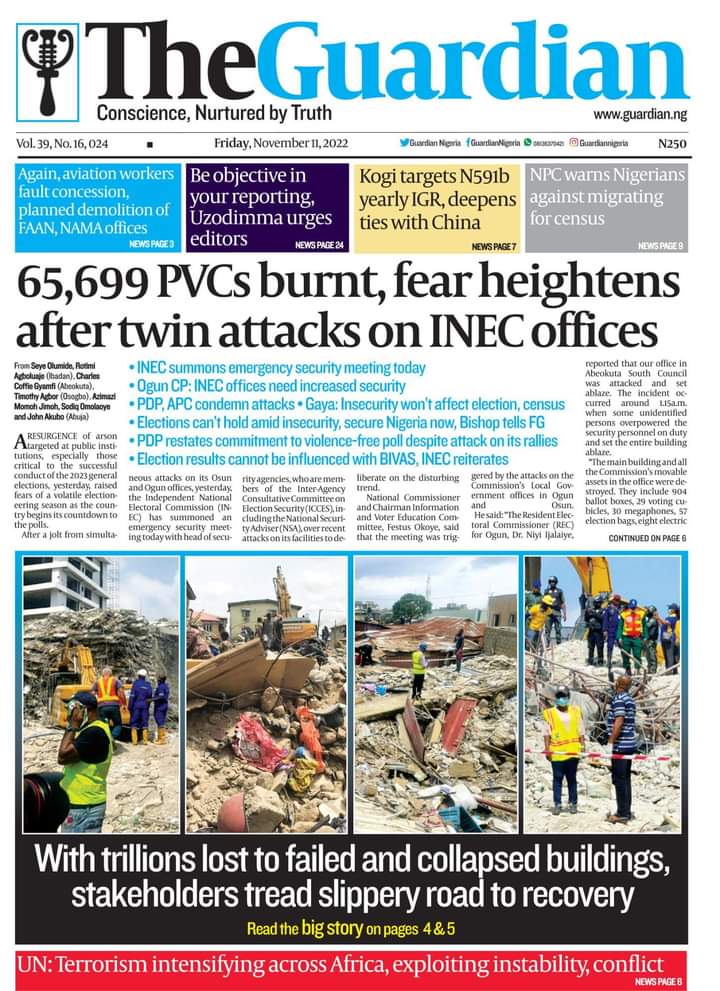 The Guardian says the resurgence of arson attacks at INEC offices has raised fears of an unstable election season ahead of the 2023 elections. The United Nations (UN) has said growing terrorism is a major threat to international peace, reports the newspaper. 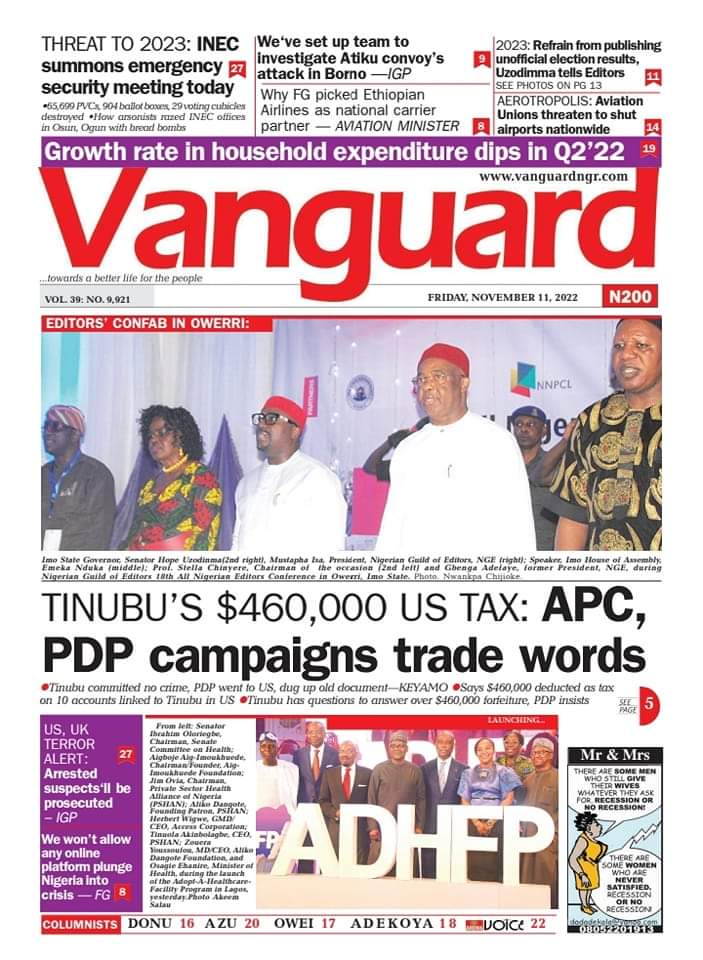 Vanguard reports that the All Progressives Congress (APC) and the Peoples Democratic Party (PDP) have exchanged words over the alleged confiscation of $460,000 by Bola Tinubu, the APC presidential candidate, in the United States for “drug trafficking “. The newspaper says aviation unions have threatened to close the country’s airports because of the federal government’s concession plan.