The crackdown on money changer operators by the Economic and Financial Crimes Commission (EFCC) amid the depreciation of the naira has dominated the front pages of Nigerian newspapers.

The Nation says All Progressives Congress (APC) presidential candidate Bola Tinubu said his party was unbeatable in Lagos. The newspaper reports that the federal government has announced its plan to avert food shortages in the country. 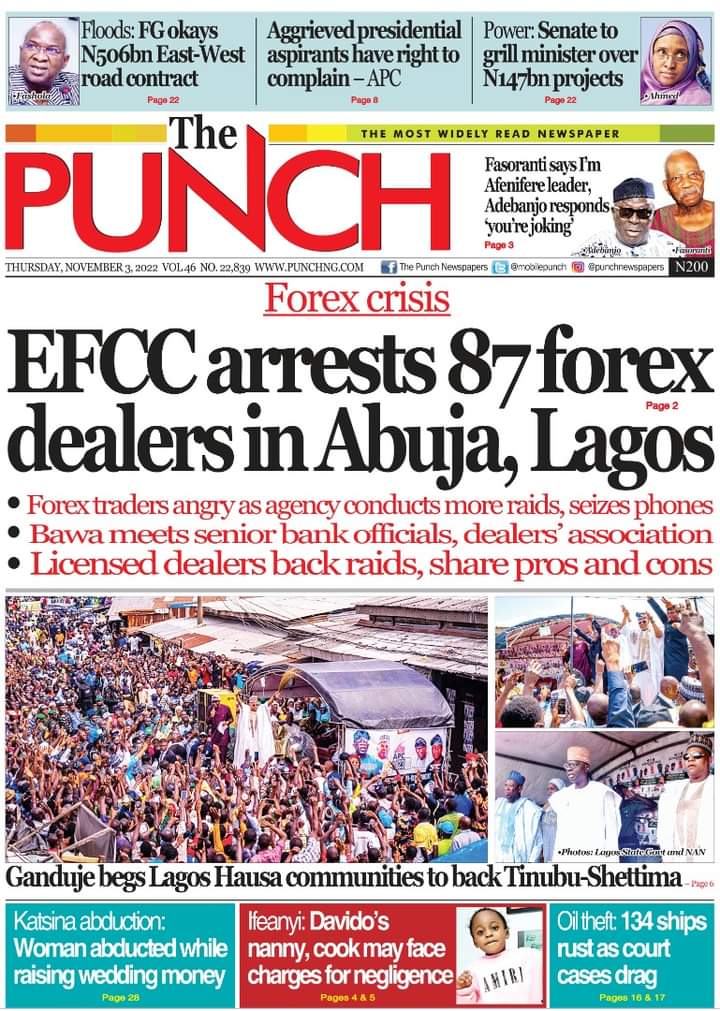 The Punch reports that the EFCC has arrested 87 money changer operators in Abuja and Lagos amid the depreciation of the naira. The newspaper reports that the federal government has approved 506 billion naira for the rehabilitation of the east-west road, which was destroyed by the floods. 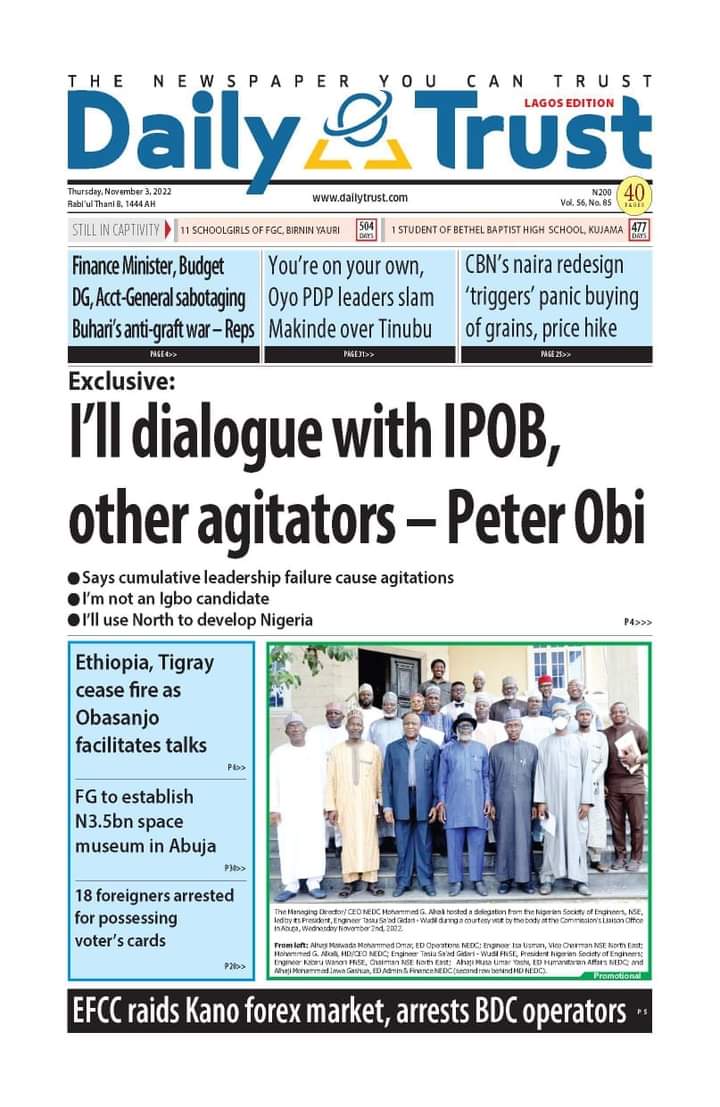 Daily Trust reports that Labor Party presidential candidate Peter Obi has said he would engage with members of the Indigenous Outlawed People of Biafra (IPOB) and other agitators if elected president. The newspaper reports that the federal government is set to establish a 3.5 billion naira space museum in Abuja. 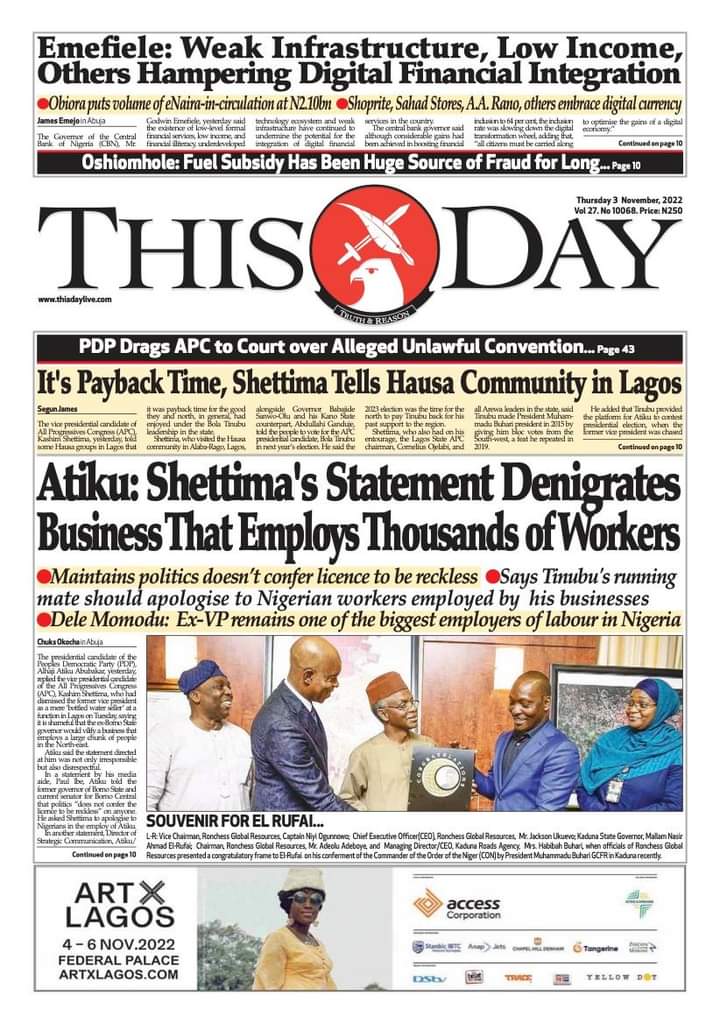 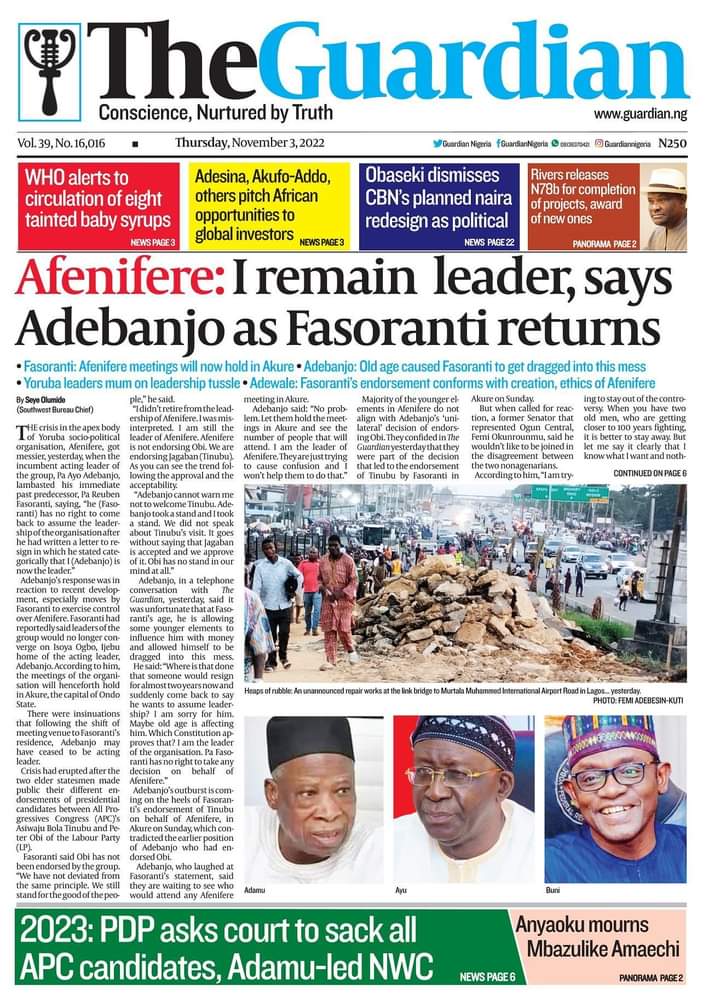 The Guardian says the crisis at Afenifere, the Yoruba socio-cultural group, took on another dimension as Reuben Fasoranti, leader of the group, decided to take control despite handing over to Ayo Adebanjo. The newspaper reports that Godwin Obaseki, Governor of Edo, said the decision by the Central Bank of Nigeria (CBN) to redesign naira banknotes is purely political.