The comment of Iyorchia Ayu, National Chairman of the Peoples Democratic Party (PDP), against those calling for his resignation dominated the front pages of Nigerian newspapers.

The Nation says Ayu has drawn the battle line with aggrieved party leaders calling for his resignation. The newspaper reports that the Economic and Financial Crimes Commission (EFCC) said it was investigating Bello Matawalle, governor of Zamfara, for alleged money laundering. 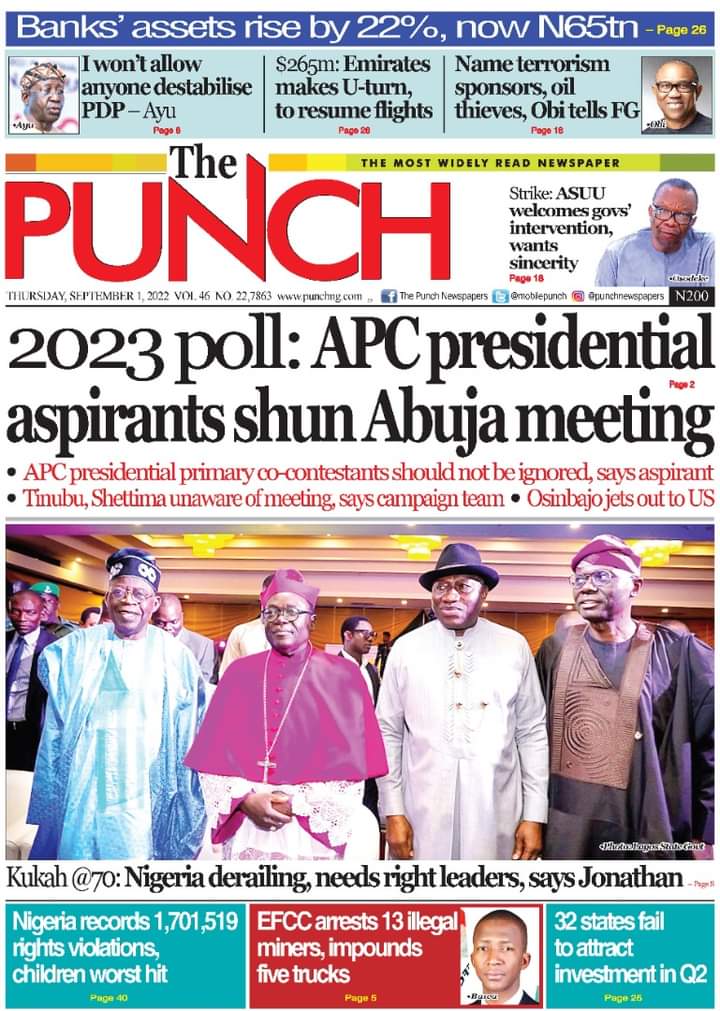 According to The Punch, a meeting of All Progressives Congress (APC) presidential candidates scheduled for Abuja did not take place. The newspaper reports that 32 states failed to attract capital import in the second quarter of 2022. 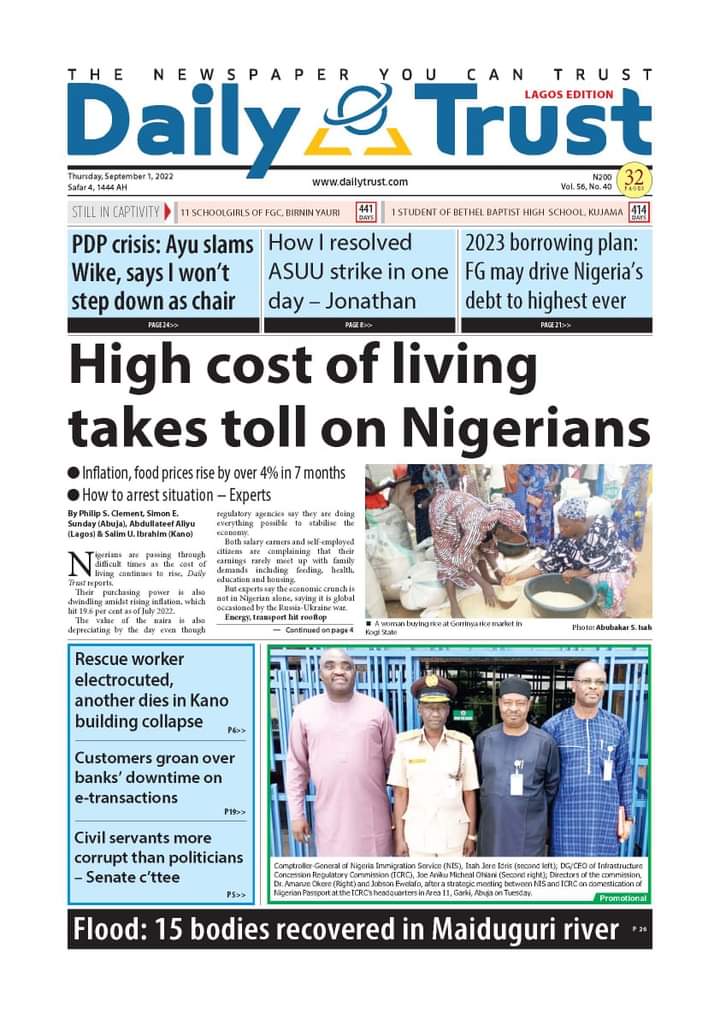 According to Daily Trust, Nigerians are going through tough times due to the rising cost of living. The newspaper reports that the federal government’s borrowing plan to fund the 2023 budget could push Nigeria’s debt to an all-time high. 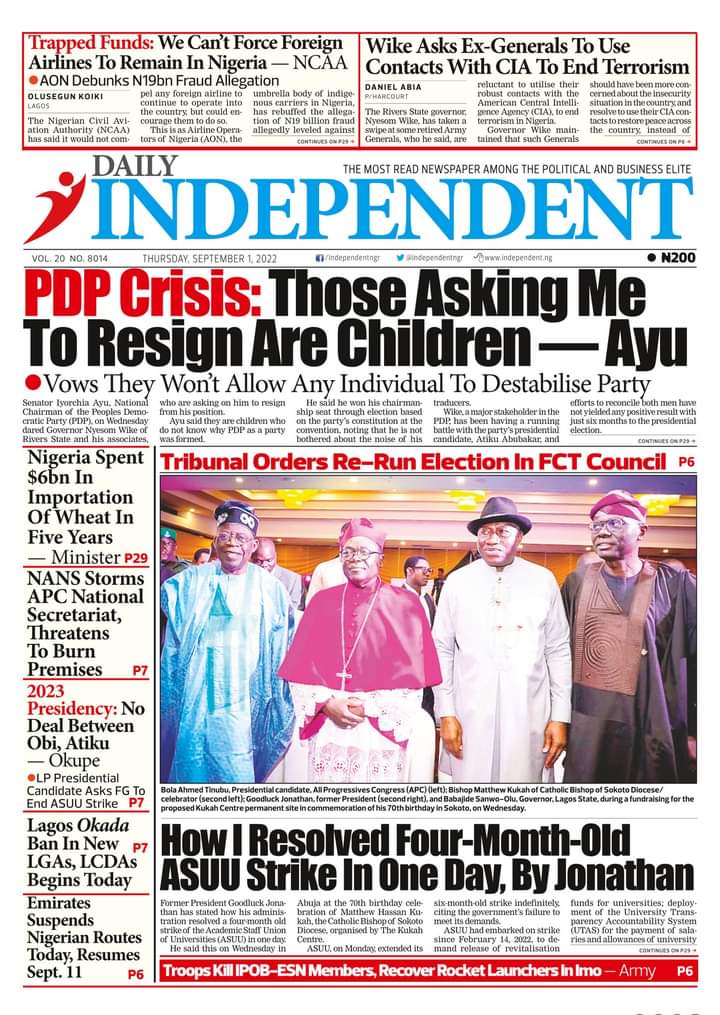 Daily Independent reports that the national chairman of the PDP has said that those calling for his resignation are children. The newspaper says Emirates Airlines has announced the resumption of flight operations to Lagos, effective September 11, 2022. 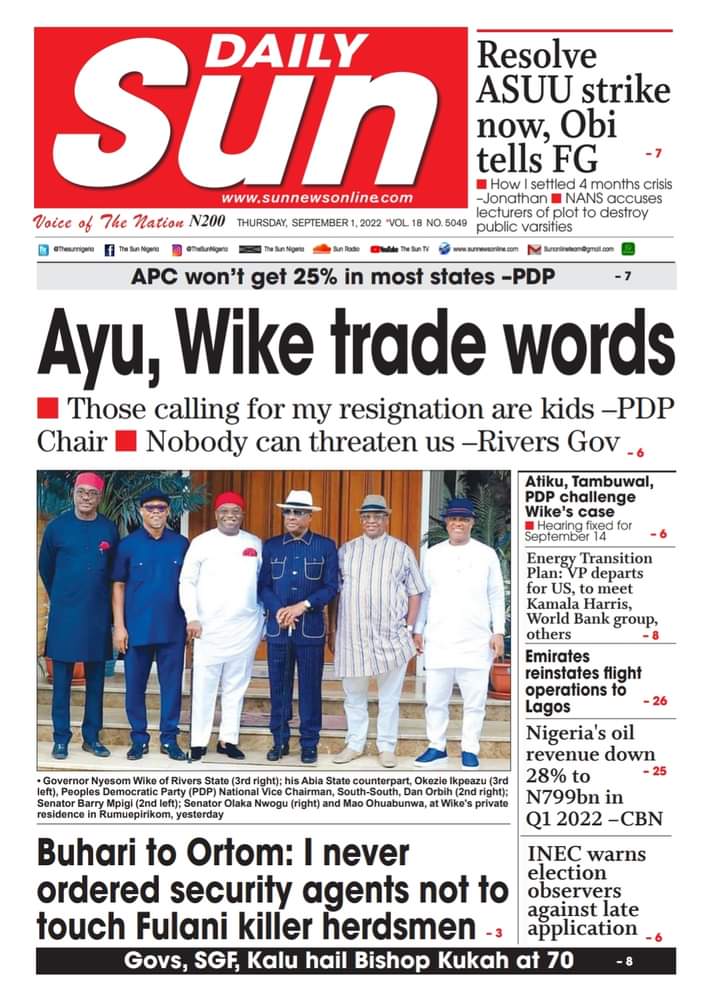