Articles about the prolonged strike by the Academic Staff Union of Universities (ASUU) dominated the front pages of Nigerian newspapers. 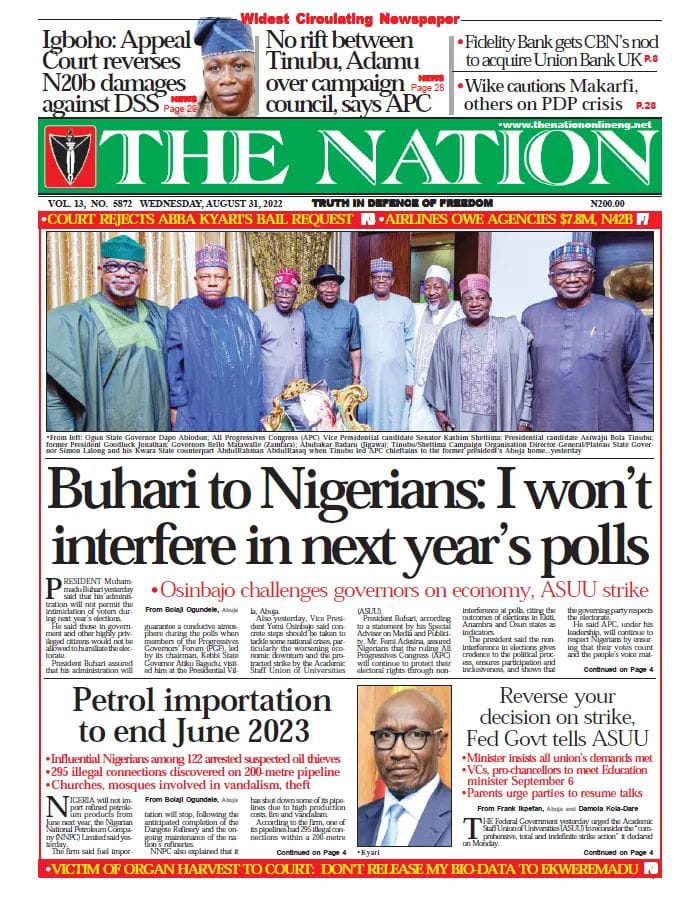 The Nation reports that President Muhammadu Buhari has said his administration will not allow voter intimidation in the 2023 election. 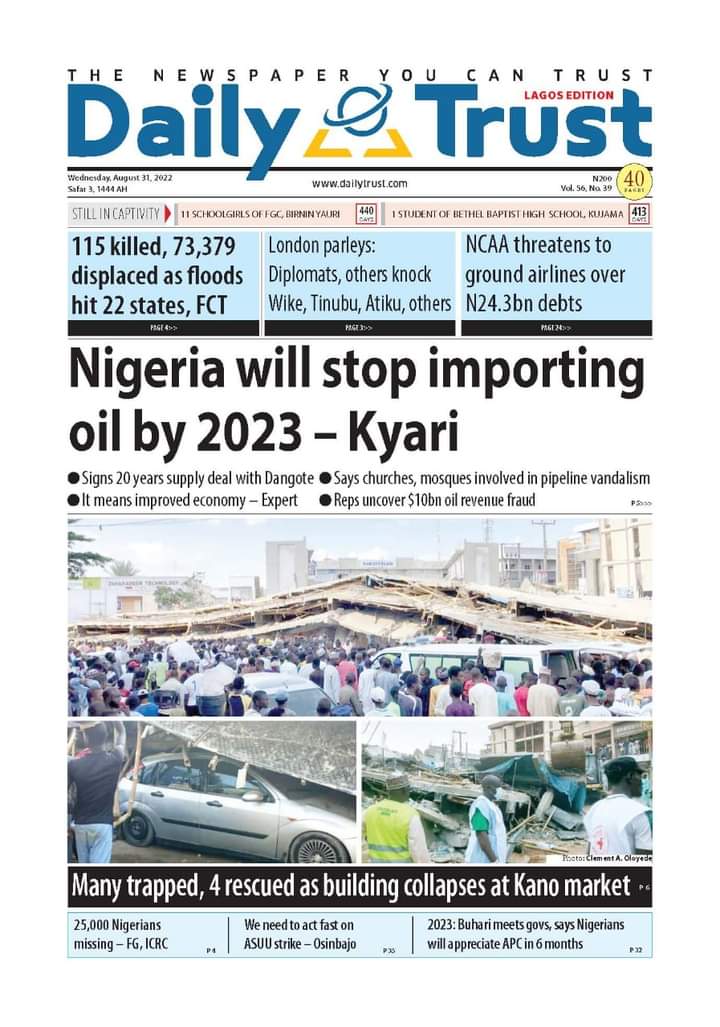 Daily Trust reports that the Nigerian Civil Aviation Authority (NCAA) has threatened to sanction domestic airlines for a N19 billion debt over ticket sales. The newspaper reports that the presidency said floods have killed 115 people, displaced 73,379 and injured 277 others in 22 states and Abuja since the start of 2022. 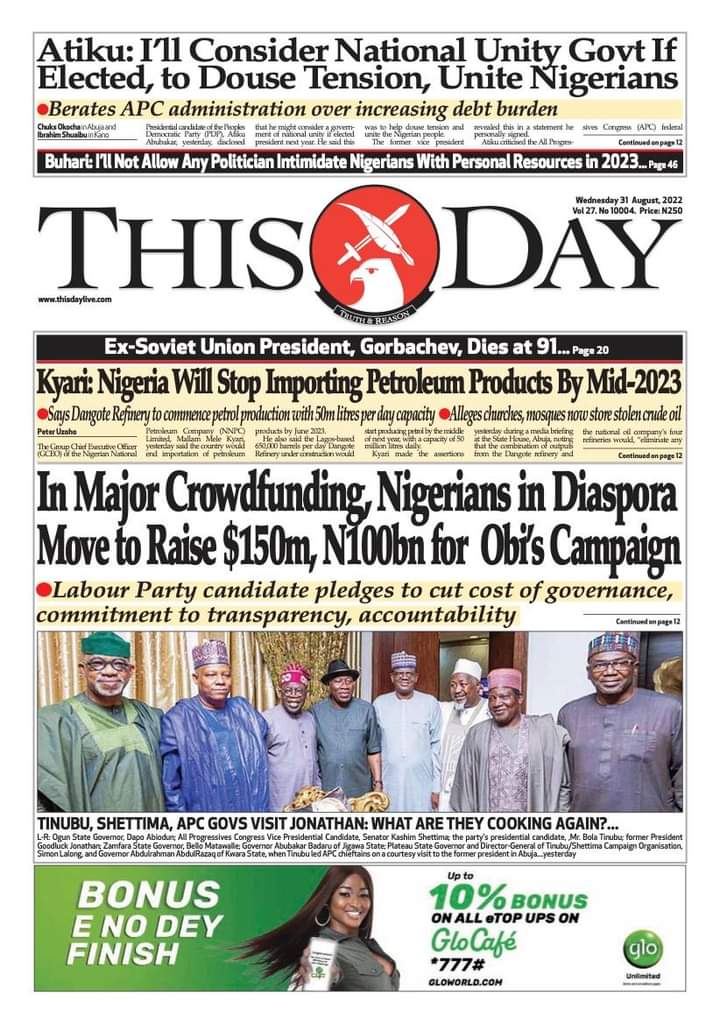 THISDAY reports that Diaspora Nigerians have decided to raise $150 million and N100 billion for the presidential campaign of Peter Obi of the Labor Party. The newspaper reports that Mikhail Gorbachev, the former leader of the Soviet Union who ended the Cold War, has died aged 91. 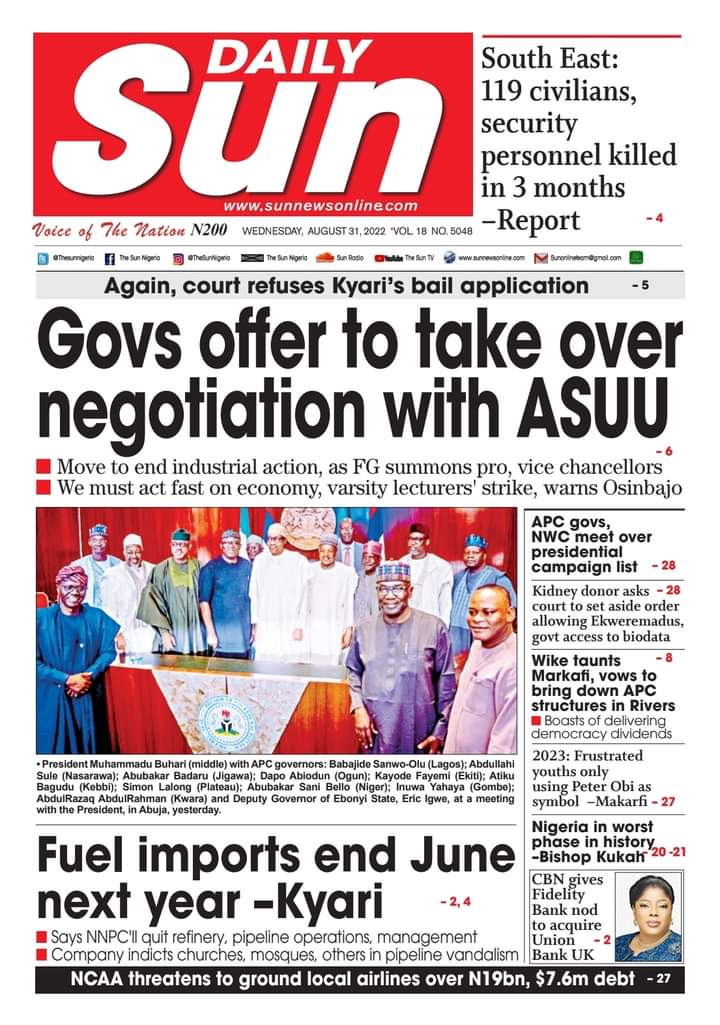 The Daily Sun said governors elected on the platform of the All Progressives Congress (APC) said they were ready to negotiate with ASUU over the ongoing strike. The newspaper reports that non-state actors have killed 83 civilians and 36 security personnel in three months.