Newspaper Headlines: CPA Majority in Senate Under Threat as 20 Senators Plan to Defect

Reports of the wave of defections rocking the All Progressives Congress (APC) in the Senate dominated the front pages of Nigerian newspapers.

The Punch reports that 20 APC senators have concluded plans to switch to opposition parties. The newspaper claims that telecom companies have shaken the NIN-SIM hurdle to reclaim 16 million subscribers. 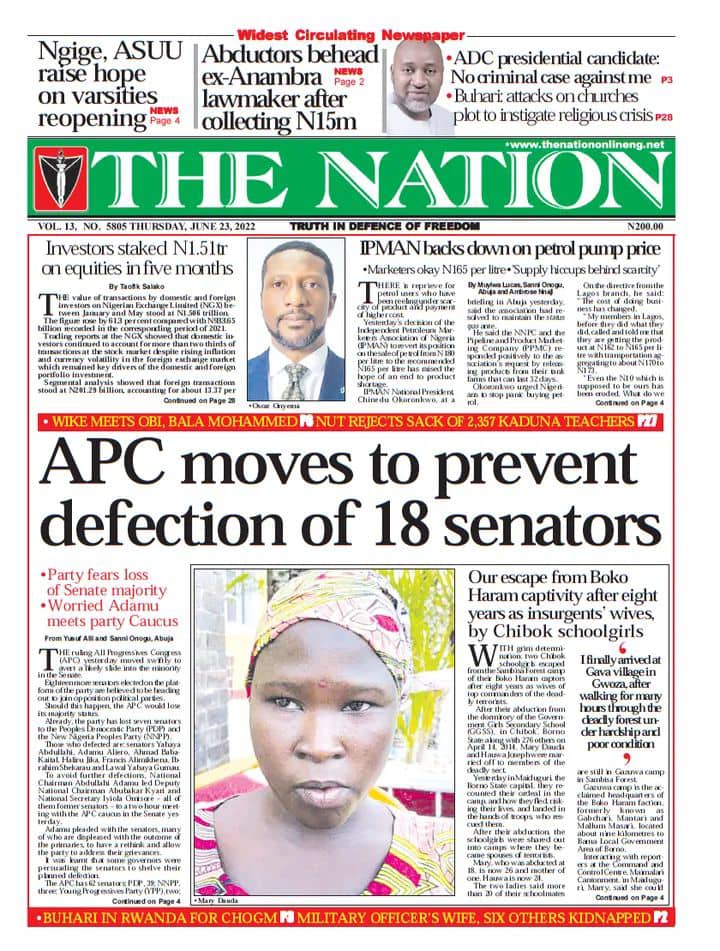 The Nation says the APC has taken steps to avoid a likely slide to minority status in the Senate due to the expected defection of some senators. The newspaper reports that the Independent Petroleum Marketers Association of Nigeria (IPMAN) has changed its position on the price of petrol from N180 per liter to N160. 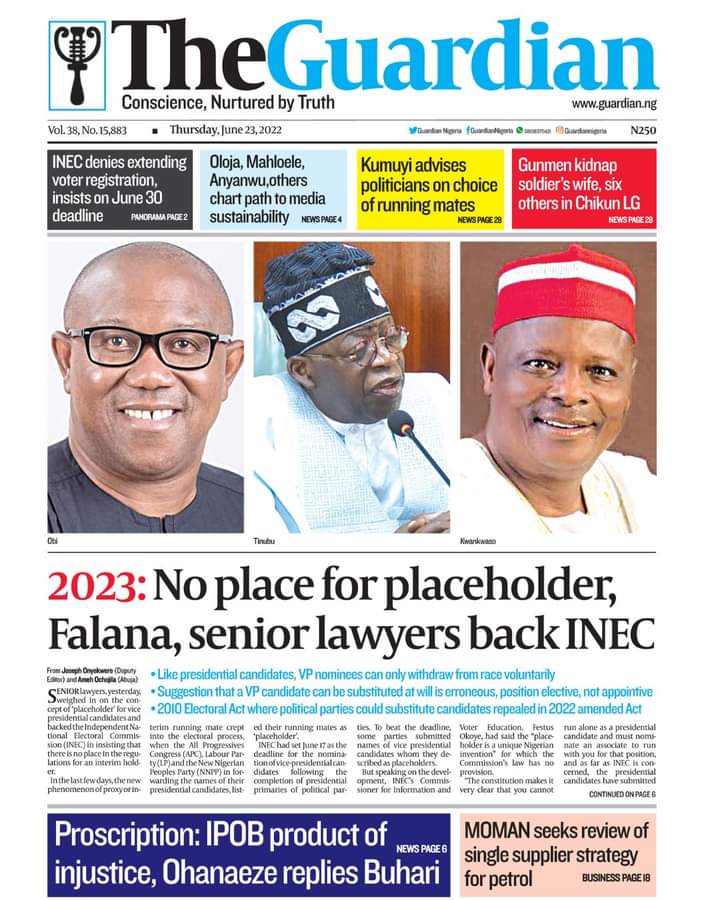 The Guardian says legal scholars have said there is no place for placeholders in nominating candidates and their running mates for elective posts. The newspaper reports that the Independent National Electoral Commission (INEC) has denied extending voter registration, while insisting on a June 30 deadline. 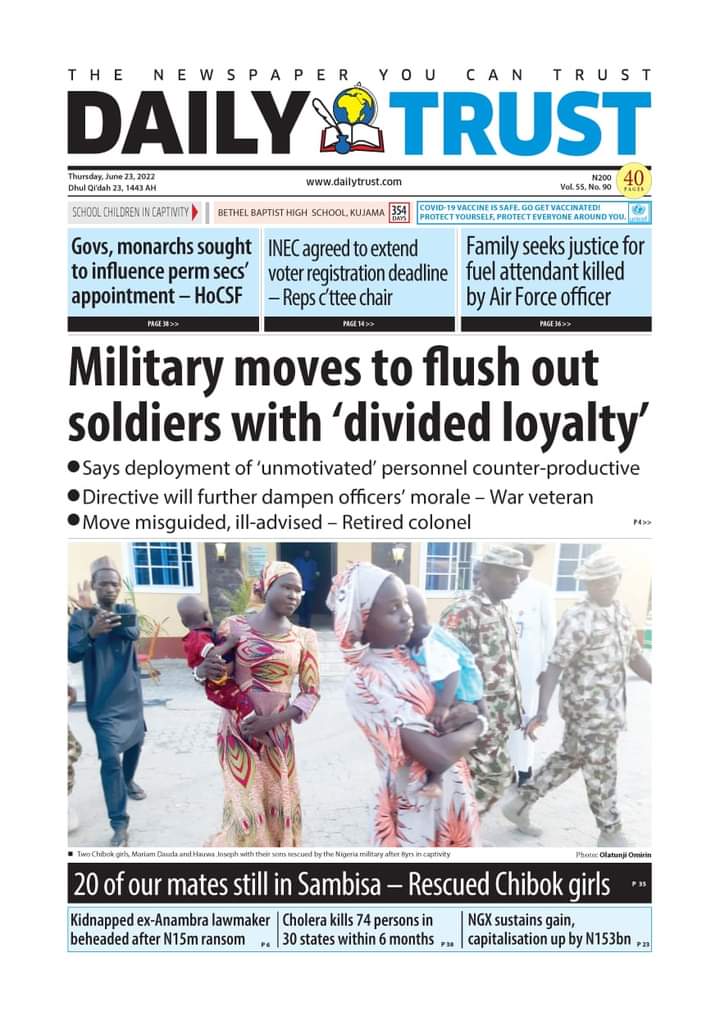 According to the Daily Trust, a mass retreat is looming in the military, with the high command ordering the immediate retirement of all “soldiers with divided loyalty or disgruntled or unmotivated personnel” from the armed forces. The newspaper reports that cholera has killed 74 people in 30 states in six months. 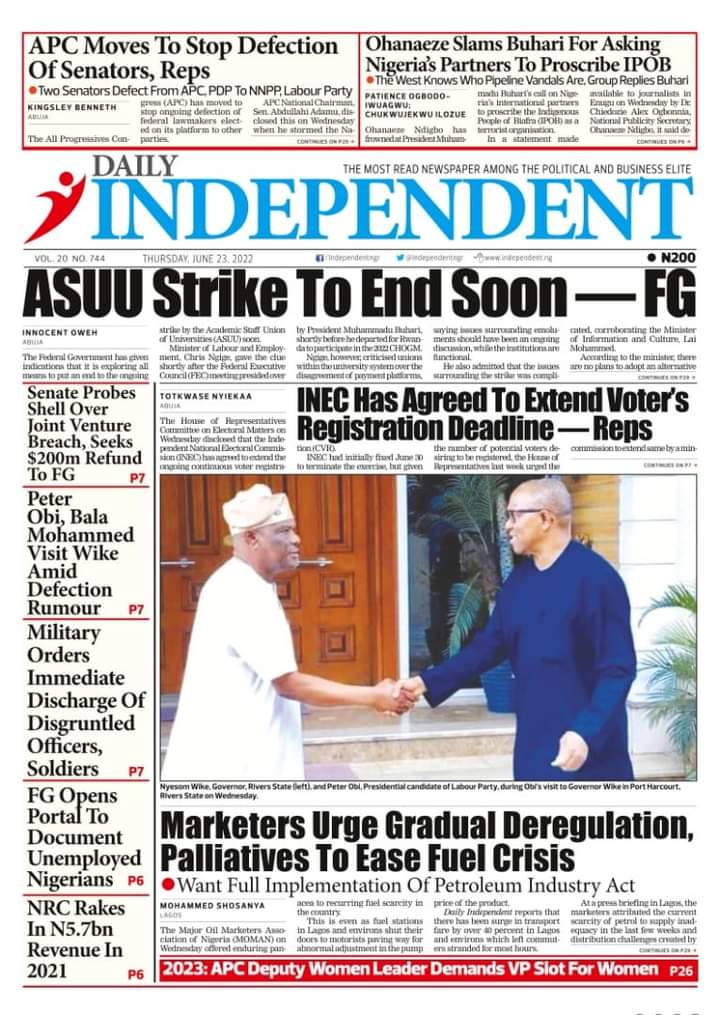 Daily Independent reports that the federal government has announced that the Academic Staff Union of Universities (ASUU) will soon end its ongoing strike. The newspaper reports that Ohanaeze Ndigbo criticized President Muhammadu Buhari for asking Western allies to declare the Indigenous Peoples of Biafra (IPOB) as terrorists.