The killing of three people by gunmen at two churches in Kajuru LGA of Kaduna State dominated the front pages of Nigerian newspapers.

The Punch reports that the All Progressives Congress (APC) and the Peoples Democratic Party (PDP) clashed over allegations of vote-buying in the Ekiti Governor election on Saturday. The newspaper says Nigeria’s debt servicing bill has risen by 109% to N896.56 billion. 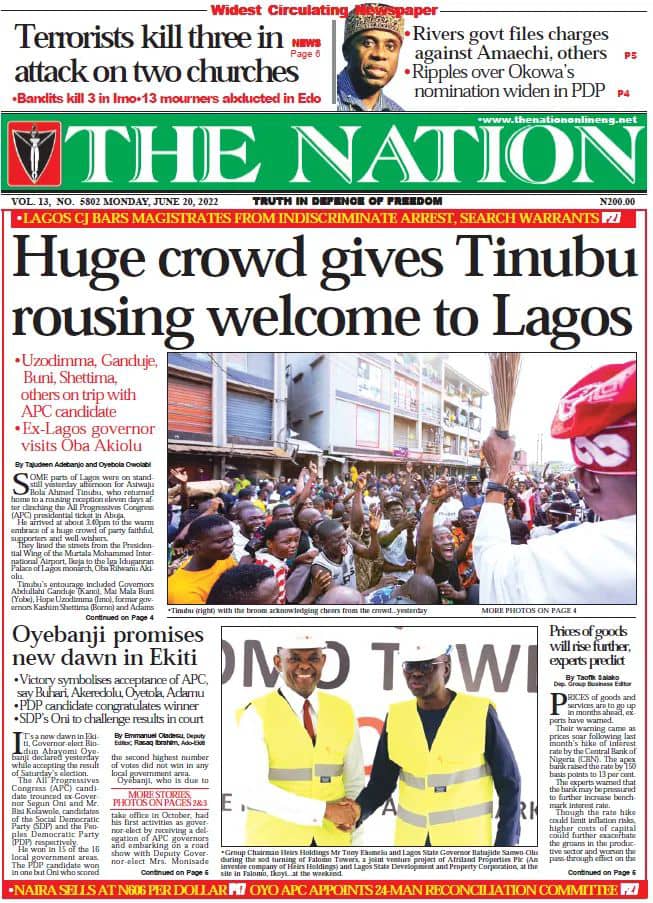 The Nation says the Rivers State government has filed a nine-count charge bordering on theft and conspiracy against Rotimi Amaechi, Minister of Transport. The newspaper reports that experts have predicted that the prices of goods and services will rise in the coming months. 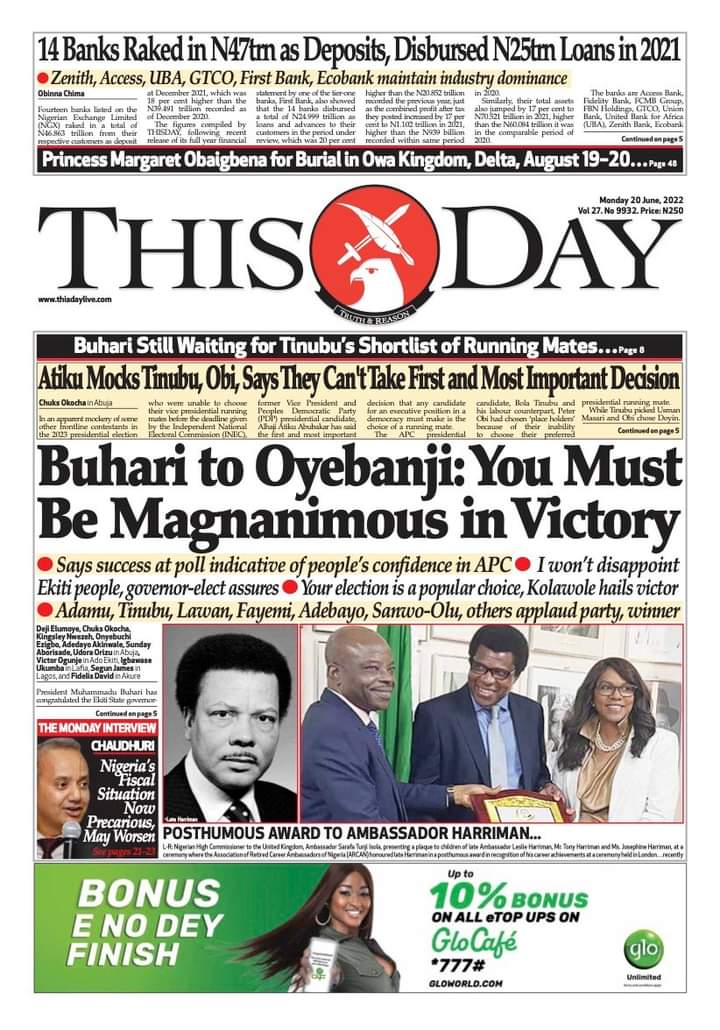 THISDAY says President Muhammadu Buhari has asked Biodun Oyebanji, governor-elect of Ekiti, to be magnanimous in victory. The newspaper reports that Tinubu did not present a shortlist of his favorite running mates to Buhari for deliberation. 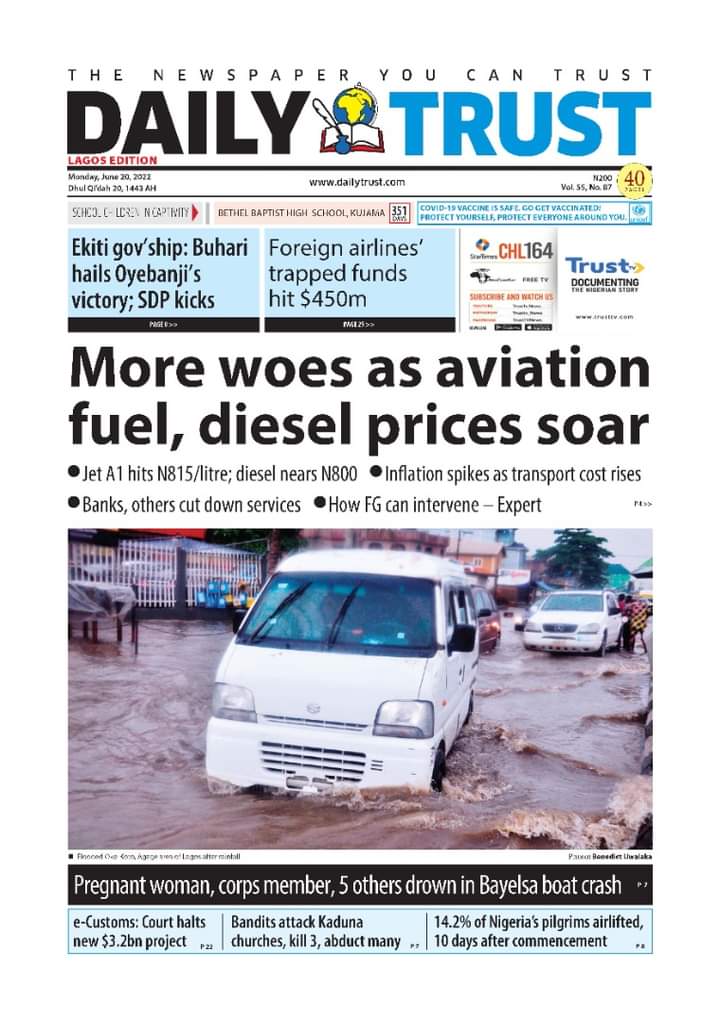 According to Daily Trust, Nigerians may face more difficulties as aviation fuel and diesel prices have soared. The newspaper reports that bandits killed three people and abducted many people in an attack on two churches in Kajuru LGA of Kaduna State. 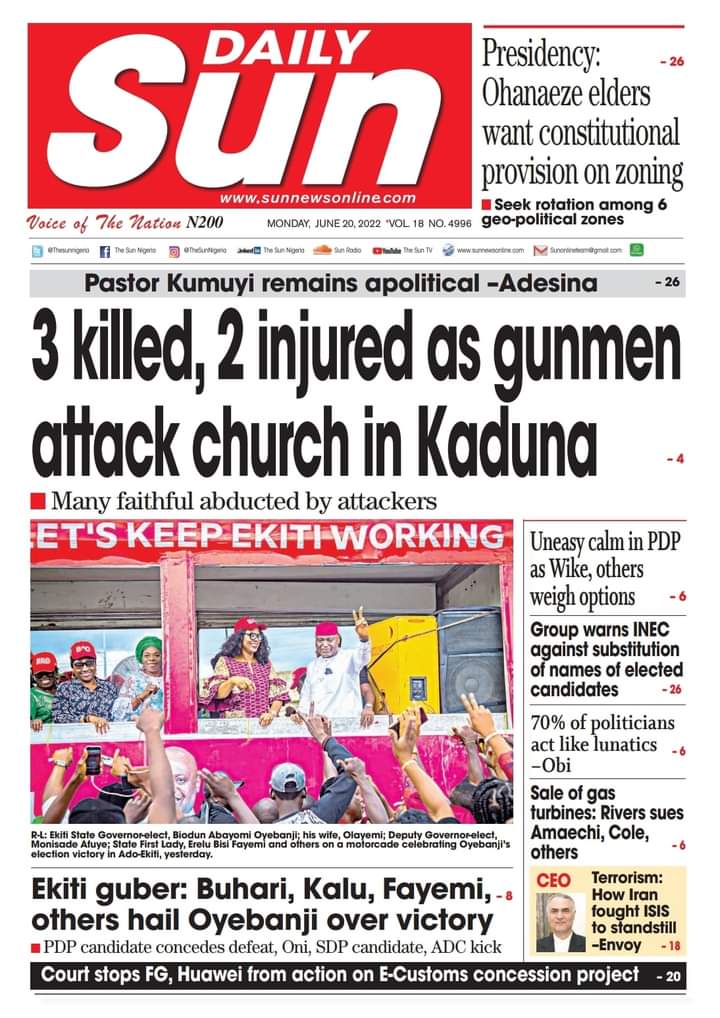 Daily Sun reports that Ohanaeze alumni are calling for a constitutional provision for the zoning of elective positions, particularly the presidency. Labor presidential candidate Peter Obi said 70% of politicians act like “crazy people”, the paper reports.