The action plan of Bola Tinubu, presidential candidate of the All Progressives Congress, and his New Nigeria Peoples Party (NNPP) counterpart, Rabiu Kwankwaso, has made headlines in Nigerian newspapers.

The Punch reports that the Economic and Financial Crimes Commission plans to expand the massive raid on forex traders to other parts of the country. The newspaper reports that Kwankwaso said he would recruit 1.5 million soldiers and police to fight insecurity. 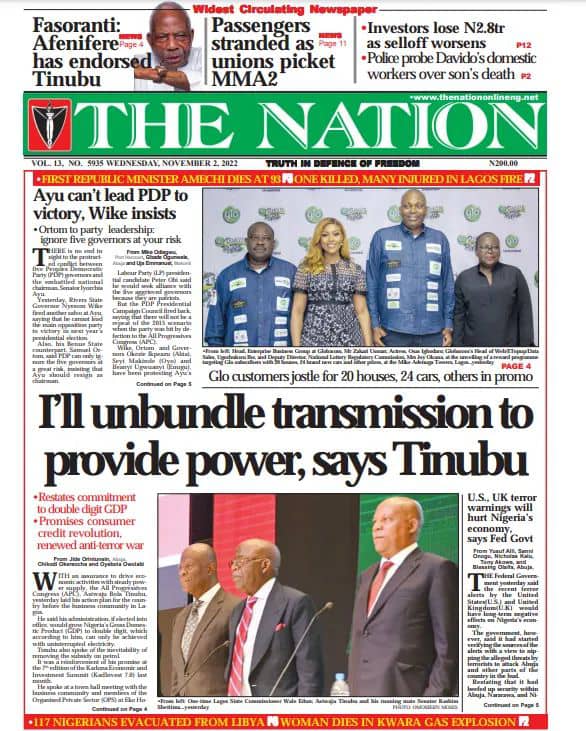 The Nation says Tinubu said he would decentralize the Transmission Company of Nigeria (TCN) to ensure the improved power supply. The newspaper reports that the federal government has said recent terror scares from the US and UK will have long-term negative effects on the Nigerian economy. 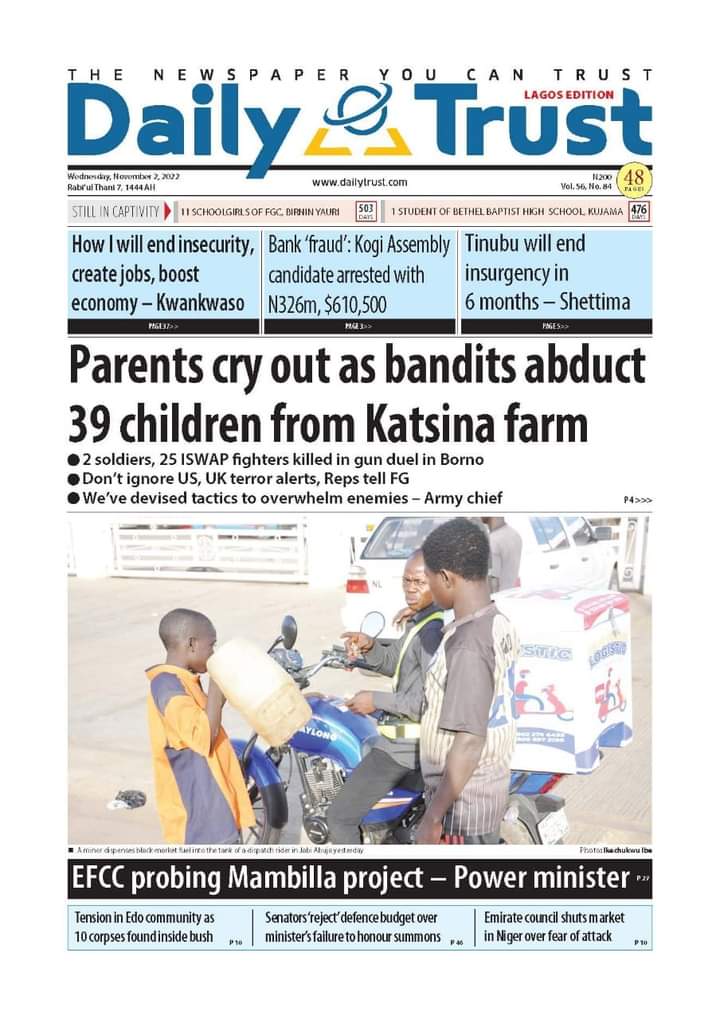 Daily Trust reports that bandits abducted 39 children working on a farm in Faskari LGA of Katsina State. Abubakar Aliyu, Minister of Energy, said the EFCC was investigating the execution of the Mambilla hydropower project, according to the newspaper. 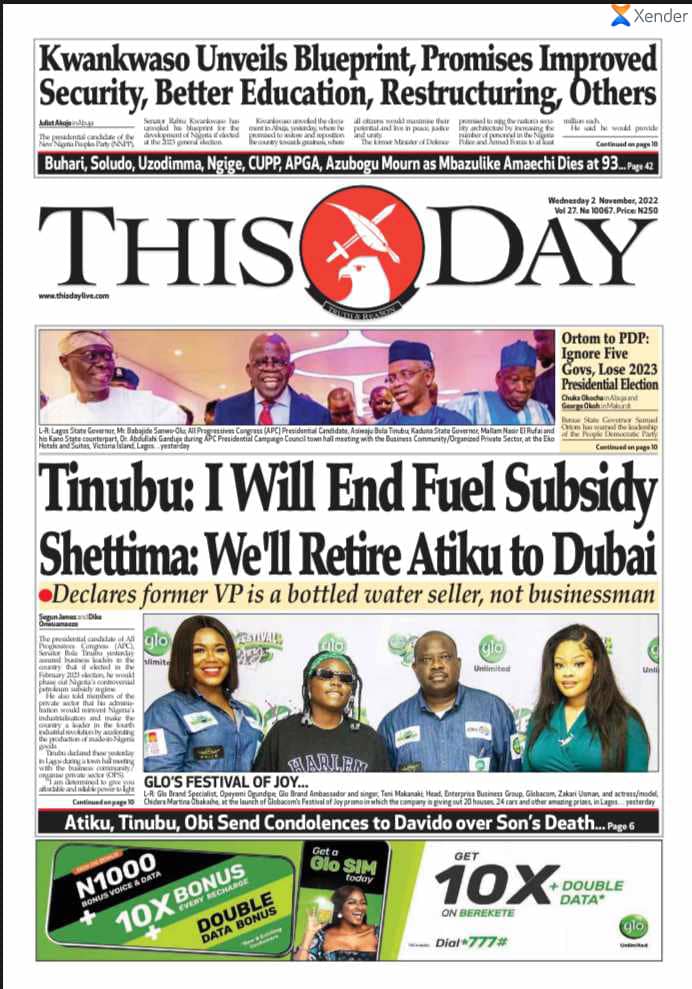 THISDAY reports that Tinubu said he would end the gasoline subsidy payment if elected president. The newspaper claims that Samuel Ortom, Governor of Benue, dared the People’s Democratic Party (PDP) to ignore the party’s five aggrieved governors or lose the 2023 presidential election. The Daily Sun reports that Edwin Clark, head of the Pan-Niger Delta Forum (PANDEF), said Buhari broke the constitution by not officially handing over power to Vice President Yemi Osinbajo before leaving for a medical in London . The newspaper says one person was reportedly killed in a fire at a four-storey building in Adeola Odeku on Victoria Island, Lagos.