Reports of a federal high court ordering the confiscation of Diezani Madueke’s mansions and luxury cars in Abuja dominated the front pages of Nigerian newspapers.

The Punch says the federal government has revealed the country is losing three million barrels of oil a month to theft. The newspaper reports that the Nigeria Medical Association (NMA) lamented that the country’s 10,296 doctors are currently practicing in the UK. 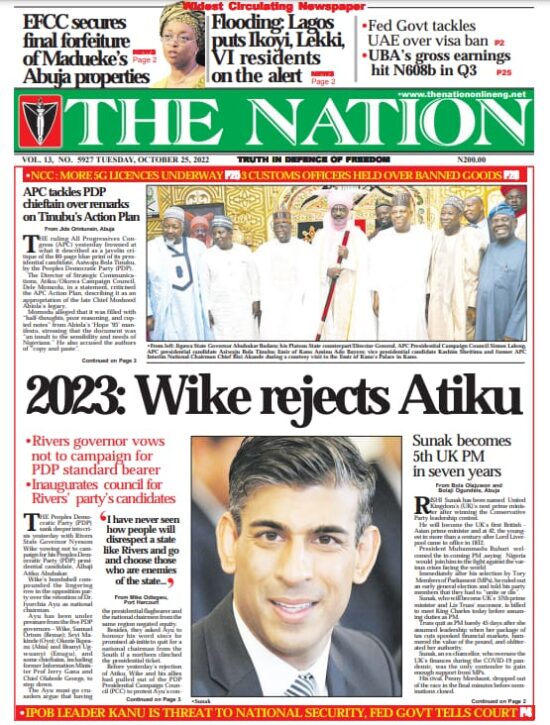 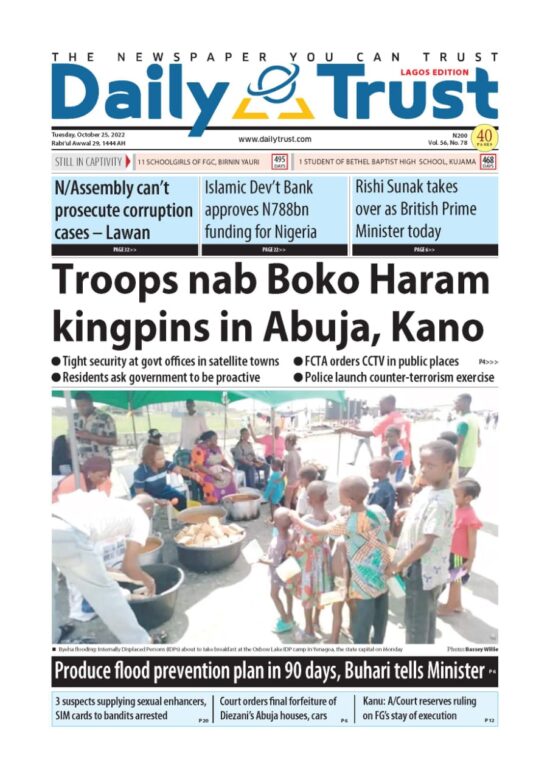 Daily Trust says the Nigerian military has nabbed suspected Boko Haram kingpins in Abuja amid fears of a potential attack on the federal capital. The newspaper reports that President Muhammadu Buhari issued a 90-day ultimatum to Suleiman Adamu, Minister of Water Resources, to work with the Ministries of Environment and Transport to develop an action plan for the prevention of floods. 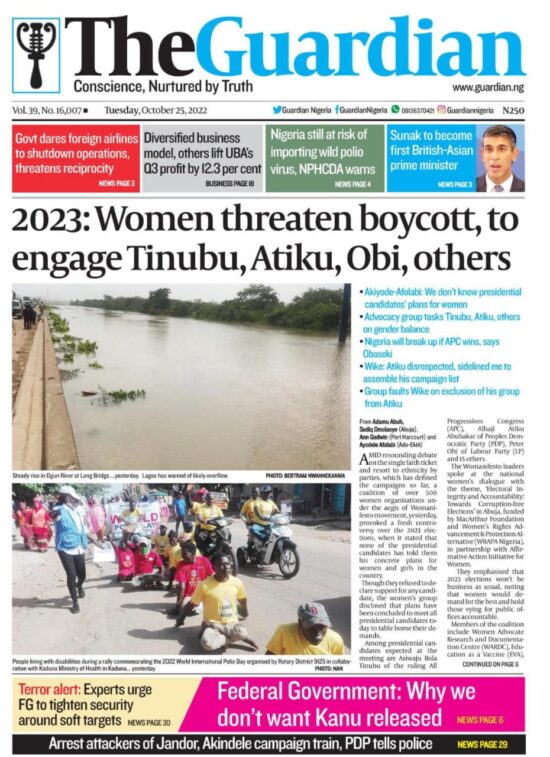 The Guardian reports that the National Primary Health Care Development Agency (NPHCDA) has warned that Nigeria is at risk of importing wild poliovirus following the resurgence of the disease in some countries around the world. The newspaper reports that the Peoples Democratic Party (PDP) appealed to the police to arrest the thugs who attacked the campaign train of Olajide Adeniran, its candidate for governor in Lagos. 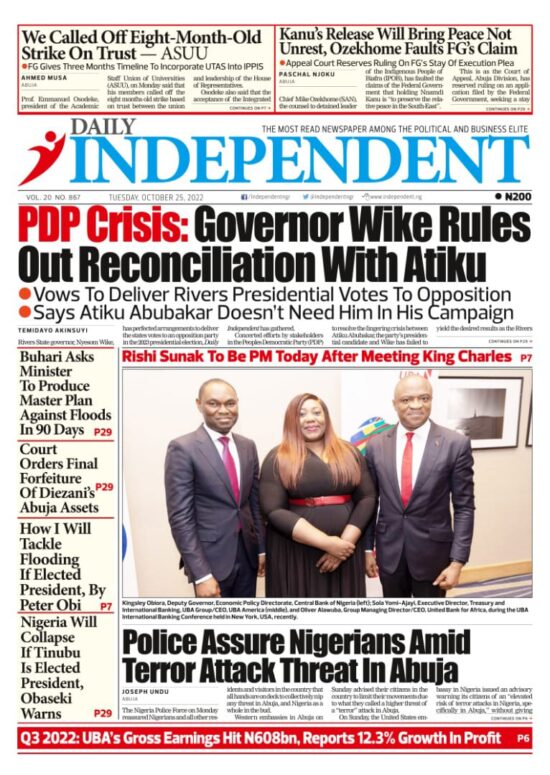