Reports on the protracted crisis of the People’s Democratic Party (PDP) have dominated the front pages of Nigerian newspapers.

Sunday Punch reports that more than 2,000 assets, including proceeds of corruption, confiscated from politically exposed persons and other individuals are currently rotting. The newspaper reports that Chris Ekpenyong, former deputy governor of Akwa Ibom state, said lawmakers could drop the impeachment threat against President Muhammadu Buhari. 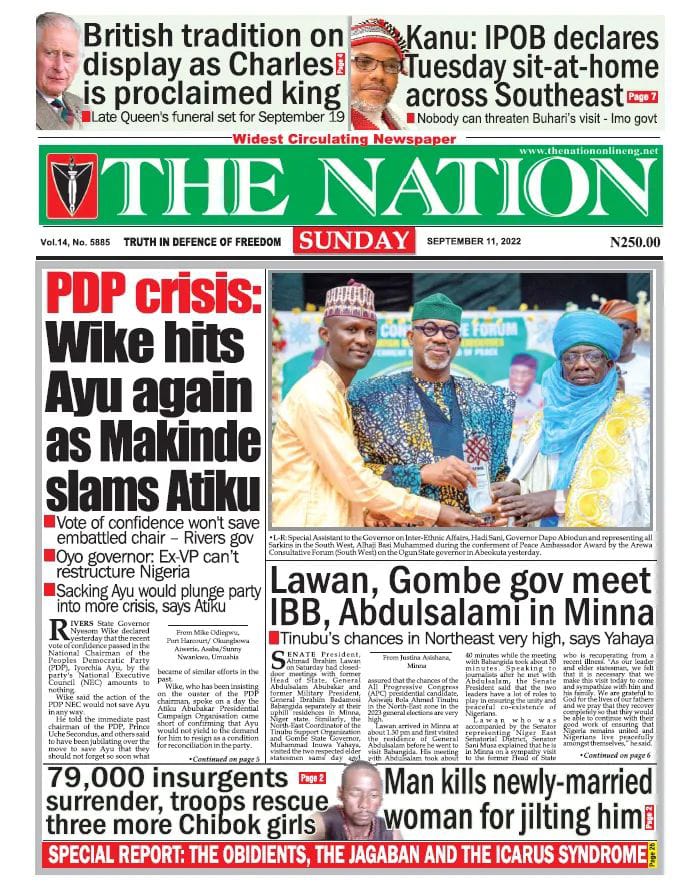 The Nation says that Nyesom Wike, governor of Wike, said the vote of confidence passed on Iyorchia Ayu, national president of the PDP, was worthless. The newspaper reports that the Indigenous People of Biafra (IPOB) has declared a sit-at-home order in the southeastern area of ​​the country. 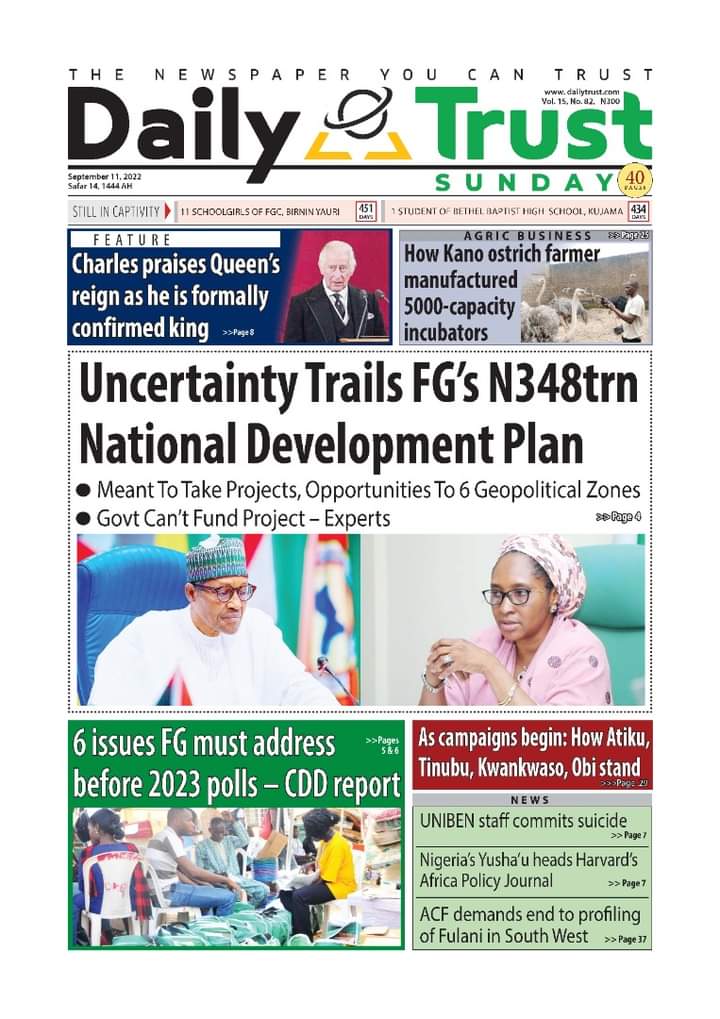 Daily Trust says uncertainty has dragged the federal government’s N348 trillion national development plan. The newspaper reports that the Arewa Consultative Forum (ACF) has demanded an immediate halt to the profiling of the Fulani people in the South West Zone of Nigeria. 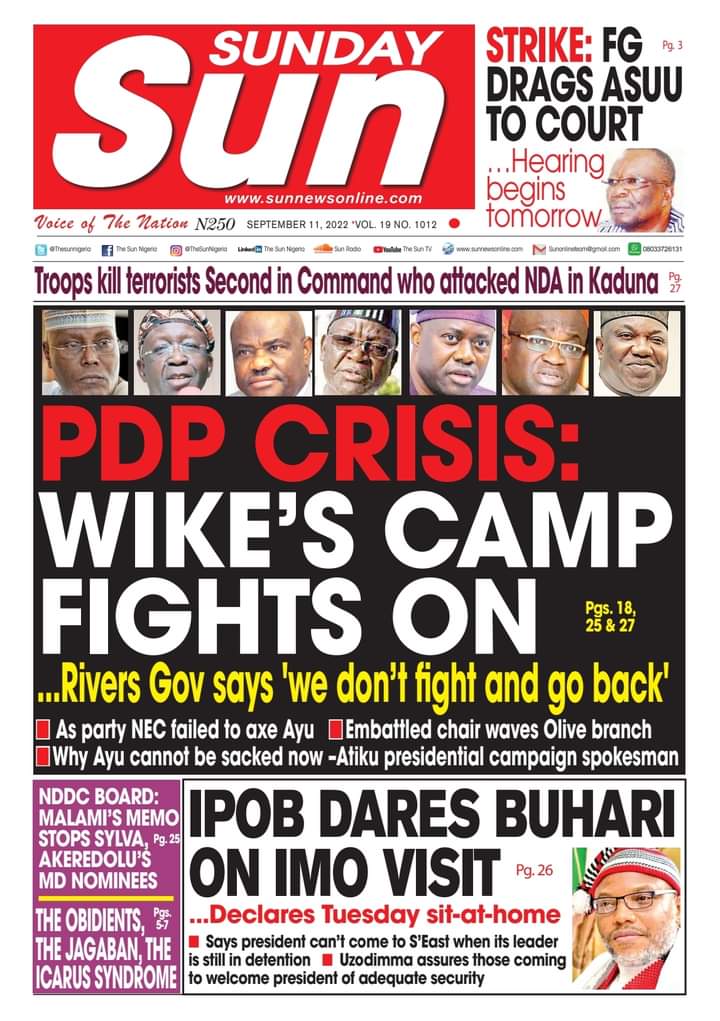 Sunday Sun says Wike’s camp in the PDP has refused to sheath its sword in the current crisis facing the party. The newspaper reports that Nigerian army troops killed the second in command of the terrorists who attacked the Nigerian Defense Academy. 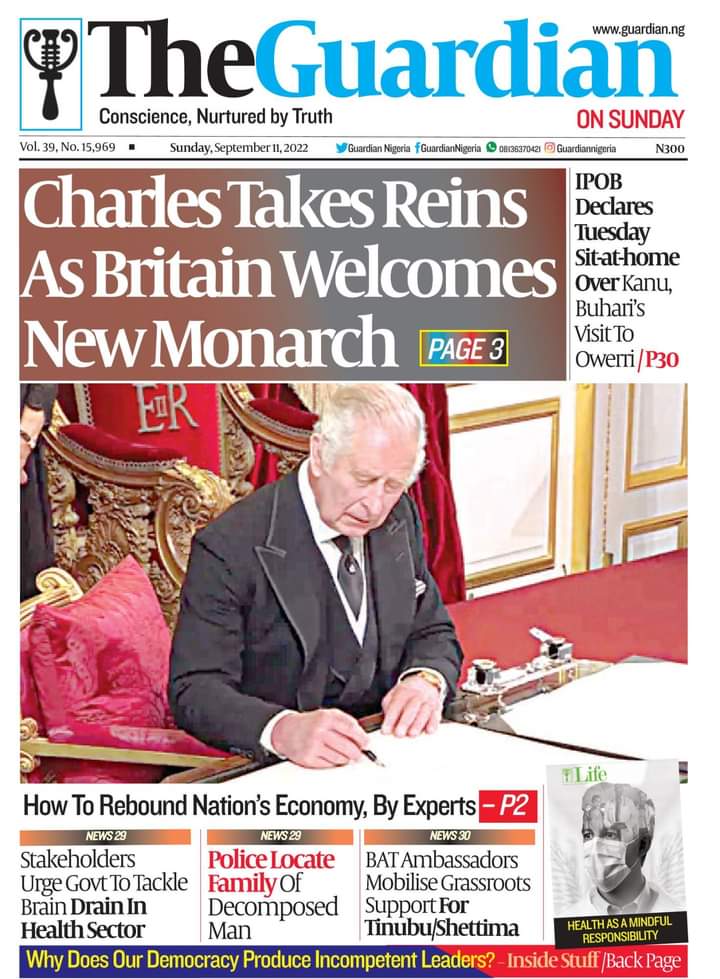 According to The Guardian, King Charles III has been proclaimed Britain’s new monarch. The newspaper reports that stakeholders have called on the government to tackle the brain drain in the health sector.