The release of the other 23 Kaduna train passengers abducted after six months in captivity has dominated the front pages of major Nigerian newspapers.

The Punch reports that 14 candidates in 12 states were missing from the list of gubernatorial candidates released by the Independent National Electoral Commission (INEC) following litigation and controversy following the parties’ primary election. The newspaper reports that the insurgents freed the last 23 hostages from the Kaduna train. 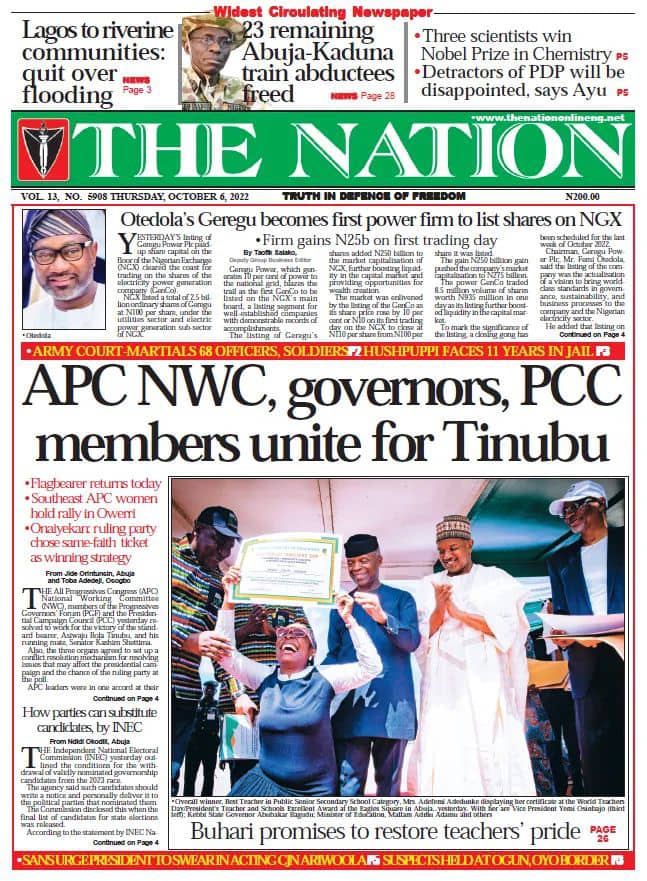 The Nation claims that the All Progressives Congress (APC) stakeholders have decided to work for the victory of Bola Tinubu, the party’s presidential candidate. The newspaper reports that the Lagos State government has alerted residents living on the banks of the Ogun River to protect themselves against flooding. 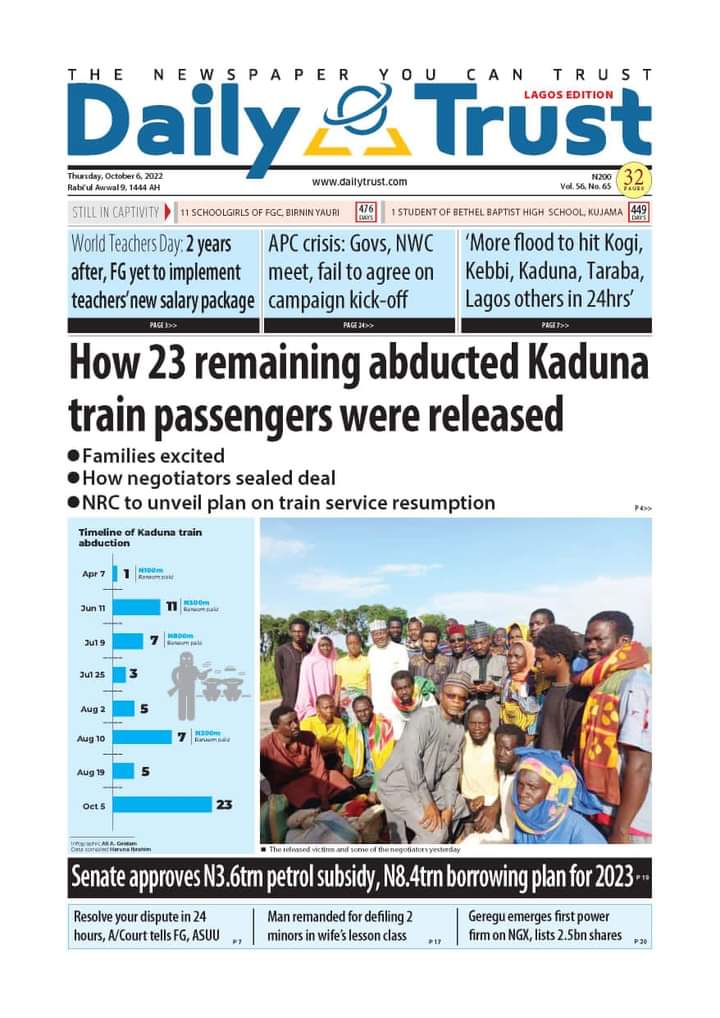 Daily Trust says President Muhammadu Buhari’s administration has yet to implement the proposed new teachers’ salary two years after it was announced in 2020 at an event marking World Teachers’ Day. The newspaper reports that the Senate has approved 3.6 trillion naira for the gasoline subsidy and an 8.4 trillion naira borrowing plan for the 2023 budget. 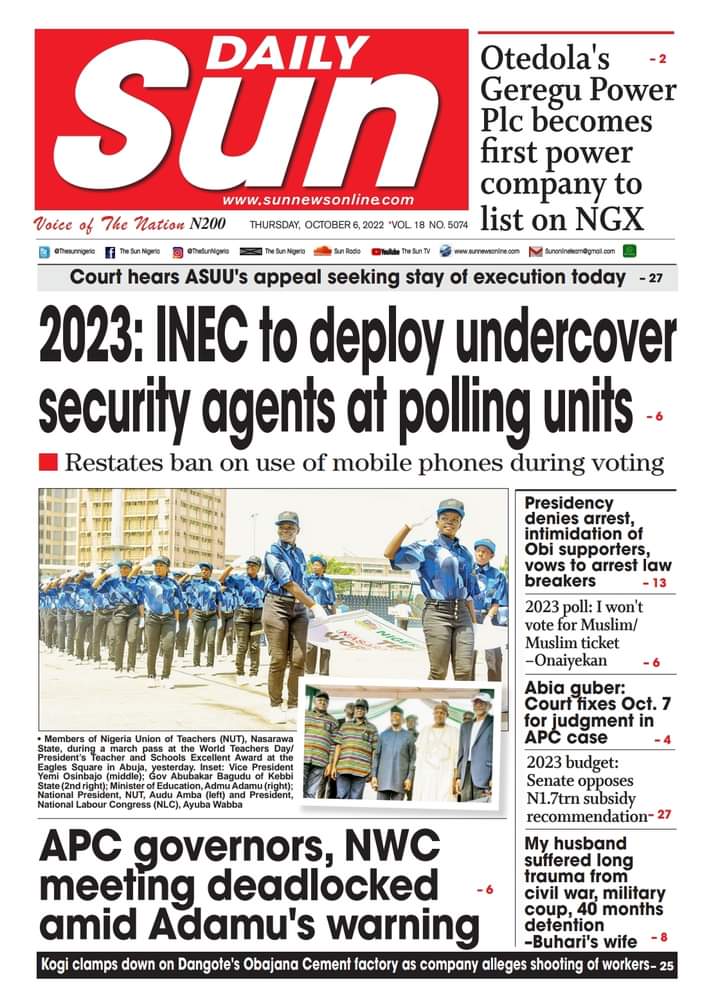 Daily Sun reports that INEC will deploy undercover security officers to polling stations in the 2023 elections. The newspaper reports that the meeting of APC governors and the party’s National Working Committee (NWC) on the composition of the campaign council ended in a stalemate. 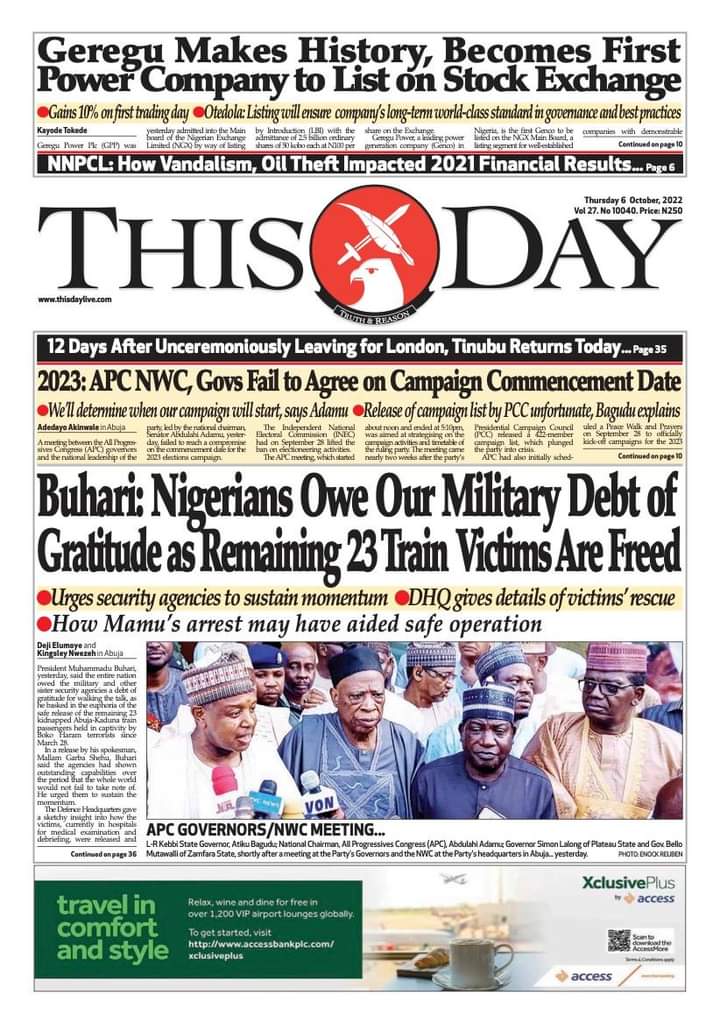 THISDAY reports that Buhari said Nigerians owed a debt of gratitude to the military for securing the release of the remaining 23 Kaduna train victims. The newspaper reports that the Nigerian National Petroleum Company Limited said oil theft and vandalism had a massive impact on its ability to earn higher profits, like other oil-producing countries.