THISDAY reports that the APC may reopen the sale of forms to allow more presidential hopefuls from the North to participate in the primaries. The newspaper claims that the Nigerian army has denied the involvement of soldiers in the kidnapping of Samuel Kanu, Prelate of the Methodist Church in Nigeria (MCN). 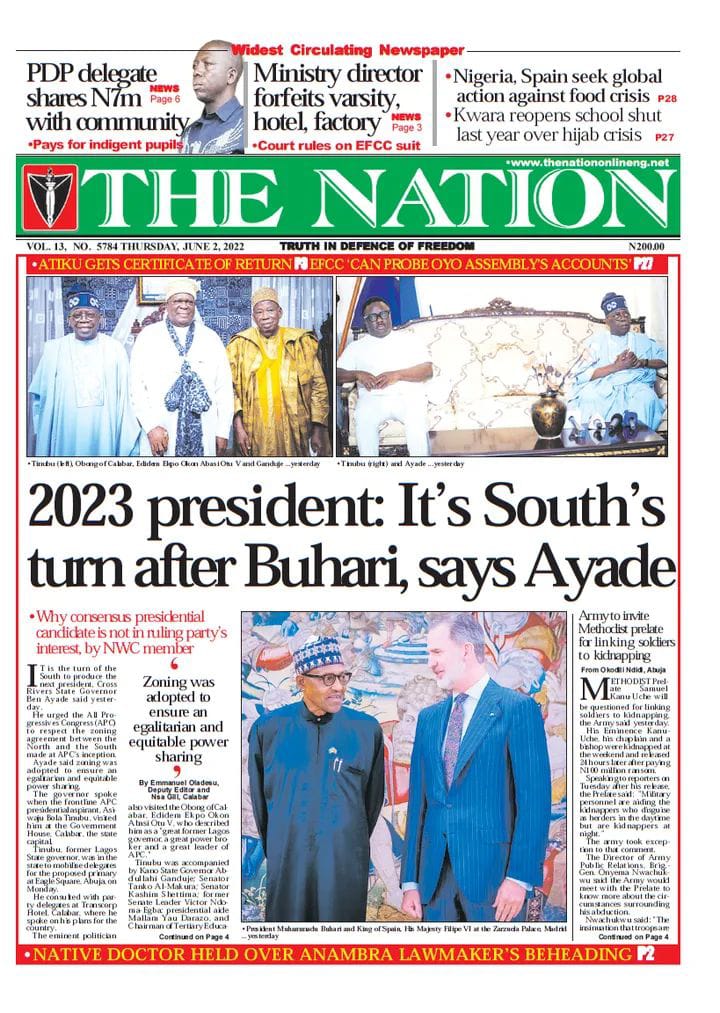 The Nation reports that Ben Ayade, governor of Cross River, has said it is the south of the country’s turn to produce the next president. The Nation claims that Tanko Rossi, a People’s Democratic Party (PDP) delegate in Kaduna, shared the money he received from party aspirants with members of his community in Sanga LGA. 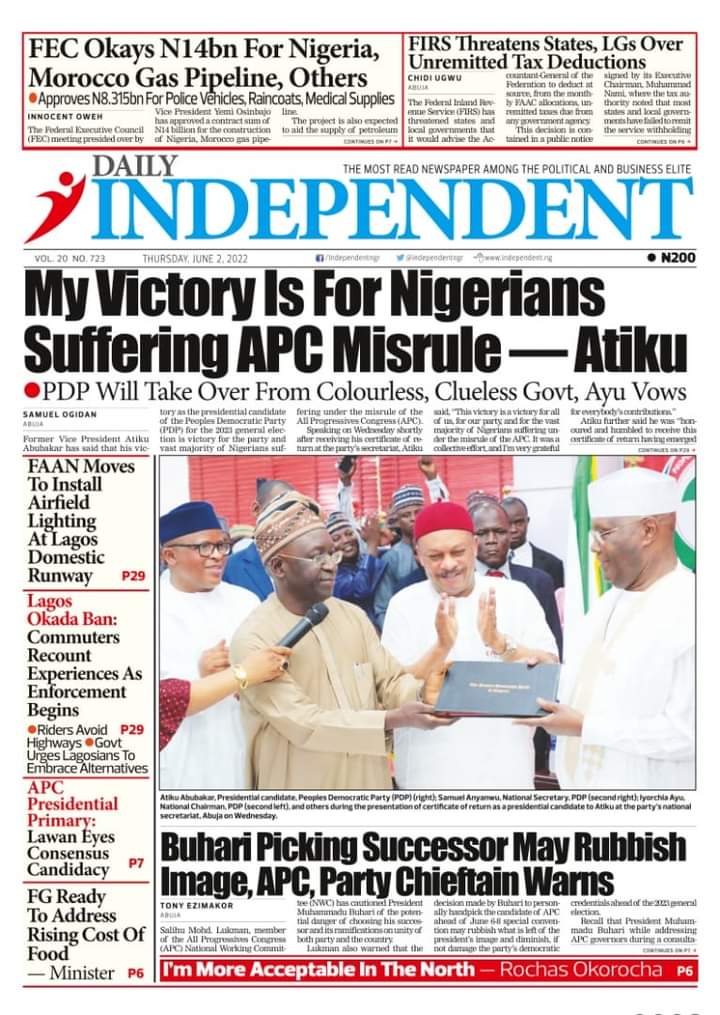 Daily Independent says the Federal Inland Revenue Service (FIRS) has threatened states and LGAs over unpaid tax deductions. The newspaper reports that Atiku Abubakar, former vice president, said his victory in the People’s Democratic Party (PDP) presidential primary election was for Nigerians who are suffering from the mismanagement of the current administration. 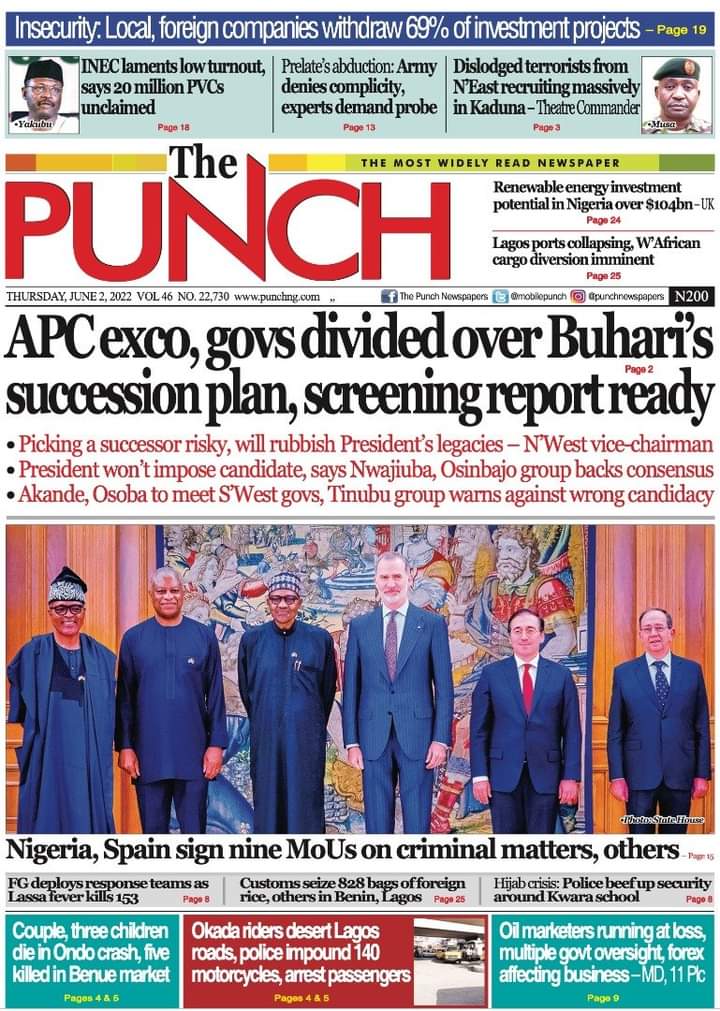 The Punch reports that APC governors and NWC members of the party are divided over Buhari’s succession plan. The newspaper indicates that the Independent National Electoral Commission (INEC) deplored the low rate of participation in the collection of permanent voter cards (PVC). 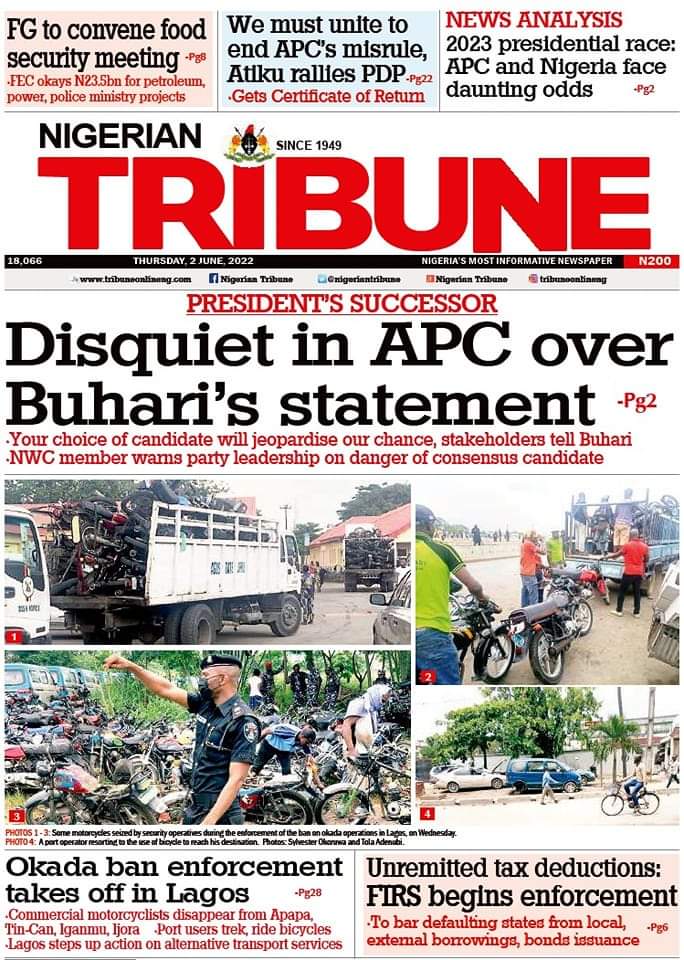 The cover photo of the Nigerian Tribune shows motorcycles seized in Lagos under the state government’s ban on okada. The newspaper says the federal government is set to convene a food security meeting to deal with rising food prices across the country.