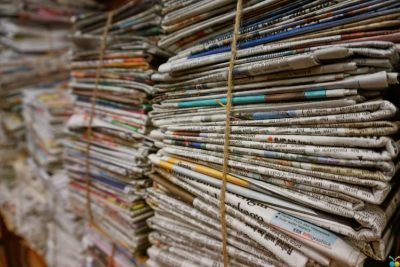 The fallout in the newspaper publishing market continues, with newspapers facing a decline in display and classified ads, a decline in subscriptions to their print editions, and a generational reader preference for consuming newspapers. news online, usually free.

The latest victims of newspaper printing are the the News & Observer in Raleigh, North Carolina, and the Herald-Sun in nearby Durham, North Carolina. These McClatchy-owned newspapers are being outsourced, beginning in April, to another printing plant in Fayetteville, North Carolina, resulting in layoffs for the 48 full-time and 33 part-time print production employees there. are employed.

The online request for information reduced the circulations of the two newspapers, Robyn Tomlin, president and editor, told employees in an email, wrote journalist Josh Shaffer in the 2nd February edition of The News and the Observer.

“We know that as more readers find their news online, demand for print declines,” Tomlin said. “After careful analysis and deliberation, we have concluded that moving our production and insertion operations at Garner to nearby trusted external vendors is the best choice for the future of The News and the Observer and The Herald-Sun.”

On the same day as the announcement of the outsourcing of newspapers in North Carolina, The Philadelphia Investigator revealed he had found a buyer for his sprawling 674,000 square foot lot. The Schuylkill River Printing Plant located on 45 acres of land in Upper Merion Township, Pennsylvania. It was acquired for $37 million by developer Bryan O’Neill, founder of addiction chain Recovery Centers of America.

As I pointed out earlier, The Philadelphia Investigator and Philadelphia Daily Newsnow owned by the nonprofit Lenfest Institute, will be contracted out to a unionized Gannett printing plant in Cherry Hill, NJ About 500 of the 550 employees who work at the unionized Schuylkill River printing plant will be laid off, representing nearly half of The inspectorof the total workforce.

The layoffs will take effect when the newspaper’s presses close and work at the nearly 30-year-old facility moves to the Cherry Hill location by the end of March.

The Schuylkill Printing Plant cost around $300 million when it was built to great fanfare in 1992 after printing since 1925 on North Broad Street in Philadelphia, including $160 million for the purchase and installation of presses Offset Goss Colorliner. Within 462,000 square feet. of manufacturing space, only two of the nine press lines were currently being used to print the two newspapers.