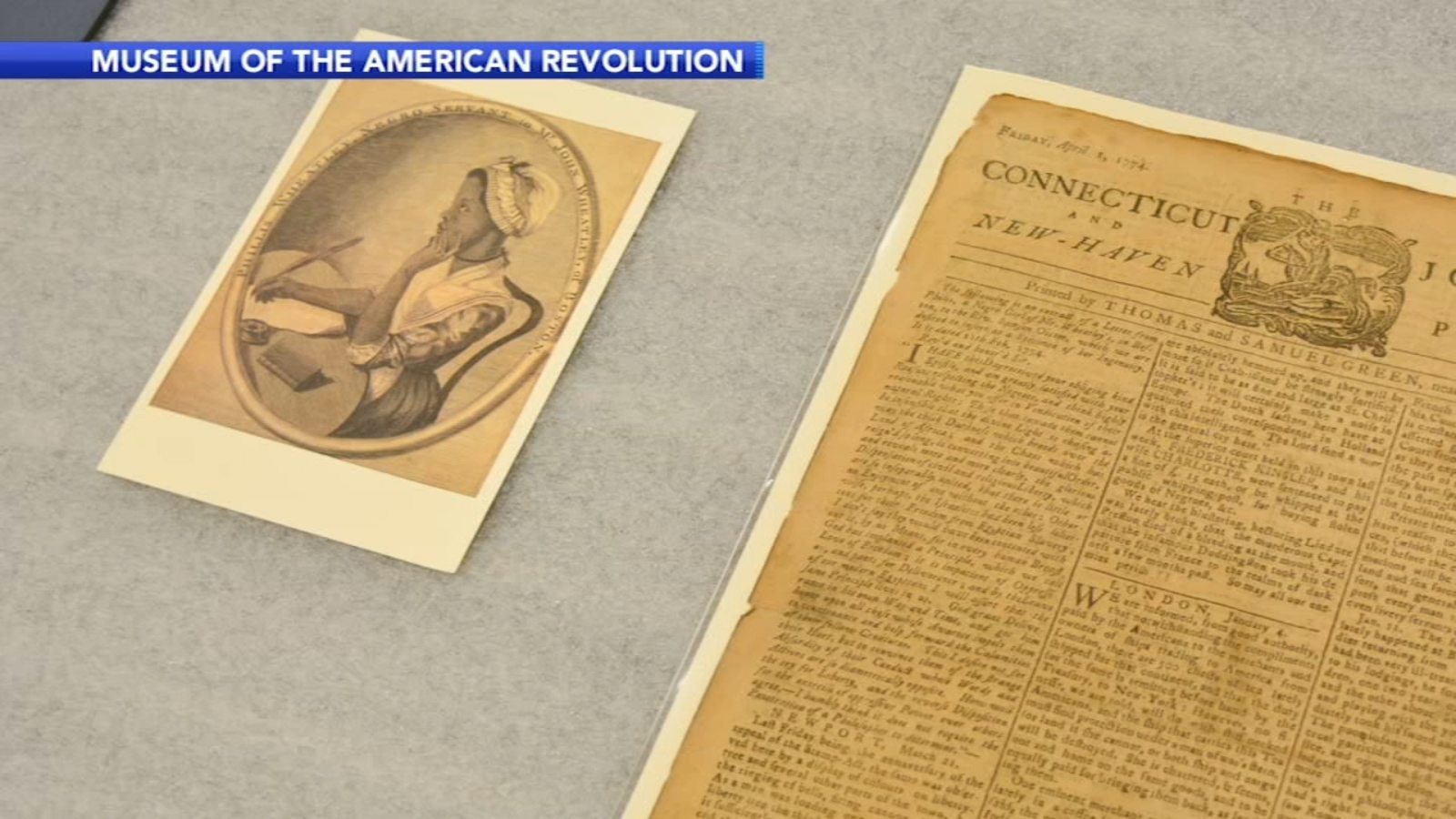 By: Glenn M. Hahn
In: Newspaper printing
PHILADELPHIA (WPVI) — An original newspaper print of a letter written by American poet Phillis Wheatley is now on display at the Museum of the American Revolution.

Published in 1774 on the front page of the Connecticut Journal, Wheatley wrote the letter to his friend, minister, and Mohegan Native American, Samson Occom.

“Her words as a woman gaining her freedom right now are extremely important in forcing people to understand what this contraction is and what it means,” she said.

Whaley says that so often the experience of this time was seen as a binary or one-dimensional thirst for freedom for all.

But she adds that Wheatley forced people to tackle deeper, more complex issues at the time.

“She uses her voice to advocate for positive change in this revolutionary moment. And for people to go away, seeing that and the complexity of the revolutionary era, we think is extremely important,” Whaley said.

The museum acquired the original printing of the newspaper from a private collector. It’s on view until at least July 4.