The public feud between Nyesom Wike, governor of Rivers, and Iyorchia Ayu, national chairman of the People’s Democratic Party (PDP), has dominated the front page of Nigerian newspapers.

The Nation reports that the crisis within the PDP has deepened due to growing calls for the removal of Iyorchia Ayu, the party’s national chairman. According to the newspaper, Hameed Ali, the Comptroller General of the Nigeria Customs Service, revealed that more than 38 million liters of oil are smuggled out every day. 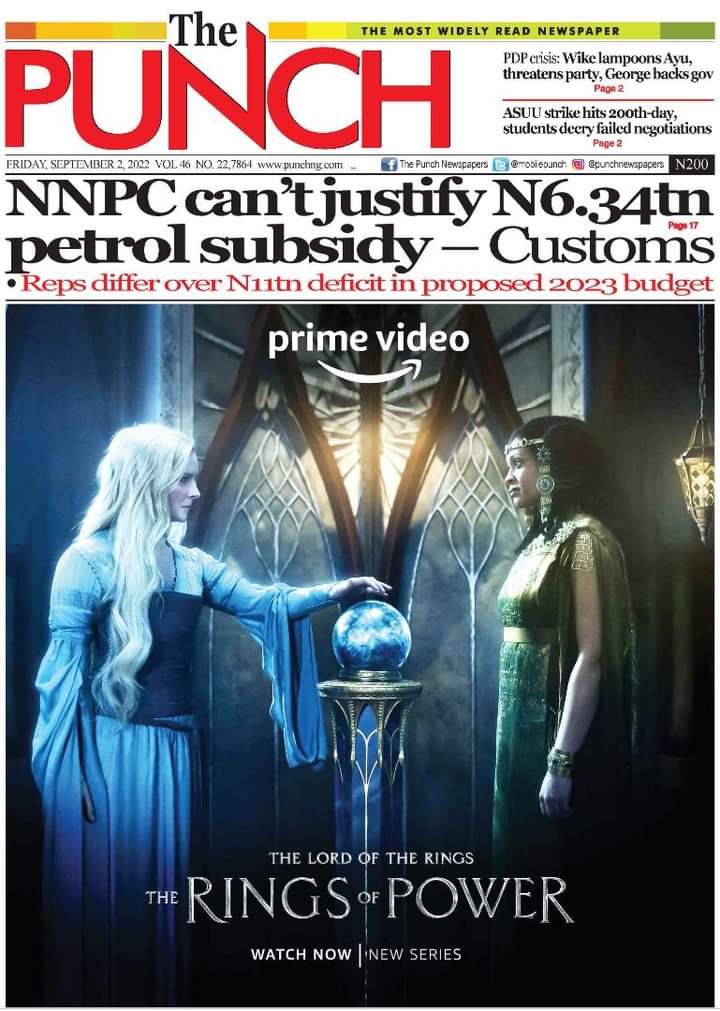 The Punch reports that the Comptroller General of Customs has said that the Nigerian National Petroleum Company Limited cannot justify the volume of oil consumed daily in the country to justify paying subsidies of more than 6.34 trillion naira a year. The newspaper reports that the ongoing strike by the Academic Staff Union of Universities (ASUU) has entered its 200th day. 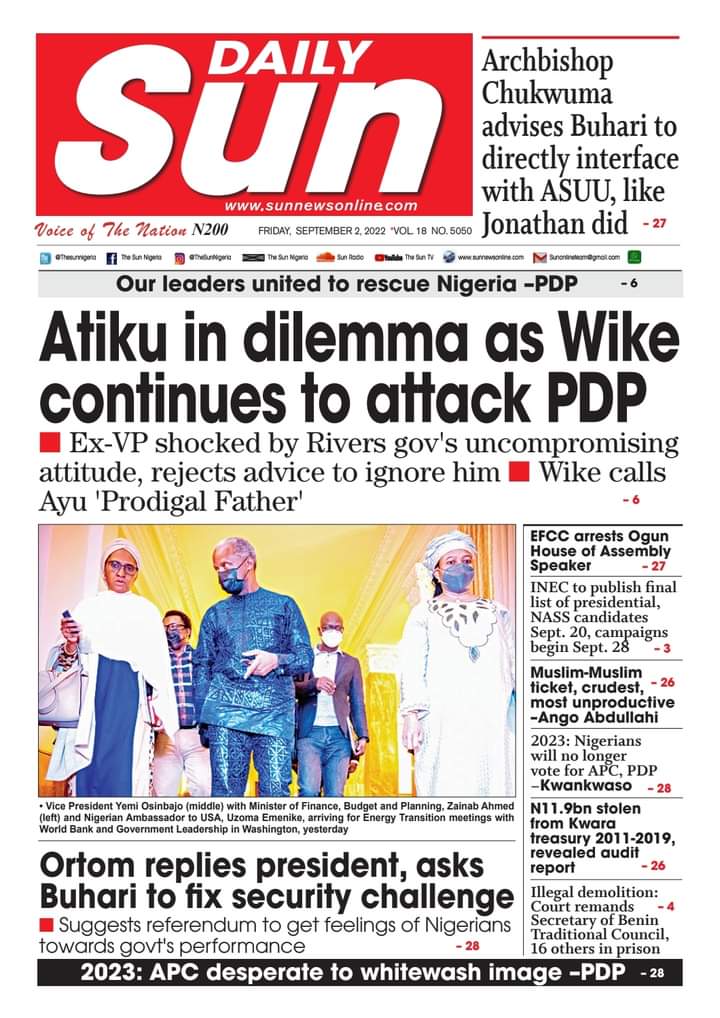 Daily Sun reports that PDP presidential candidate Atiku Abubakar is in a dilemma over the recent public spat between Ayu and Wike. The newspaper reports that Samuel Ortom, governor of Benue, asked President Muhammadu Buhari to solve the country’s security problems instead of attacking it. 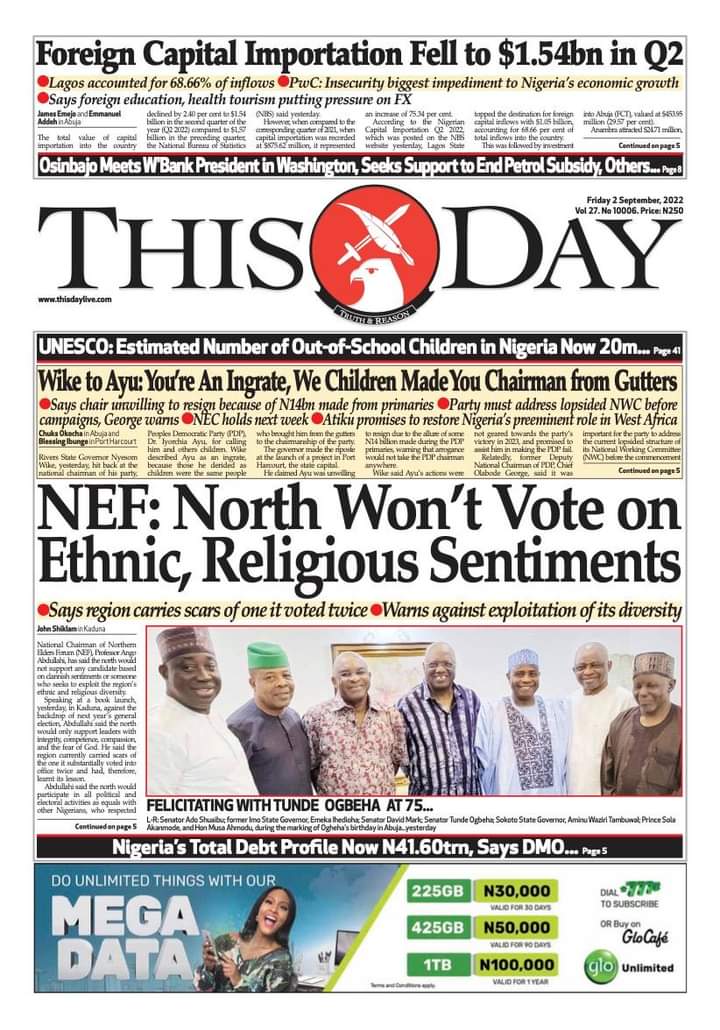 THISDAY reports that the Northern Elders Forum (NEF) has said Northerners will not vote based on ethnic and religious sentiments. The newspaper reports that the Debt Management Office (DMO) has revealed that Nigeria’s total debt profile is now N41.6 trillion. 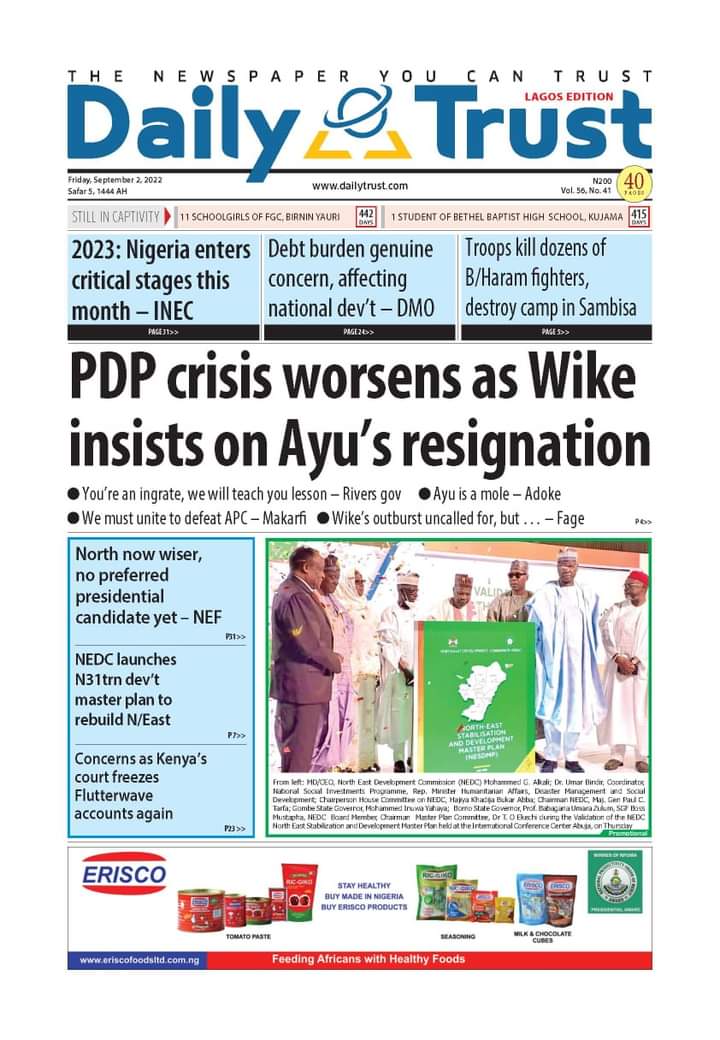 Daily Trust reports that the Independent National Electoral Commission (INEC) has said the nation has entered a critical phase ahead of the 2023 general elections. The newspaper says troops have killed dozens of Boko Haram fighters and destroyed their camp in Sambisa.