The rise in the country’s inflation rate to 19.6% dominated the front pages of Nigerian newspapers.

The Punch reports that stakeholders have warned the federal government that rising inflation will worsen hunger and trigger mass protests. The newspaper reports that Afenifere asked President Muhammadu Buhari to stop terrorists and other criminals from killing innocent Nigerians. 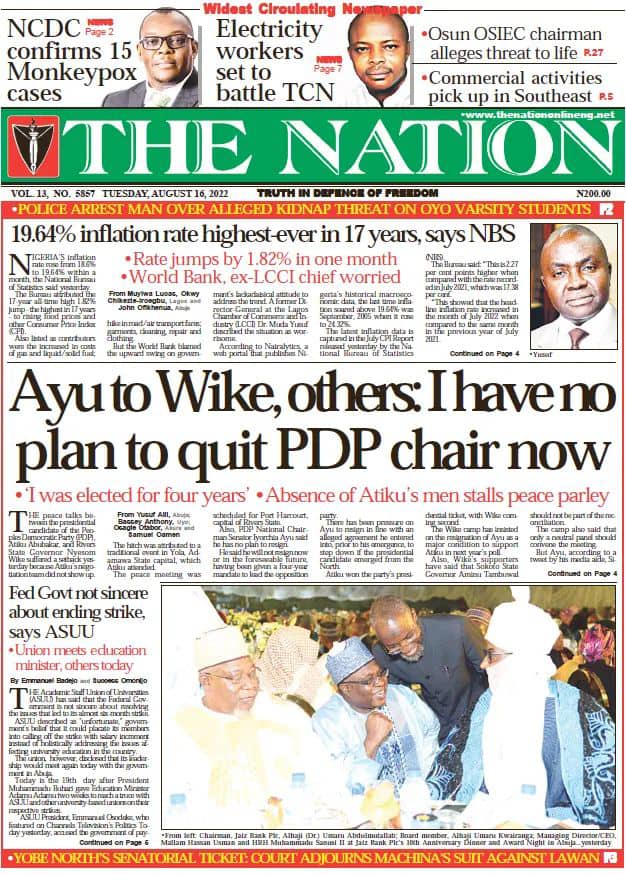 According to The Nation, Iyorchia Ayu, national chairman of the Peoples’ Democratic Party (PDP), said he had no intention of leaving his post. The newspaper reports that the University Academic Staff Union has said the federal government is not sincere about ending the ongoing strike. 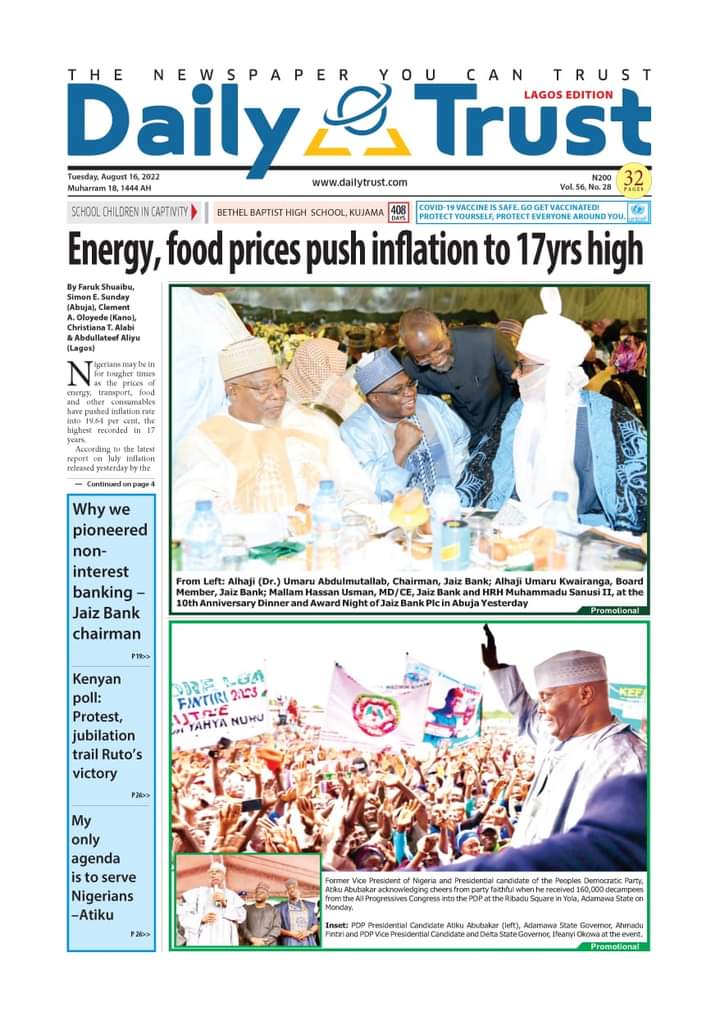 Energy and food prices have pushed the country’s inflation to 19.64%, the highest rate in 17 years, according to the Daily Trust. The newspaper reports that jubilation and protest followed William Ruto’s victory in Kenya’s presidential election. 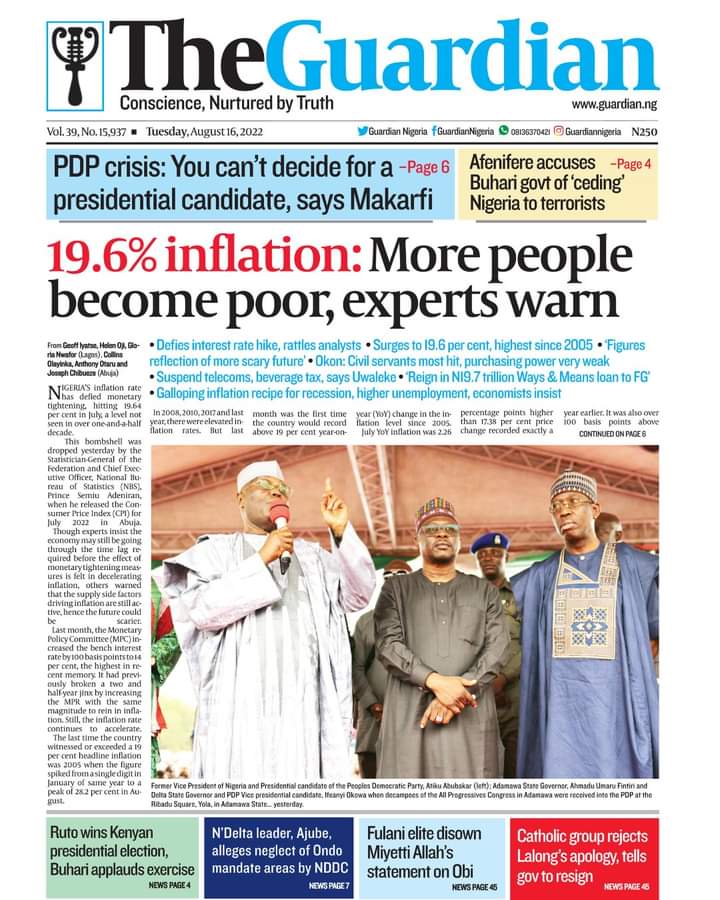 The Guardian says a Catholic church group has rejected an apology by Plateau state governor Simon Lalong over the pope’s reference in the Muslim-Muslim presidential debate. The newspaper reports that a Coalition of Fulani Professionals of Africa has distanced itself from the comment made by the group Miyetti Allah Kautal Hore against the candidacy of Peter Obi, presidential candidate of the Labor Party (LP). 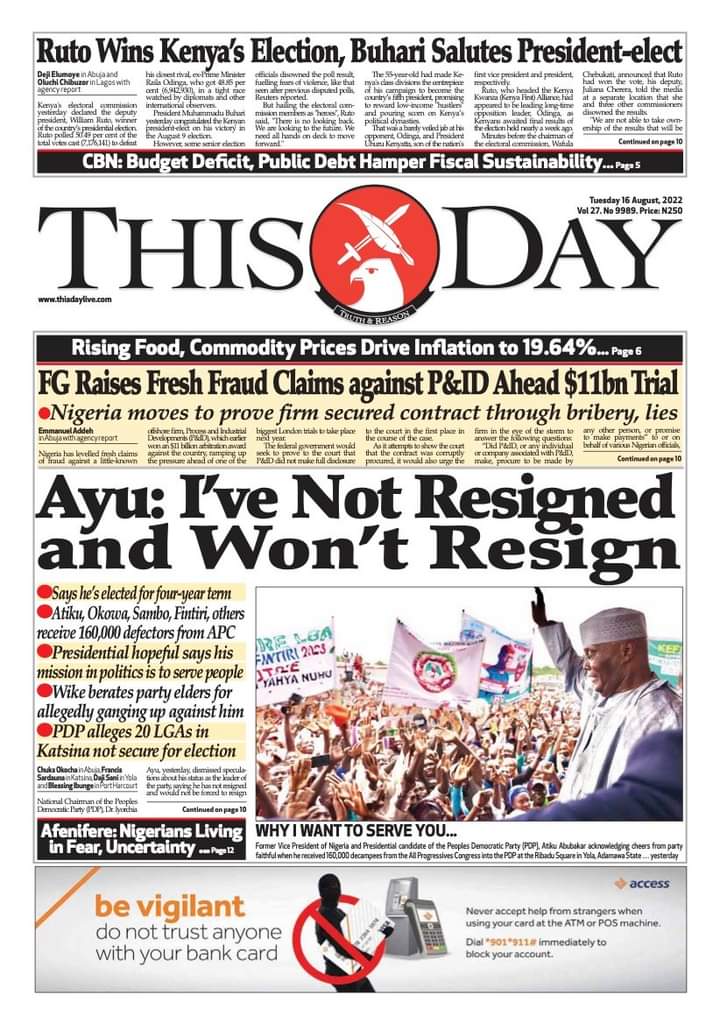 THISDAY reports that the Central Bank of Nigeria (CBN) has said that the fiscal deficit and public debt have affected the country’s fiscal sustainability. The federal government has filed new fraud allegations against Process and Industrial Developments (P&ID) ahead of next year’s trial, according to the newspaper.