Highlights of President Muhammadu Buhari’s meeting with presidential candidates from the All Progressives Congress (APC) dominated the front pages of Nigerian newspapers.

The Punch reports that Buhari’s meeting with APC presidential candidates failed to produce a consensus candidate. Tunde Bakare, serving overseer of the Citadel Global Community Church, said Nigerians could not afford to elect politicians who would loot the treasury, according to the newspaper. 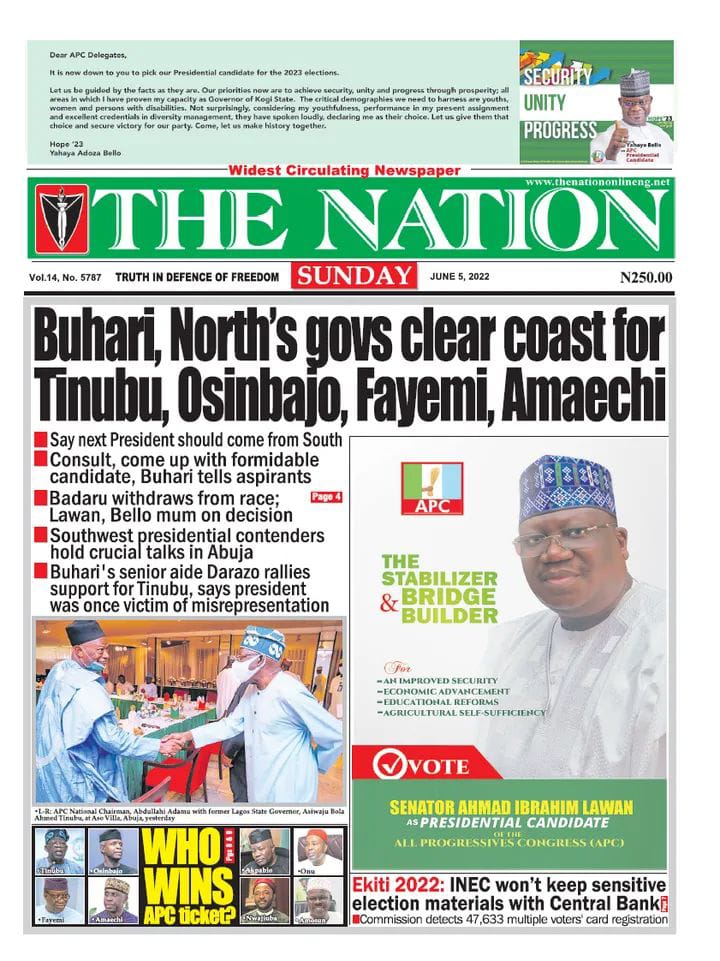 The Nation claims that Buhari and the northern governors have cleared the coast for the emergence of a southern presidential candidate within the APC. The newspaper reports that the Independent National Electoral Commission (INEC) has said that it will no longer keep sensitive election materials with the Central Bank of Nigeria (CBN). 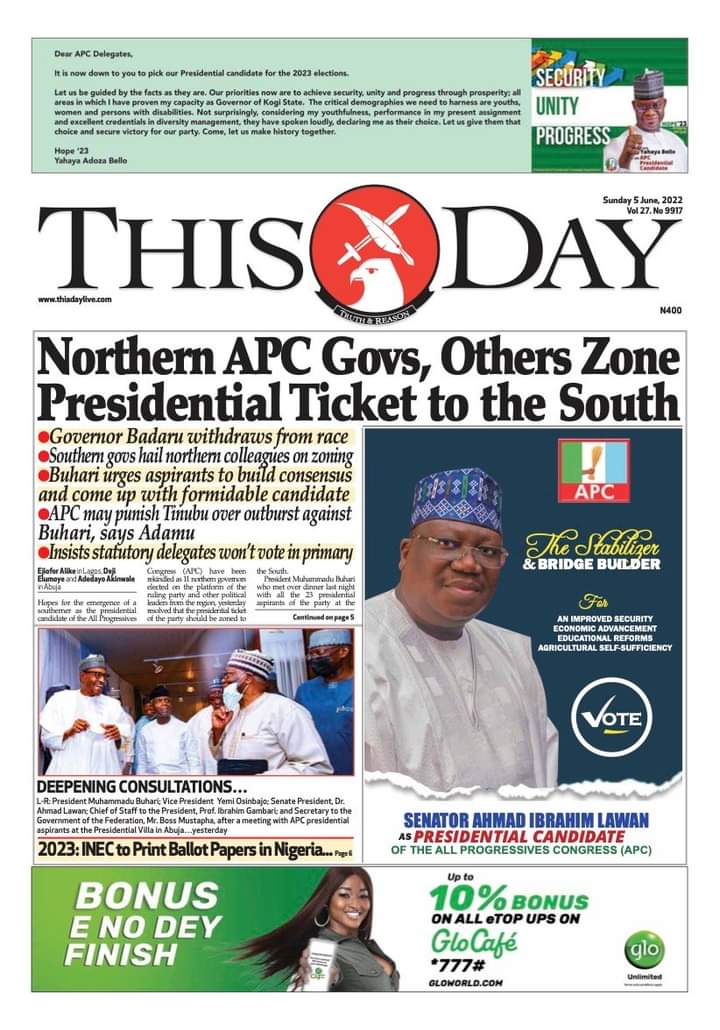 THISDAY reports that the APC has insisted that statutory delegates not vote in its upcoming presidential primary. The newspaper says INEC will print the ballot papers for the 2023 elections in Nigeria. 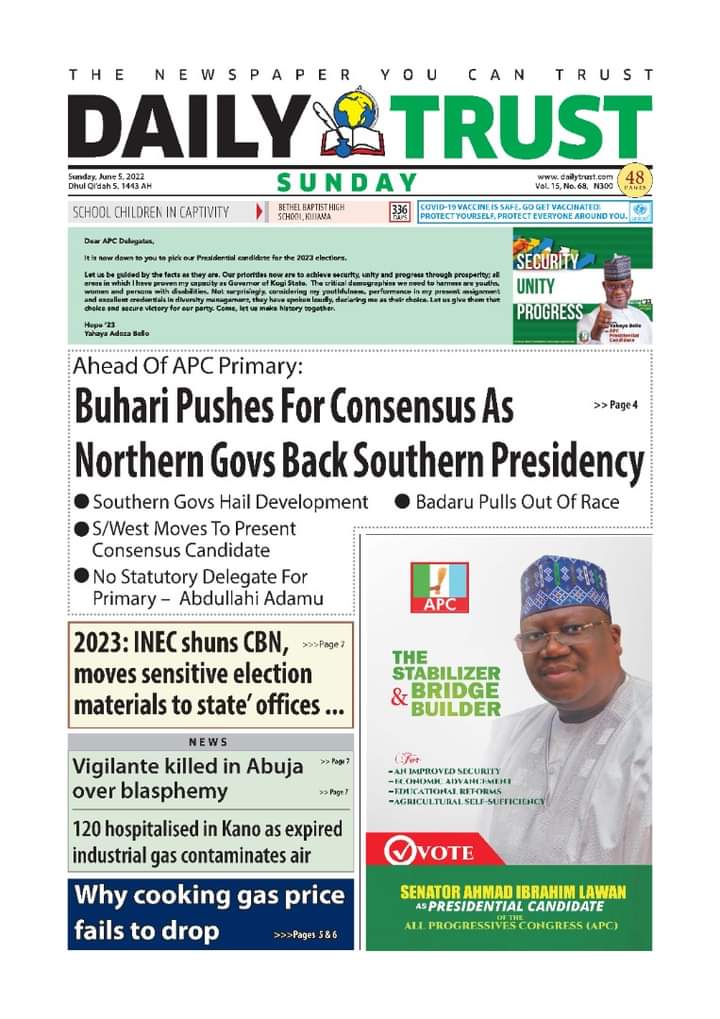 Daily Trust says a member of a vigilante group was killed in Abuja by a mob for alleged blasphemy. The newspaper reports that at least 120 people have been hospitalized after suspected toxic chemicals from an expired industrial gas cylinder contaminated the air. 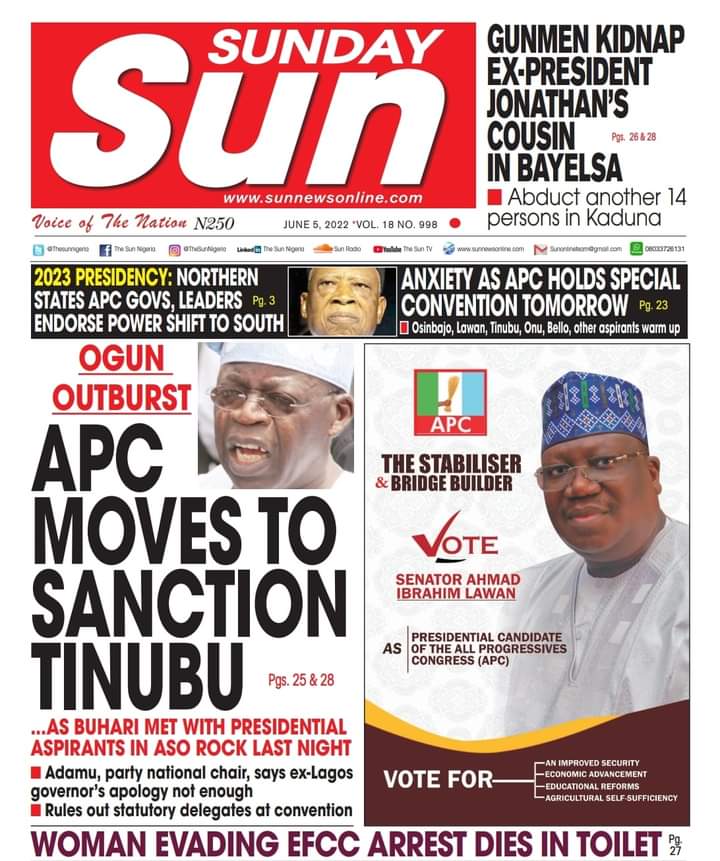 Sunday Sun reports that the national leadership of the APC may discipline Bola Tinubu, former governor of Lagos and presidential candidate, for comments he made about his role in Buhari’s emergence as president in 2015. The newspaper claims that armed men kidnapped Mike Ogiasa, cousin of the former president. Goodluck Jonathan, in Bayelsa.