Comments by President Muhammadu Buhari on the state of the nation, the challenges of his administration and the failed candidacy of Godwin Emefiele dominated the front pages of Nigerian newspapers.

The Nation reports that Buhari explained why his administration did not proceed with the gasoline subsidy removal plan. The newspaper says the gasoline shortage has worsened the plight of motorists and commuters in many cities across the country. 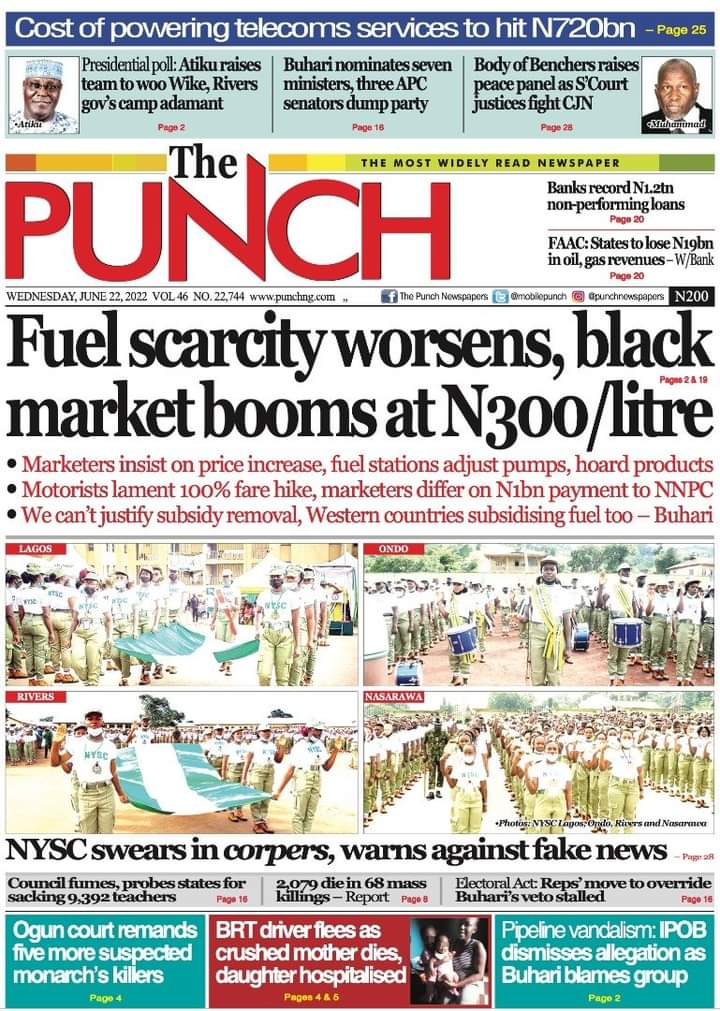 The Punch reports that the gasoline black market is currently booming due to the scarcity of the product in many parts of the country. The newspaper reports that Atiku Abubakar, presidential candidate of the People’s Democratic Party (PDP), has set up a committee to pacify and woo Nyesom Wike, Governor of Rivers, and a few other aggrieved party members. 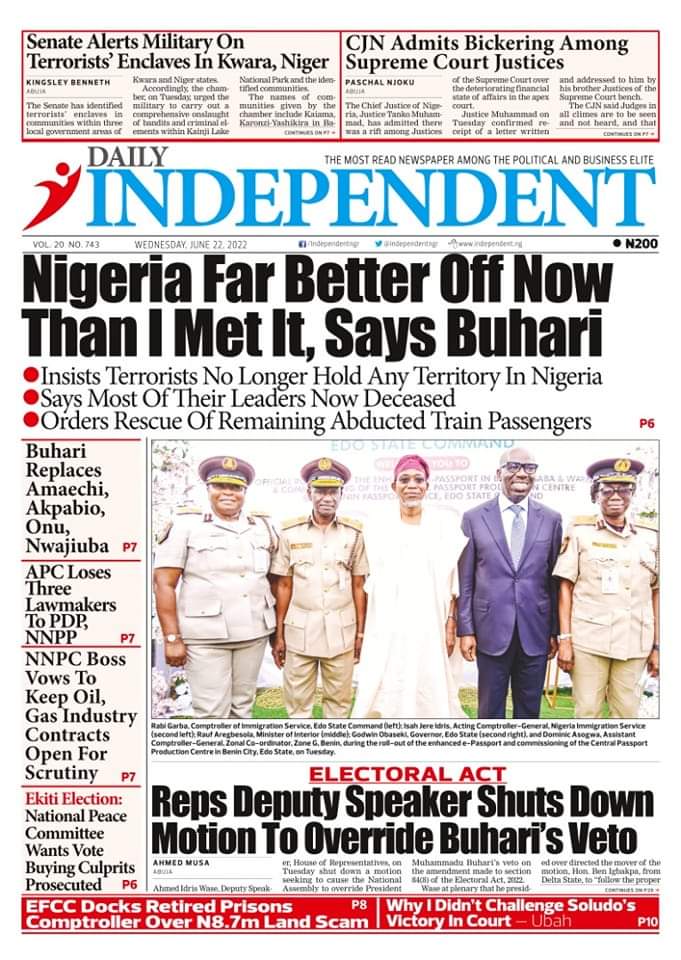 Daily Independent reports that Buhari said he would leave Nigeria much better now than how he met him. The newspaper indicates that three senators from the All Progressives Congress (APC) left the party for opposition parties. 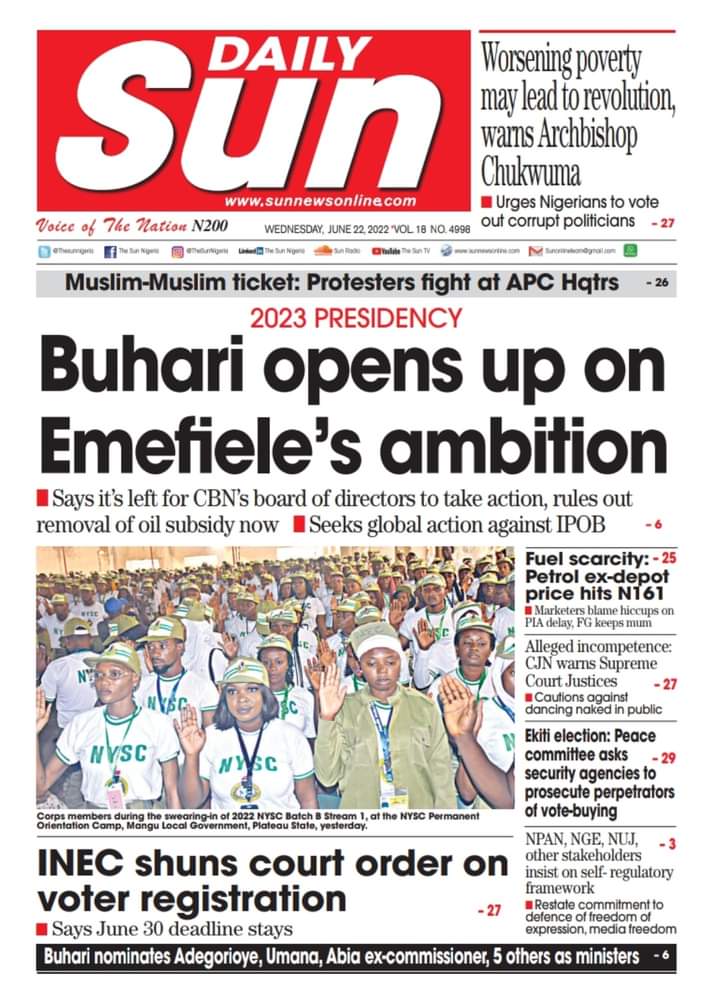 Daily Sun reports that the National Peace Committee (NPC) has instructed security officers to prosecute vote-buyers in the Ekiti Governor election. The newspaper says protesters at APC headquarters demanded the party reject the idea of ​​a Muslim-Muslim presidential ticket. 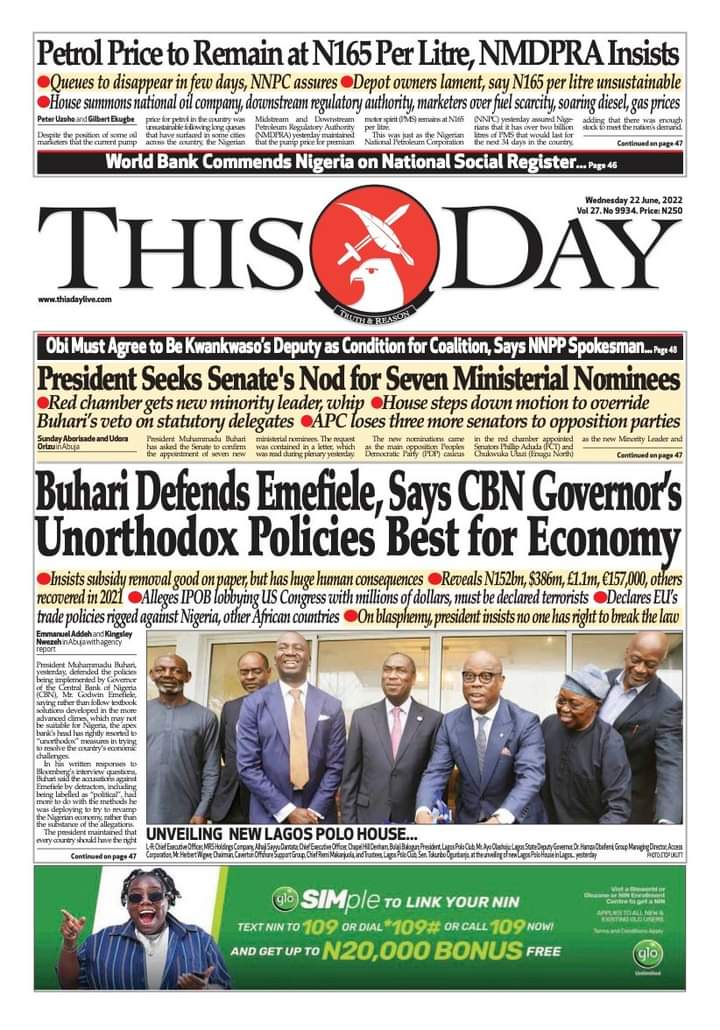 THISDAY reports that Buhari defended the “unorthodox” policies of Godwin Emefiele, Governor of the Central Bank of Nigeria (CBN). The newspaper says the Nigerian Midstream and Downstream Petroleum Regulatory Authority (NMDPRA) has insisted that the price of petrol is 165 naira per litre.

2022-06-22
Previous Post: Ask us: why do newspaper articles capitalize black people but not white people? – Salisbury Post
Next Post: Newspaper Headlines: CPA Majority in Senate Under Threat as 20 Senators Plan to Defect