The death of two Nigerian Air Force (NAF) officers in a plane crash in Kaduna State has made headlines in Nigerian newspapers.

The Punch reports that the presidency and the office of the secretary to the government of the federation are at odds over the refusal of ministers to resign under section 84(12) of the 2022 electoral law. The newspaper indicates Ayo Adebanjo, leader of ‘Afenifere, called on former Lagos Governor Bola Tinubu and Vice President Yemi Osinbajo to give up their presidential ambitions. 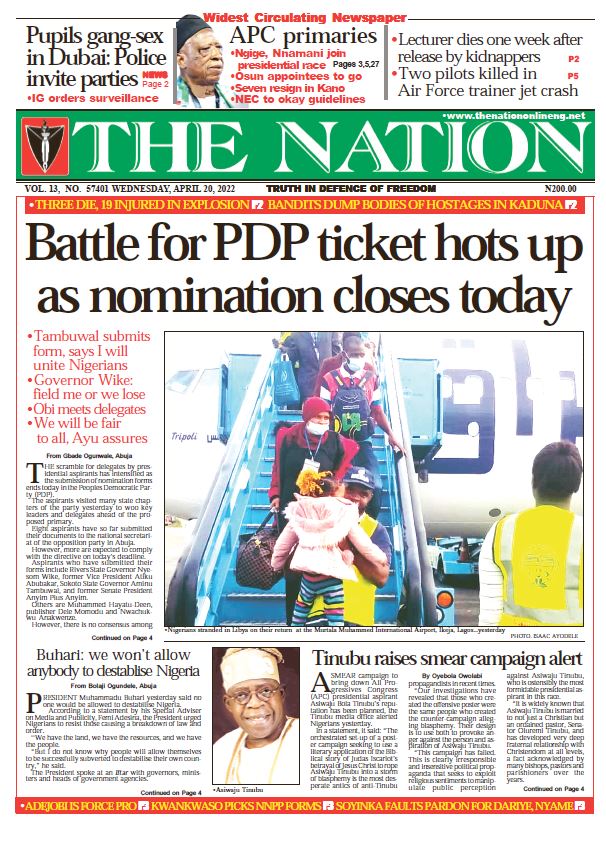 The Nation says the battle for the Peoples Democratic Party (PDP) presidential ticket has intensified as the submission of the nomination form closes today. The newspaper reports that President Muhammadu Buhari has said no one will be allowed to destabilize Nigeria. 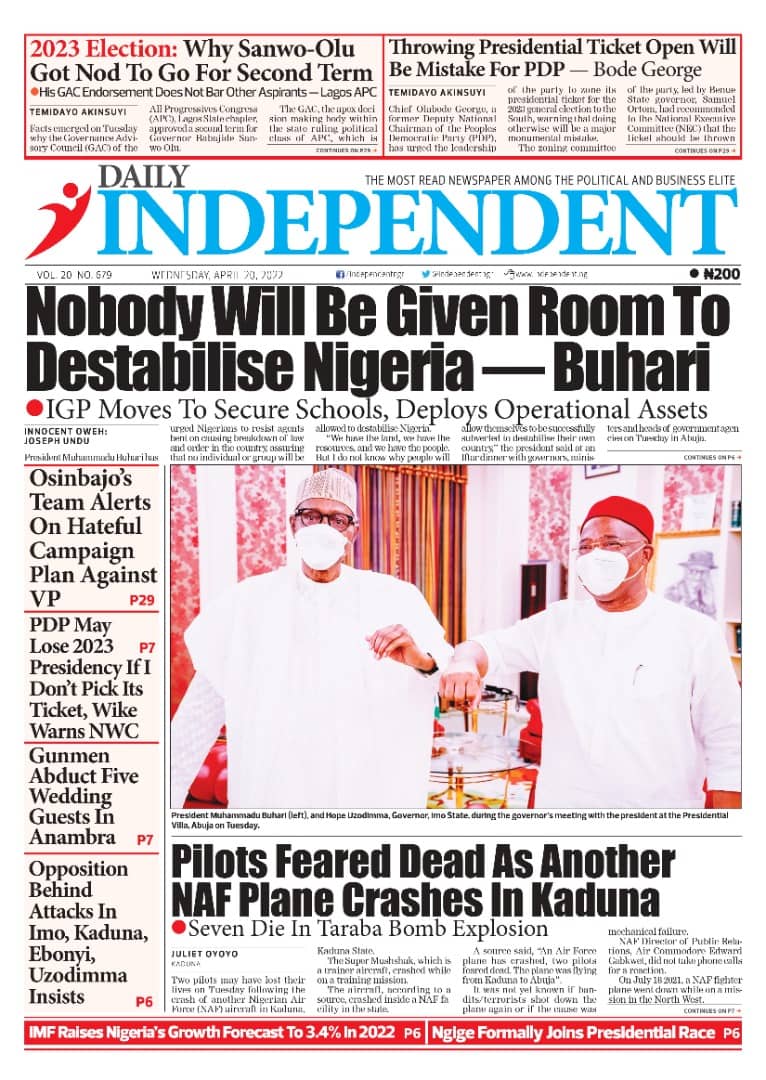 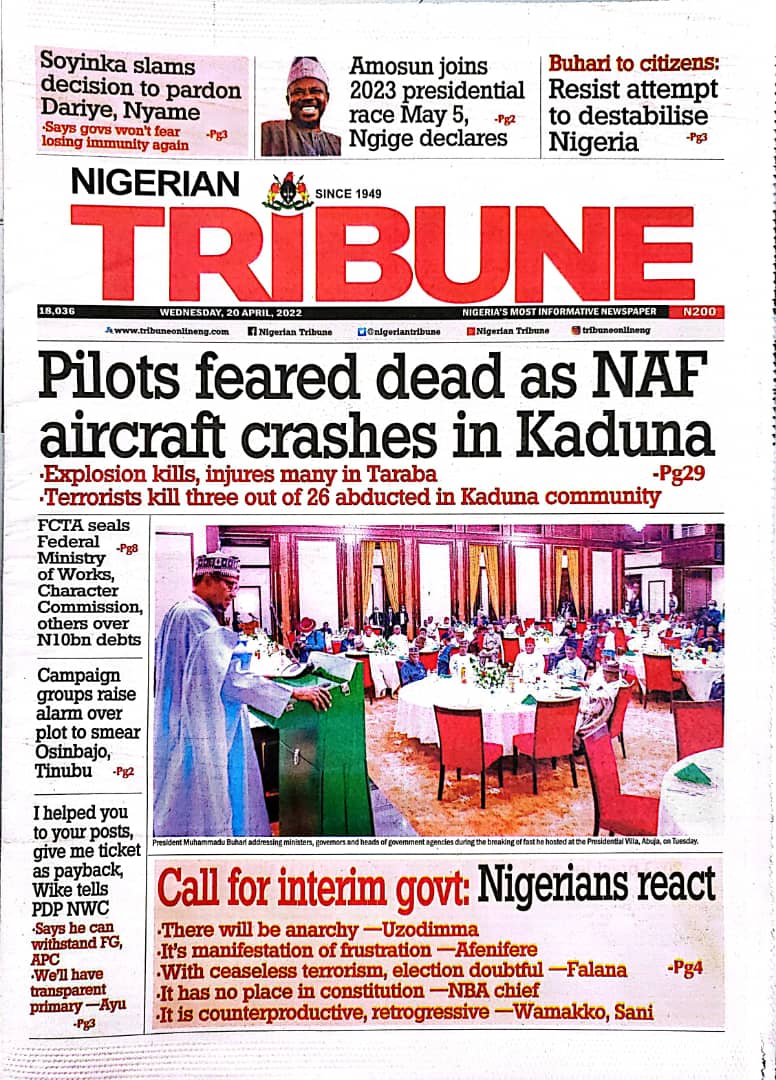 The Nigerian Tribune claims that prominent Nigerians and groups have criticized the proposal of the interim government of Afe Babalola, founder of Afe Babalola University. The newspaper reports that campaign offices in Osinbajo and Tinubu have sounded the alarm over a libel plot ahead of the 2023 elections. 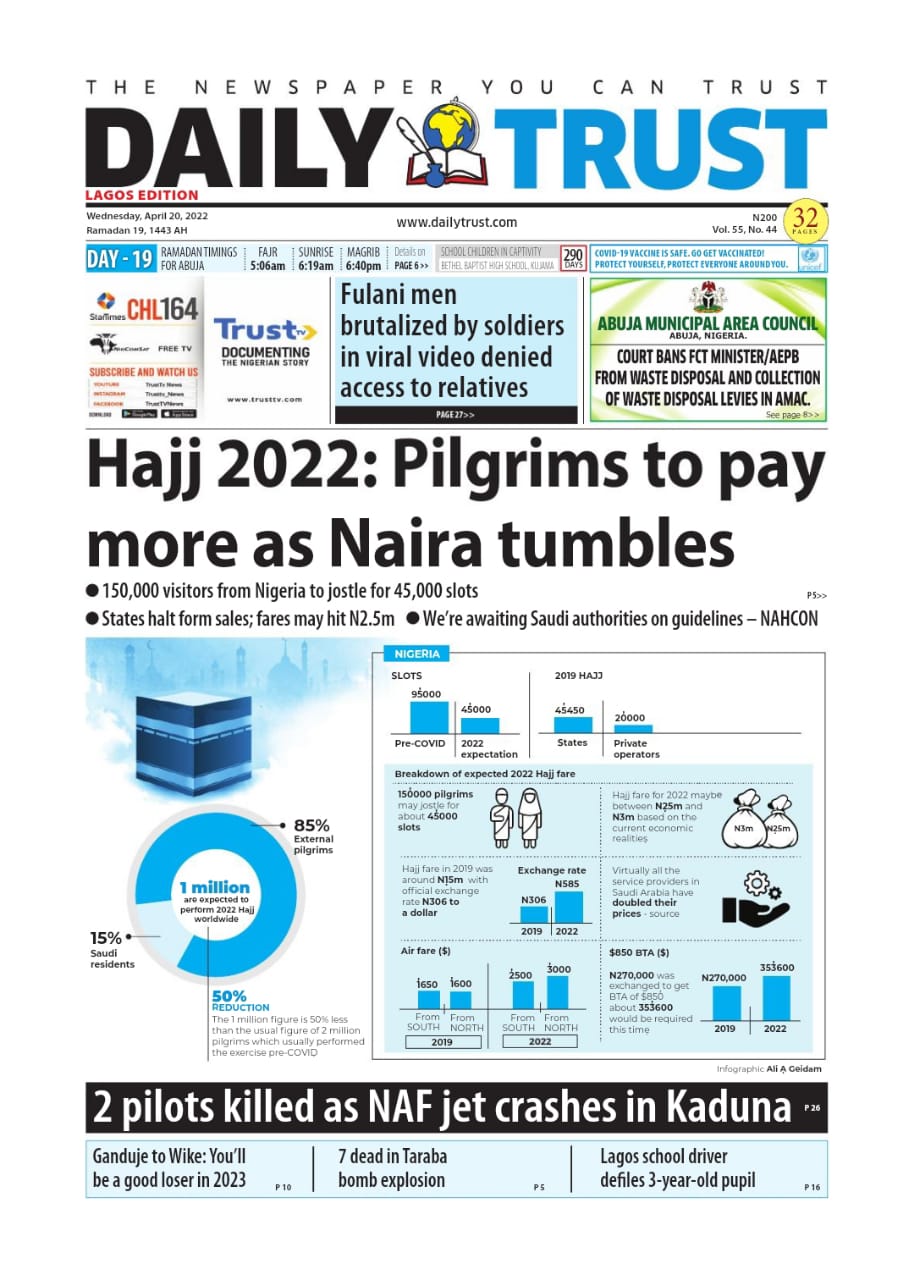 Daily Trust reports that Nigerian pilgrims who want to participate in this year’s Haji will have to pay more due to the high forex rate. The newspaper indicates that seven people died in the explosion of a bomb in Taraba.